Theatres have been enhancing the viewer experience for decades. Indeed, we’ve come a long way from having to wear those tacky red and blue cardboard glasses.

From 3D movies to seat-side service offering booze, you’d think theatres were already offering it all.

Cineplex Cinemas is taking movie-going to the next level. Or next, um, dimension?

Cineplex’s newest 4DX technology is the latest buzz for movie audiences. Cineplex on Yonge-Dundas and VIP will soon be home to Toronto’s first 4DX theatre, bringing the technology to market this summer.

You have to hand it to Cineplex: it’s a clever way to fill seats. But if you thought movie passes were expensive already, think again – these tickets will fetch at least $23 a pop, so it better be a damn good experience.

The senses-stimulating production will literally have you jumping from your seat. The ‘technology’ includes sensations such as scents, wind, fog, and rain – so bring an umbrella. Resembling something from a Disney World ride, you’ll now sit through two hours of climate change. 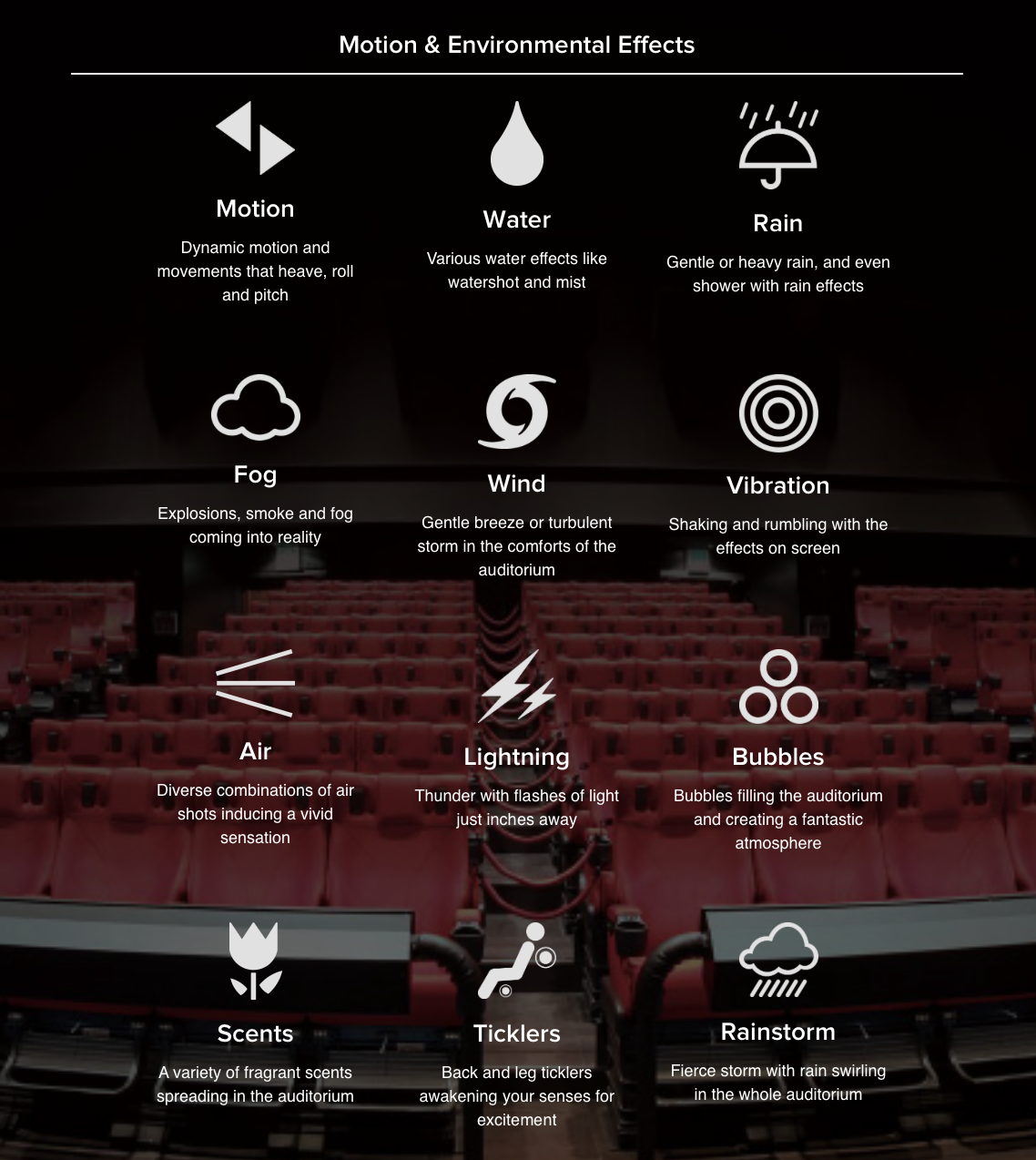 According to CTV, some movies that are already offering the novelty are:

1. Batman vs. Superman (leg ticklers are used to replicate a grabbing sensation)
2. Jurassic World (a light mist is released upon the audience)
3. Need for Speed (scents of burning rubber and gunpowder fill the auditorium)

Effects will have to be catered to each particular movie, and they wouldn’t be suitable for every one – which is probably a good thing. I know I wouldn’t want to see the Revenant in 4D, (I don’t own a parka).

But hey, if you like wet popcorn and random odours, consider this your cinematic dream come true.