There’s no other way to say it: this story angers the hell out of me.

The director of a state-run animal shelter in Taiwan has been found dead, the result of an alleged suicide, after she received heavy backlash and criticism online for having to put dogs to sleep as part of her job. According to local reports, 31-year-old Jian Zhicheng, a veterinary doctor who worked at the Animal Protection Education Park in Taoyuan City, died five days after she injected herself with the same drugs used to euthanize the dogs.

While she was already feeling depressed about having to put the dogs down, it was the online backlash and shaming in the wake of a TV appearance that caused her to take her own life. In a heartbreaking suicide note, she wrote, “A (human) life is no different from a dog’s; I will die from the same drugs that we use to put dogs peacefully to sleep.”

Are you happy now, ruthless social media trolls? Because my blood is boiling. I know what it’s like to have have lost a best friend to suicide, and this behaviour is cruel and desperately unfair. It’s unacceptable.

A year ago, Zhicheng appeared on a TV segment saying that she cried herself to sleep on the first day of work from the guilt of having to put the dogs down. She detailed how the staff at the shelter take the dogs for a walk and give them treats before comforting them as the lethal injection takes place. She also revealed that she had ended the lives of 700 dogs in her two years of working at the shelter.

The thing is, she appeared on the TV show with good intentions, with a purpose of doing so to encourage people to adopt dogs at shelters as opposed to buying them. She had warned that the shelter was at capacity, and that it subsequently had to resort to euthanizing stray dogs after just 12 days if they were not adopted. That didn’t stop the online commentators from both threatening her and calling her everything from a “female butcher” to a “beautiful executioner.” 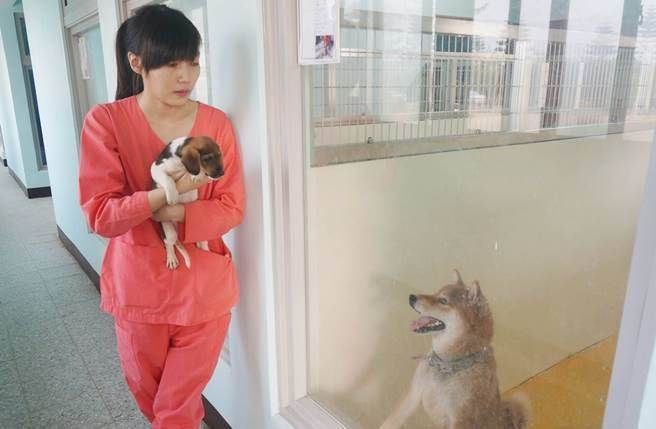 Meanwhile, Jian has been described as kind-hearted and dedicated by her colleagues, who say she worked hard to help bring sick and stray animals back to health before assisting in finding them a new home. The uninformed social media bullies apparently didn’t care. They didn’t seem to understand that the animal shelter capacity is limited and that they were struggling with increasing numbers of animals being abandoned and not adopted. Jian was heavy-heartedly trying to do her job.

Her tragic story is only the latest example of how online bullying isn’t something that’s reserved for junior high students – and it has some pretty damn serious ramifications. You never know what other issues the person you’re so quick to attack is struggling with. Your one comment could literally mark the difference between life or death in certain circumstances.

I speak from experience (and my coworkers can attest); it’s so easy to take comments to heart – even comments made by ill-informed cowards hiding behind a computer screen. Some nasty comments on articles have actually ruined my day, caused stress on a relationship, and resulted in second-guessing myself like an insecure teenager.

In an age when the internet has become the modern-day bathroom wall and the general public has increasingly come under scrutiny in a social media trials for any perceived wrongdoing, it’s easy for some to forget that we are dealing with actual human lives here. These are real lives, complete with feelings and families.

Social media shaming has resulted in everything from lost jobs to reputations ruined beyond repair, and even death.