If you want to be truly successful, you’re going to have to get a lot less comfortable.

That’s the message in Amanda Lang’s latest book, The Beauty of Discomfort, a must-read for anyone who feels stuck in their career, is ready to make major moves, and has a history of loathing change.

Discomfort is something that can have a profoundly positive impact on our success and career growth, according to Lang. As a familiar face in both business and journalism and an example of major #careergoals for countless up-and-coming women (and men), it’s safe to say she knows a thing or two about both change (or discomfort) and success.

The seasoned business journalist is currently the host of Bloomberg North and has a long history of impactful articles in national newspapers and hard-hitting on-air broadcasting, having anchored CBC’s The Exchange with Amanda Lang as a senior business correspondent, and both Business News Network and CNNfn. Of course, we can’t forget about The Lang and O’Leary Exchange. 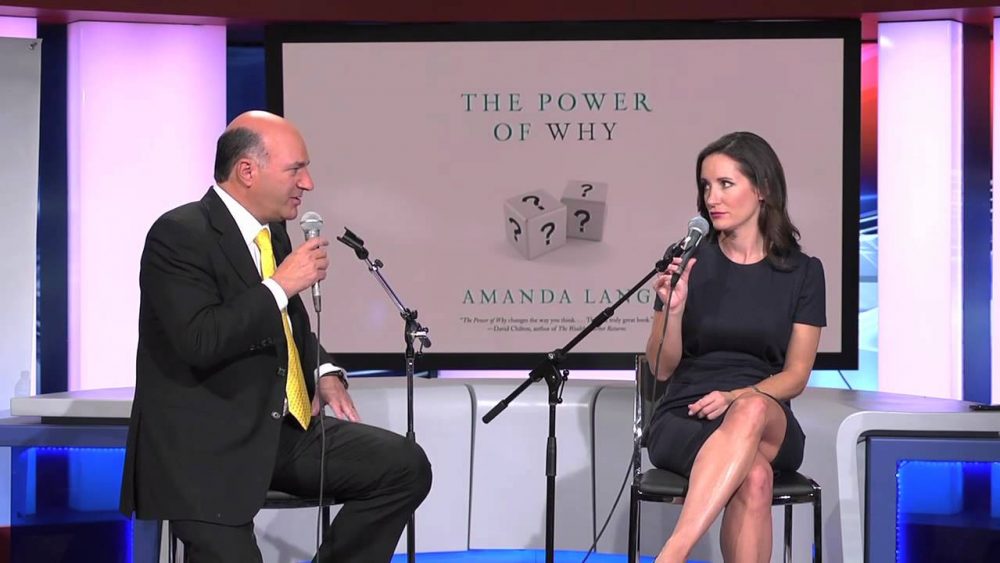 We turned to Lang for some words of wisdom on success:

Embrace change.
“The way I came at this was really through other people, not my own experiences, in the sense that what I realized is that none of us are good at change, and I am as bad at it as everybody else is,” says Lang, who says the insight was inspired by her first book, The Power of Why, which is about asking the right questions and using your curiosity to enrich your life and career. “What I realize is that even when we’ve asked the right questions and we have the great answer, we often don’t act on it,” says Lang. “I became really curious myself about what it is about change – even change for the better – that we find so difficult. When I started to research it – and there’s a lot that’s wrapped around that that is neurological and involves social science and psychology – I became intensely interested for my own sake and for that of others how to change that perception. How can we lean into discomfort so that change becomes a little easier?” Good question. 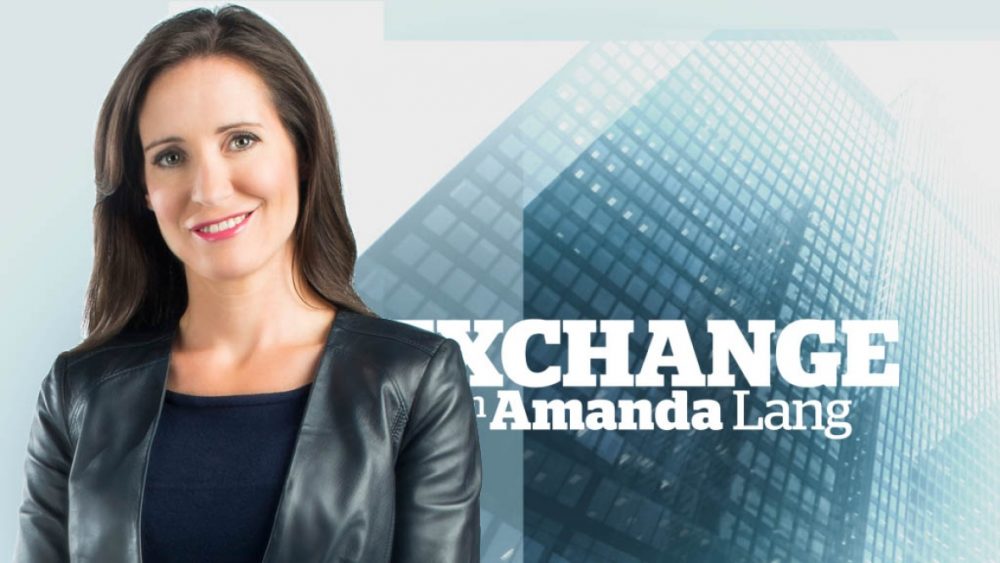 When faced with ambiguity, let your intellect override your emotions.
Change can be anxiety inducing for the best of us, inspiring a mix of internal dialogues that can get overwhelming. But it doesn’t have to be that way; it simply takes a little understanding. “The first step is educating yourself about how the process works,” says Lang. “It’s amazing how powerful it is to understand how you respond to something. Once we know that our first response to uncertainty and ambiguity is to resist, we’re already starting to chip away at that problem. Once you know that’s a problem, you have a shot at tackling it.”

Lang acknowledges that we are all neurologically wired against ambiguity; “We don’t like it, we fear it on a visceral level. It’s almost primal,” she says. But addressing this fear is the first step. “Then, you can use the part of your brain that is the ‘adult,’ so to speak – the prefrontal cortex – that can say, ‘Ok, is it really terrifying?,’ or ‘Is it really something that’s going to kill me, this particular ambiguity I’m facing?’ Often it’s not; we can use our intellect to override our emotions. That’s the kind of tool that people use in different ways when it comes to stress or anxiety,” says Lang.

According to Lang, the importance comes in understanding that the discomfort moment you feel isn’t going to hurt you; and it helps to start small. “It’s about making small changes,” says Lang. “That’s why people always say to start with the tiny things and have those small successes. It’s not just to make you feel good or happy; it’s to reassure your brain that nothing paralysis is going to happen to you after the ambiguity – you’re going to survive. As you get better and better at it – as that muscle gets stronger – you can actually start to see that discomfort as a signal that you’re in a good place; you’re in that magic spot where change can happen.”

Maintaining a sense of balance is crucial.
When faced with both change and hectic schedules, maintaining a sense of balance in your life isn’t just a nice idea – it’s essential. “There are a few things that I need to do to stay level during those hectic periods when it gets to be too much; when it feels like there’s water up to your nose and you’re about to go under,” says Lang. “One of them is that I need lists; I create order by writing things down – it has to be visual. I have to be able to see my schedule and the tasks, which I can break down into sub tasks. Sometimes I look at those lists, and I am not actually doing more than looking at it. It’s calming because it gives me a sense of power and control over what is otherwise a series of steps I have to take that feel quite chaotic.”

For Lang, it’s also all about the good, old-fashioned calendar. “I keep a physical calendar, not an electronic one. The calendar that soothes me is one that I physically hold in my hand,” says Lang. “What helps me is that I can open it up and look at my week and see the whole thing. Each day, I can take it in pieces. If I have a crazy day or a crazy few days, I itemize everything and what and when it’s going to happen. It’s funny; it’s a weird mental sense of power and control over my agenda that helps calm me down a notch.”

Another essential element in the balance department for Lang – and something she admits sounds counterintuitive – is reading fiction. “When I’m really busy and my stress level is running high, I make sure I take time to read fiction,” says Lang. “It has to be fiction – it’s an escape valve. Sometimes I don’t have very long to do it, but if it’s 15 minutes a day, that’s my mental holiday. When I’m not doing that, that’s when I find myself getting into trouble.” She says that a telling sign that she’s gone to a “bad place” is if she has somehow stopped reading fiction. “I will realize it and think ‘Oh oh, I’ve gone off track here, and I will try to get back on,” says Lang. 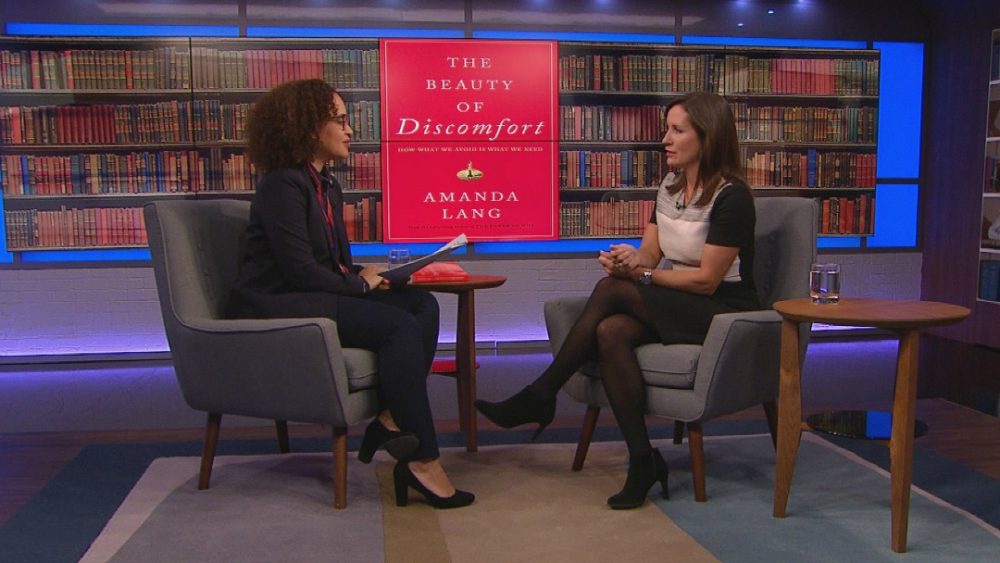 Stick to what you’re suited for.
While Lang acknowledges the difficulty in offering advice to people across all professions, her universal words of wisdom are to stay focused and true to what it is you really want – something that’s simpler in theory for many of us and easier when you’re younger. “Stay focused on why you want to do the thing you want to do, and hopefully, it’s because it matches your innate abilities,” says Lang. “People are most happy when they do the work they’re suited for. That sounds sort of obvious, but a lot of people don’t end up in the jobs they should be in. They end up in jobs they think they should do, or that they have an idea in their head about.”

Lang advises young people to shop around (my words, not hers) career-wise until they find something they’re happy doing. “It may not be the end result you thought, but if your natural abilities are being deployed, that will bring you joy in a way that nothing else will,” said Lang. “That is one of the key pieces.”

The other piece goes back to discomfort. “There’s a lot along the way that you can ignore,” says Lang. “There’s a lot that will happen that should not affect you and you should not take on board. There are some things you need to obviously learn from and change from, but there’s also a fair amount that women especially need to just push through.” She says that concept is a “tough one” because it’s not a message everybody likes. Like it or not, the reality is that our ever-moving world isn’t going to stop for anyone, and an ability to strategically embrace and adjust to change is more of a need than an option.