Ever wonder what it’s like to hit the road on tour with a group of musicians?

That’s why we channeled our inner groupie and joined the Toronto Symphony Orchestra (TSO) for the backend of January’s Florida tour (that, and to escape the Canadian winter). Tour stops included Miami, Daytona Beach, and Gainesville. 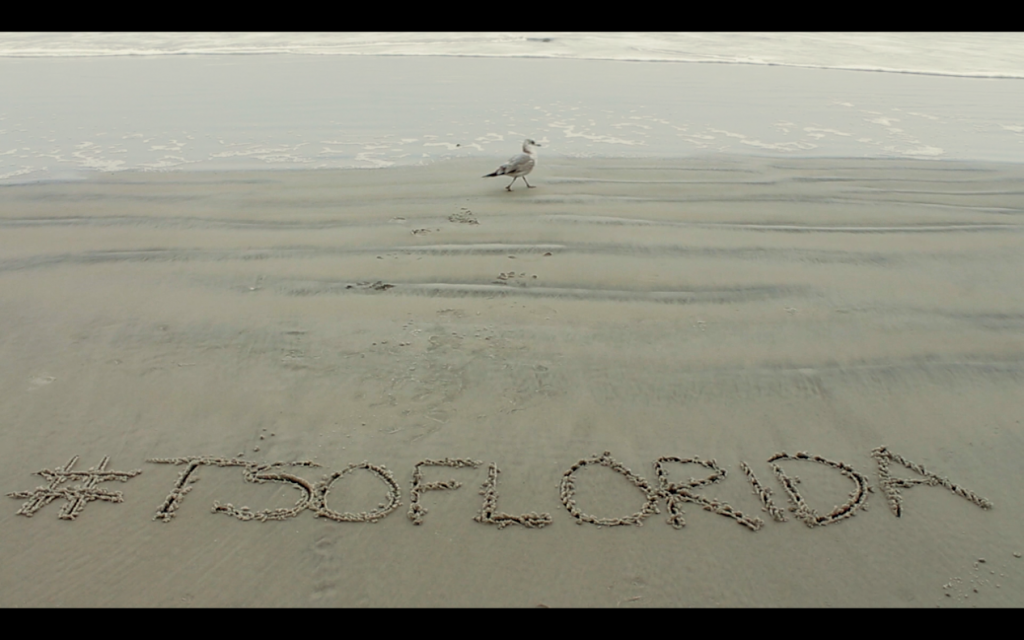 After taking in three back-to-back performances, two things were clear: there’s nothing bittersweet about this exceptionally talented, world renowned musician-filled symphony. And tour life is crazier (and more exhausting) than you could imagine.

Being on tour with the TSO is a massive undertaking. Not only did it involve the orchestration (no pun intended) of 94 musicians, the TSO practically sent their entire staff along for the tour (well, 16 staff members, to be exact). This meant everyone from the production team and the communications staff, to directors of innovation and programming, and the new(ish) CEO, Jeff Melanson. There’s also a touring doctor, with designated daily office hours.

Travelling with such a large group means logistics that would make even the most seasoned event planner’s head spin. As we learned, it’s pretty easy to forget your hotel room number when you’re in a different one each night, and sometimes you wake up in the morning a little confused as to where you even are (and no, not all hotels are created equal on tour; they ranged from a luxury resort to a good old Holiday Inn).

In addition to the powerful performances, the tour was filled with long hours on one of three coach buses through middle-of-nowhere Florida, highway-side pit stops, a little partying (yes, the symphony set knows how to let loose), and pretty minimal sleep. Life on the road can get hectic, and things like traffic add a lot of pressure to already tight schedules. The late arrival into Daytona Beach from Miami, for instance, meant no pre-performance dinner for most of the orchestra, and very limited time to shake off the 5-hour bus ride before hitting the stage. 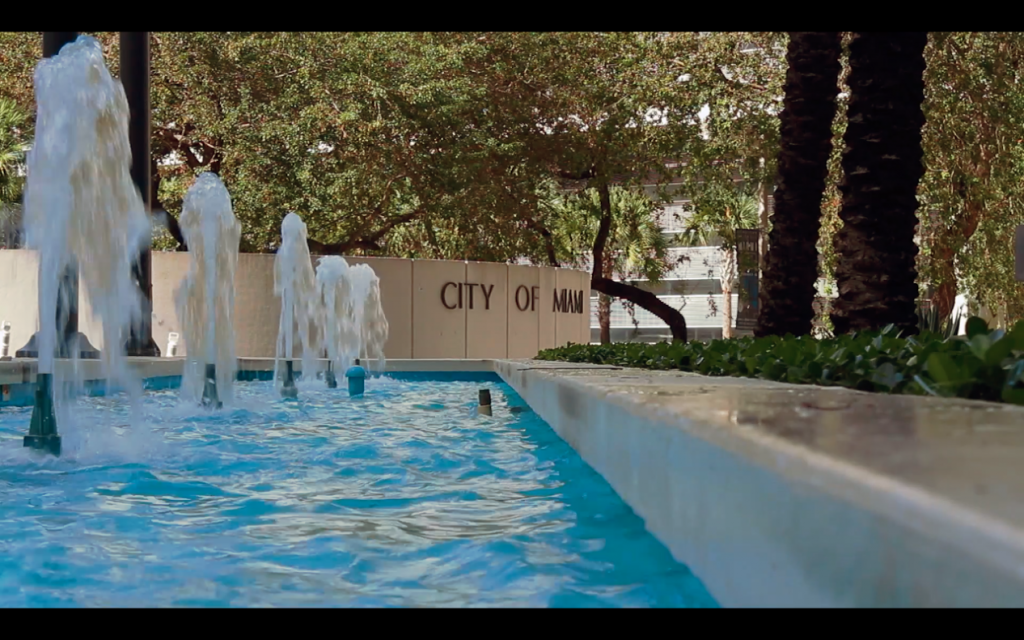 “The difficult time is when you wake up in the morning and you have to do it again, and have to figure out how you’re going to build up the energy,” said Peter Oundjian, the TSO’s celebrated music director and the tour’s conductor. “To do that you actually need to have lows in order to reach the highs at the right time. For some people those lows are quite stressful, especially when you travel. Things go wrong. It’s unpredictable; you think you’ll actually miss the concert in the next town, and that’s pretty nerve-racking.”

While their owners caught up on quiet time on the bus (which, thankfully, was equipped with Wi-Fi), their instruments travelled by truck, some concealed in steel cases that unavoidably look like coffins, preserved in a well-protected, temperature-controlled environment. It’s precious cargo to transport, after all; the truck houses an estimated $5-$6 million in instruments, some hundreds of years old. For some musicians, their pricey (and priceless) instruments even represent their retirement plan.

Aside from the insane logistics (try checking into hotels and airports with that many people and remaining calm), the one thing that was glaringly noticeable: both the audience and the venue had the ability to alter the concert experience entirely. The high-brow, designer bag-toting crowd at the Miami show in the stunning Adrienne Arsht Centre was a stark contrast to the less refined-looking set of symphony lovers who graced the less sophisticated Peabody Auditorium in Daytona Beach. But as we all know by now, looks aren’t everything, and it was the Daytona Beach concert that seemed to have the most favourable audience reaction – and the musicians thought so too, as we overheard in their backstage banter once the show finished.

That post-show energy could be the reason why many of the younger TSO musicians weren’t exactly quick to rush to bed once their instruments were packed away. 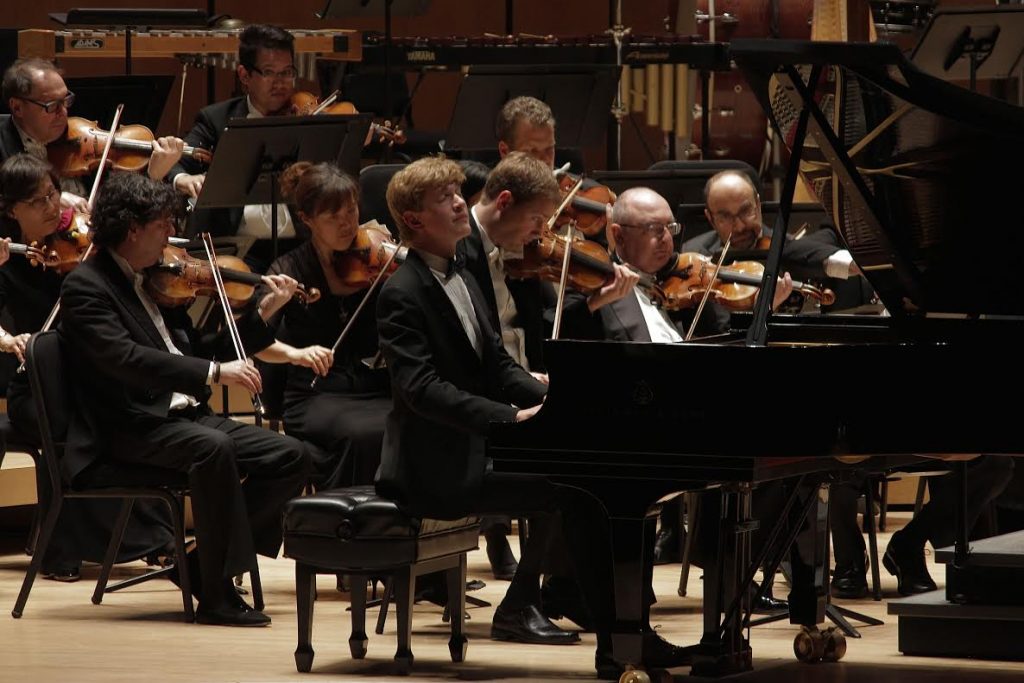 After the Daytona Beach concert, we joined a few of them at Yaya’s, a brilliantly gritty dive karaoke bar that’s stuck in time, with a rough-around-the-edges yet endearing set of characters that you couldn’t make up if you tried. The next night, a few of us found ourselves at an unassuming, BYOB hookah bar in Gainesville until just hours before the morning flight home (yes, it was worth it).

In addition to “scouting weather reports professionally” principal double bass player Jeffrey Beecher researches the area extensively before a tour (he’s the one who found the karaoke bar) in search of sights to see and fun things to do. That’s if there’s time. The jam-packed schedule makes it difficult to really enjoy leisure time, although the group did get a sunny, beach-filled day off in Naples before we caught up with them.

Indeed, “travelling” takes on a different meaning when there are back-to-back shows involved. “As a performer, there is so much preparation for each concert. I usually arrive somewhere, and start practicing or rehearsing right away to make sure I’m in shape for the concert. In my spare time, I’m usually resting in the hotel room to conserve energy for the concert – you have to be at your best on stage,” said Teng Li, principal viola player.

One thing’s certain; the TSO on tour has an undeniable family-like feel. The tour featured a mixed bag of musicians ranging from 20-years-old to over 65. One even brought along her baby. “The best thing about being on tour is getting to know the musicians and seeing new places together,” said 20-year-old piano prodigy Jan Lisiecki. “The worst, but linked to the first, is that we experience every bad experience together, so it’s compounded.”

Just like any other family or workplace, they support and encourage one another – but also have a little fun. Though undoubtedly professional and serious musicians, they don’t take themselves too seriously. In Daytona Beach, a group bet principal harp player Heidi Van Hoesen Gorton to mess with the conductor by playing an extra long solo – and she did (and earned a few extra dollars in doing so).

Not only did we get more into the music with each show, the tour left us eager to explore even more about the TSO and all of the forward-thinking initiatives in its future. Stay tuned for part two of our TSO series, when we bring you all the reasons why you need to check it out now.

In the meantime, learn more about TSO tour life and our time in Florida:

On The Road With The TSO- Florida from Out of the Box Studio on Vimeo.

All photos and video courtesy of PJ Lazic.