It may be the shortest month of the (leap) year, but February has still managed to cram some serious entertainment into every nook and cranny.

And now that sober January is over and there are no excuses to hide at home, it’s time to emerge from under the blankets.

From hot chocolate to human curling and everything in between, there’s enough happening across Calgary to remind you that there really is “no place like home” – and Netflix will still be waiting for you when you get back.

The Wizard of Oz
Follow the Yellow Brick Road all the way to the Southern Alberta Jubilee Auditorium to this new production of The Wizard of Oz. But you’ll barely have time to click your heels together three times before it’s gone again – it runs from February 16-21 with both matinee and evening performances on the weekend. 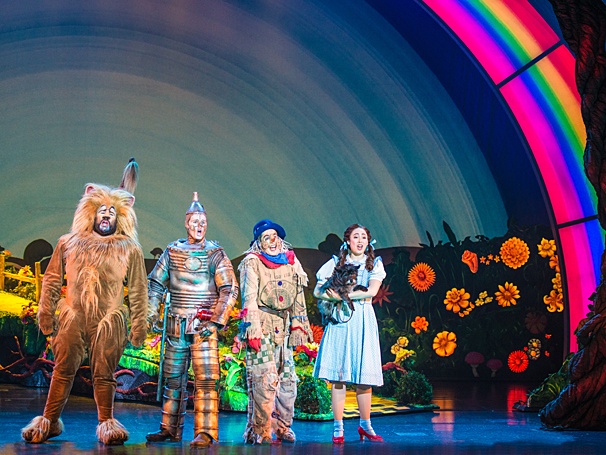 The Peking Acrobats
These freaks of nature will be juggling, cycling, balancing and contorting their way around the Jack Singer Concert Hall on February 6. Plus, the Calgary Philharmonic Orchestra will be providing the soundtrack for the world-renowned acrobats.

Winefest Calgary
Since we Millennials drink more than any other generation, it seems only fair that we should keep ourselves informed on the subject. This festival, on February 19 and 20, allows wine lovers to try before they buy and gain knowledge from wine experts on hand to answer any questions we might have (like, can I have another free sample?)

YYC Hot Chocolate Fest
Fall off the New Year’s diet bandwagon in style this February with a month-long hot chocolate festival. The 32 participating Calgary cafes and restaurants will be serving signature cups of our favourite winter beverage in support of Calgary Meals on Wheels, and you can vote for the best.

Block Heater (Winter Music Festival)
Brought to you by the Calgary Folk Music Festival, this is the inaugural winter music festival that takes place at three live music venues. Running over Family Day weekend, from February 12-14, it will host over 20 local, national and international artists.

The Drummers of Japan – Bakuon
Yamato’s frenzied drumming makes Animal from the Muppets look like a walk in the park. The traditional Wadaiko drums are put to full effect, and the whole performance will shake you to the very core with costume and dance all adding up to one crazy night on February 3. Exposure Photography Festival
Alberta’s only photography festival is in its 12th year and hosts over 25,000 attendees of all age and skill levels. Most of the events, which run all month, are free to the public and showcase work from photography clubs as well as individual work in a series of collections.

An Evening with Zadie Smith
White Teeth author Zadie Smith will be in conversation at the University of Calgary on February 11. The institution’s Distinguished Visiting Writer will be doing a reading and book signing at MacEwan Hall. Although tickets have all been claimed, you can still win one. Head to their website for details.

Gregory Porter
Hip cats and daddy-Os should not miss Grammy-winning Jazz singer and songwriter Gregory Porter live at the Jack Singer Hall on February 19. His blend of blues, soul, gospel and jazz will delight fans old and new – as will his flat cap and colourful vintage suits.

Human Bonspiel
Sign yourself up for a game of human curling (without the sweeping) as teams of four are hurled across the ice as close to a button as possible. It takes place at the Olympic Plaza and all proceeds go to KidSport Calgary as part of the Calgary Corporate Challenge.

Bacon and Chocolate Pairing
Love and marriage go together like… bacon and chocolate? Well, so it would seem. And if you love the sweet and savoury pair, book yourself a place in this special Valentine’s Day event at Willow Park. Because bacon is how all great love stories begin.

Frozen Ocean
Not being near to an ocean or body of water won’t stop Calgary from celebrating the Frozen Ocean with this winter event on February 26. There are cocktails from a custom-built ice luge, winter-inspired menus from Calgary’s finest chefs, and a formal dress code with a nautical twist is encouraged. Bon voyage!

A Red Carpet Affair
This is the closest you’re going to get to the 88th Academy Awards red carpet at the end of the month. So get dressed up and celebrate like it’s the 1950s with champagne, silent auctions, live entertainment and a screening of the ceremony.