Everyone has a song that represents a certain period in their life – whether it’s the pop anthem you screamed at the top of your lungs on that road trip you took with your best friend or the Adele track you listened to after your last breakup.

Sometimes, we listen to it over and over and over again. And if you’re listening to it on Spotify, then they know exactly what songs you have on repeat.

While having all that intel is super important to ensure their users get that curated listening experience we all know and love, the popular music streaming company decided to have a little fun with it instead.

Spotify’s new ad campaign puts its listener data to use in a way that most people can relate to – whether we admit it or not.

As AdWeek reports, a campaign that began to roll out this week in the U.S., the U.K., France, and Germany uses both aggregate and personal data to highlight some of the more bizarre user habits it noticed throughout 2016. 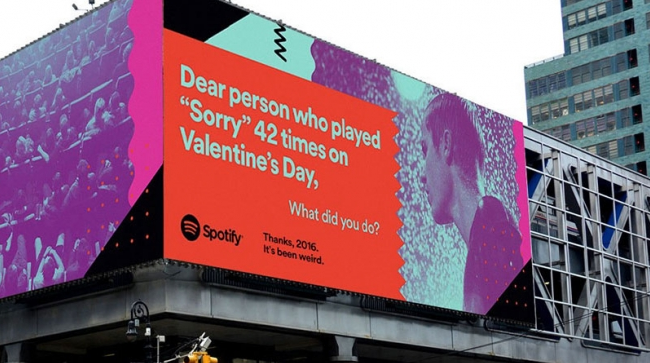 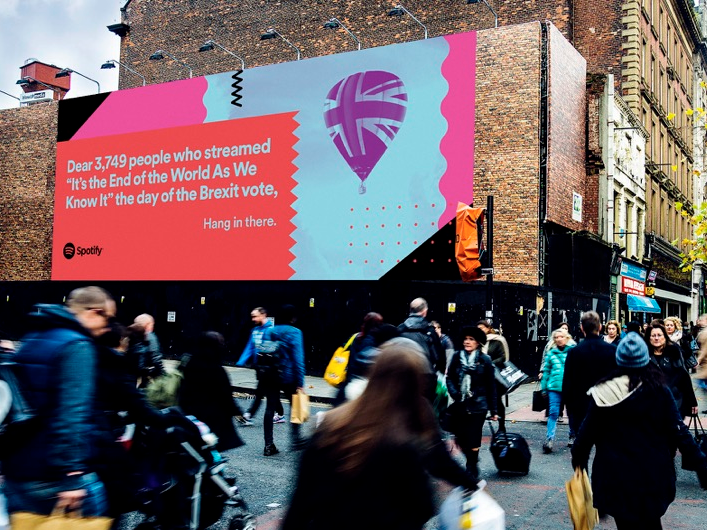 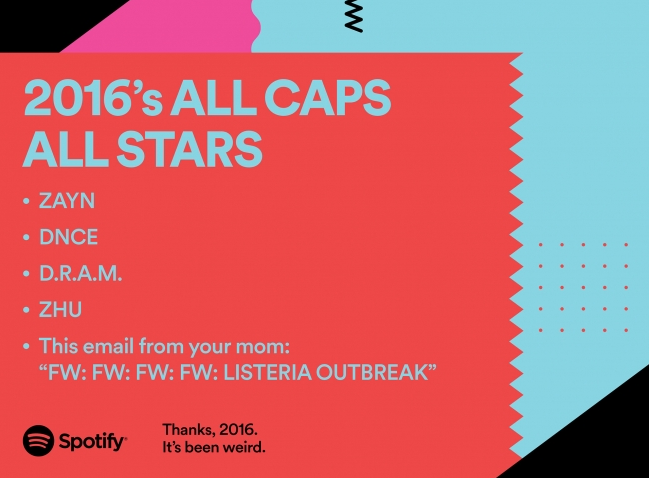 As AdWeek points out, the campaign marks an interesting and engaging way to humanize technology and to evoke an emotional reaction that most of us can relate to (it also makes us feel a lot better about our own weird behaviour).