Supporting acts Kardinal Offishall, K’naan, Jully Black and others hit the stage before the main attraction raised the roof. Ms Lauryn Hill (mother of six!) unleashed hyper versions of hit after hit on the crowd until it all ended around 1am with a hands-in-the-air-bootie-shakin’ rendition of Doo-Wop (That Thing). Unforgettable.

ONEXONE was founded with the philosophy that every single life is precious and that as individuals we can make profound changes in the lives of other human beings, one by one. ONEXONE’s mission is to improve the lives of children in North America, Haiti and around the world with programs dedicated to five fundamental pillars: water, health, education, play and food. 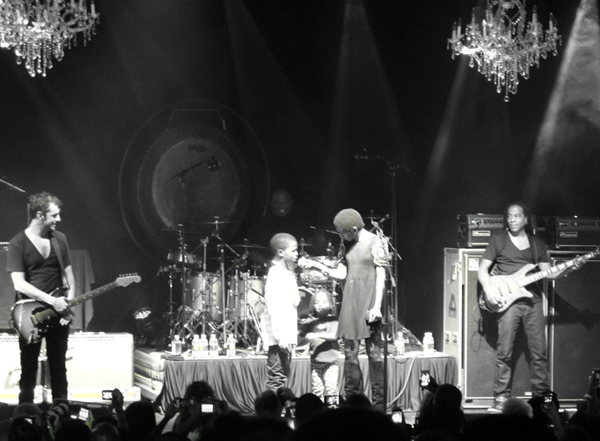 Now, everything is everything
What is meant to be, will be
After winter, must come spring
Change, it comes eventually

Sometimes it seems
We’ll touch that dream
But things come slow or not at all
And the ones on top, won’t make it stop
So convinced that they might fall
Let’s love ourselves then we can’t fail
To make a better situation
Tomorrow, our seeds will grow
All we need is dedication

-Everything is Everything, The Miseducation of Lauryn Hill, 1998