Attention cyclists, now is your time to have your voice heard.

And we’re looking at all 54 per cent of you fellow Torontonians who are cyclists.

As part of the planning and development of Toronto’s 10-year Cycling Network Plan, the city wants input from the public on its interactive draft map of proposed bike routes and areas of study.

The map is the product of continuous research and public input carried out throughout the first phase of the project. Phase 1 begins to identify areas of the city and roads of priority when it comes to the creation and upgrade of new or existing bike lanes.

The city’s study takes into consideration the daily routes of the city’s cyclists, their design preference, and their concerns when it comes to traffic. 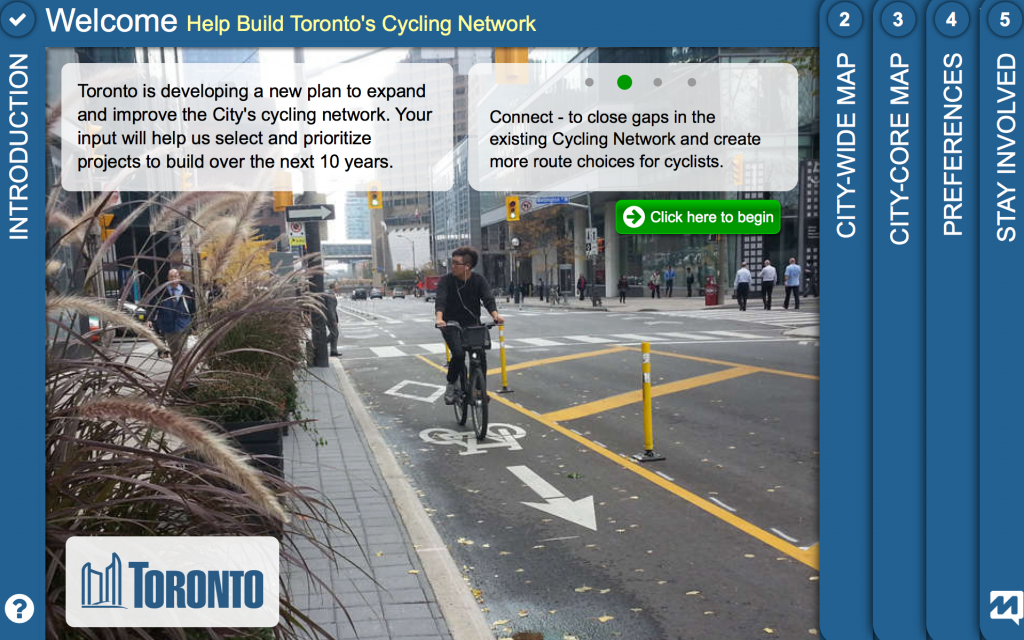 To get your two cents in when it comes to the development of the city’s cycling strategy, you can do so either via their interactive map, public consultations, or the Toronto Cycling App.

The draft map kicks off Phase 2 of the Cycling Network Plan and is designed to spark a dialogue on the future of Toronto’s cycling culture by identifying proposed routes on “Quiet Streets,” “Fast Busy Streets,” and “Proposed Major Corridor Studies.”

Major corridors of consideration for citywide connections include Yonge Street, Bloor Street, Danforth Avenue, Kingston Road, Midland Avenue, and Lake Shore Boulevard in Etobicoke. Moving forward, a full traffic study will be initiated to asses the impact of such routes and involve all relevant stakeholders.