Following in the footsteps (or should we say tire marks) of Vancouver, Toronto is becoming another bike-friendly Canadian city.

Just last week the city announced it was installing a 2.6-km bike lane along Bloor St., and now a Toronto startup is contributing to the change with the launch of its gesture controlled bike signal light that is aimed at keeping cyclists much safer on city streets.

According to Pax Cultura Studios, the startup behind the project, each year in Canada 7,500 cyclists are seriously injured in traffic accidents with 34 per cent of all fatalities occurring at night. Pax Cultura Studios wants to be able to reduce this risk with SIX — the world’s first gesture-controlled turn signal.

The device is small enough to fit inside your back pocket or it can be clipped onto a backpack, bike, or even the shoulder of your jacket. By simply moving your arm up or down — as you would when you’re indicating what direction you’re turning — you can trigger a signal on SIX, which will then light up with bright LED lights and motion to what direction you want to go.

Riders can choose between custom light patterns, such as “Classic”, “Blue Steel”, and “Knight Rider.” 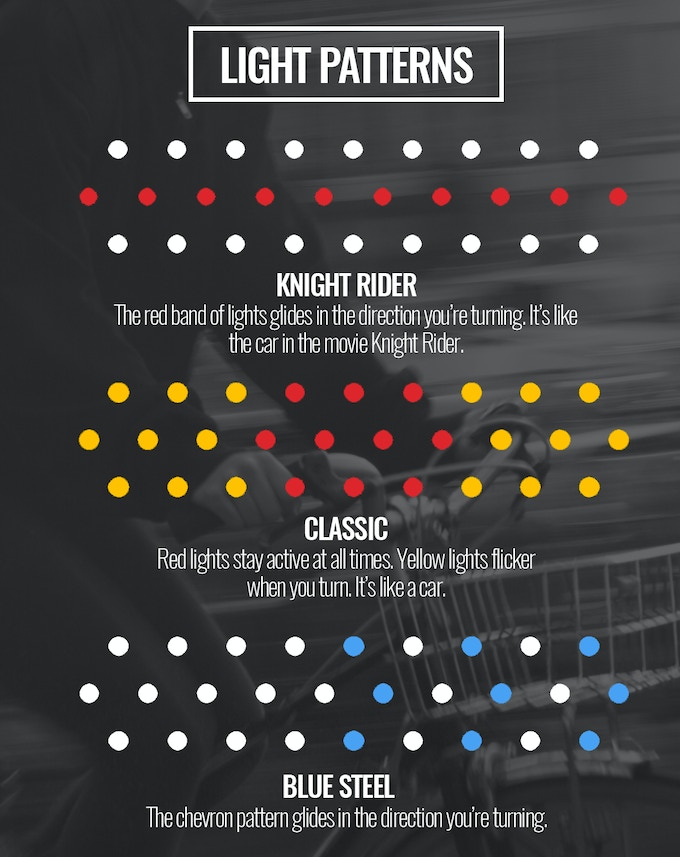 SIX can also pair with your smartphone and wearable technology — like the Apple Watch, Myo, or Android Wear and then alert you of battery loss or disconnection, so you’ll never have to lose another bike light again.

The device is currently available on KickStarter and has received almost $3,000 of its $8,000 goal and will be available until May 25th. Just keep in mind that once you arrive safely, you should still never leave your bike unattended on one of these Toronto streets.