Having your bike stolen in Toronto is just as much an inevitability as getting into an altercation with a motorist while you’re cruising on two wheels.

Which is to say: it happens a hell of a lot.

And while you can’t do anything about the staggering number of thieves who roam our streets like a pack of hyenas, you can at least keep your bike away from spots where it’s most likely to be poached.

The Toronto Star recently analyzed bike thefts reported to police in the past five years to determine which Toronto streets are home to the most thefts.

Conclusion: your bike stands no chance in most of downtown.

As the map below highlights (click here for an interactive version), bikes are stolen in highest frequency in and around the financial district. 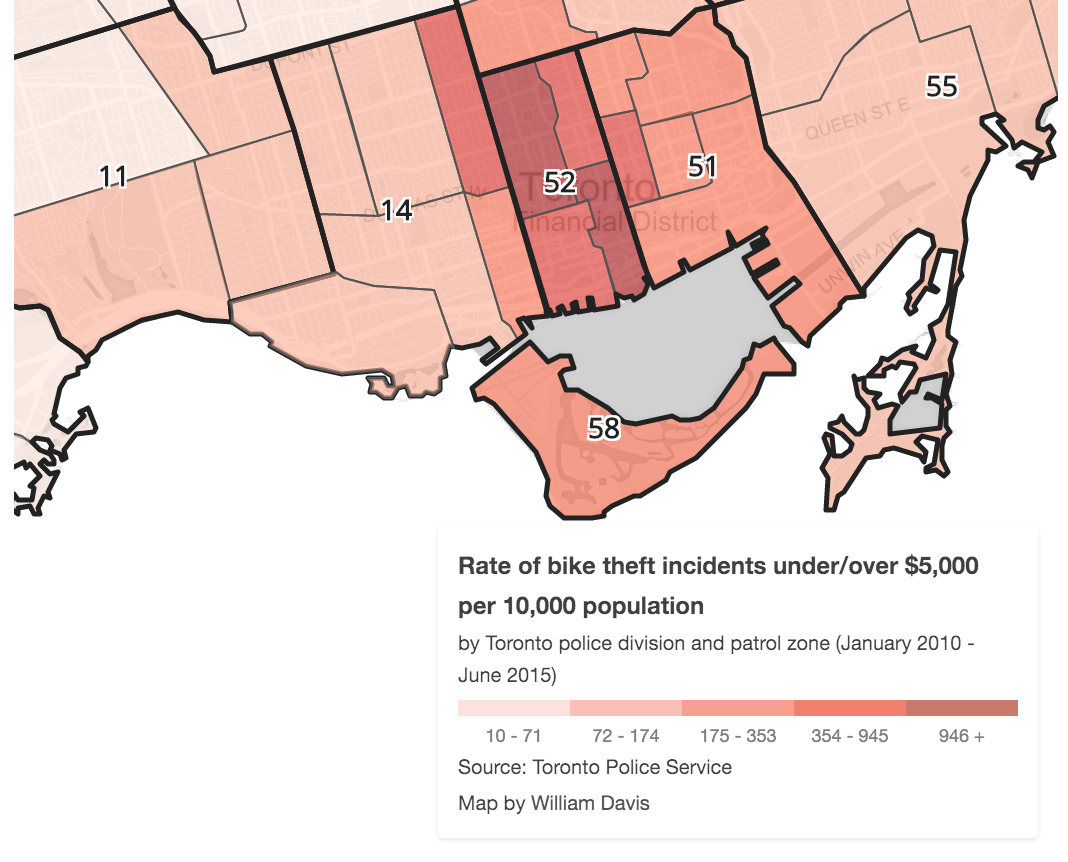 A few more stats from the Star‘s analysis:

That’s almost 20,000 bikes stolen in five years, not counting those that go unreported.

According to Toronto police, most thieves steal bikes as a quick means of transportation – perhaps to make it to the poutine shop before it closes after the bar or because it’s too cold to walk a few blocks. The second group includes members of organized operations who scout higher-end models to sell outside of Toronto.

So, what can you do about it? Apparently not much.

“Right now, for fewer than $100 at Home Depot, you can buy a battery-operated angle grinder with a rotary blade at the end that can cut through anything,” says former Toronto Bicycling Network technical director Ken Miller.

Perhaps something he shouldn’t have said.