“Having a life and living” are two undeniably crucial elements of enjoying the one (hopefully) 80-odd year stretch of consciousness we’ve been granted on this fine earth.

But these two relatively achievable ideals, according to Swiss entrepreneur Petter Neby, are being destroyed by our addiction to smartphones.“I think the ‘always on’ life is probably even worse than having a poor diet,” says Neby, who’s set out to help us rediscover the lost art of conversation and the spontaneous beauty of chance encounters.

To do that, his consumer electronics company Punkt has designed a phone that goes back to the basics – all the way back to T9 and mono ringtones. The latest model is MP 01, which excels in talk and text functionality.

And that’s about it. 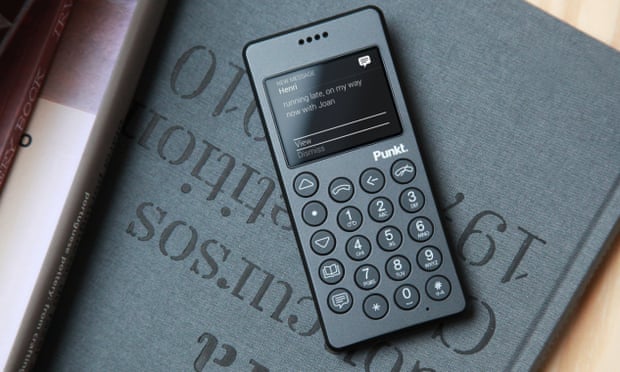 Marketed as “a simple mobile phone for smart communicators,” the MP 01 is the distracted driving law’s fantasy, demanding almost no attention and void of anything that could be a potential distraction. Somehow though, it still costs almost $500.

Extra features include a calendar, address book for up to 3000 contacts, and the ability to leave yourself notes on the home screen.

“I think we are more aware than before of feeling stupid looking at our screens,” says British industrial designer Jasper Morrison, who worked on the phone as Punkt’s artistic director. “This is about taking back your life. It’s serious stuff,” adds Neby.

While previous attempts to simplify smartphones have tanked, a niche movement of consumers looking to shut off from technology – even if only periodically – lends the device some market potential.

We just hope you’ve kept your Polaroid camera and iPod around.