Another day, another offensive advertisement courtesy of Gap.

On first glance, you might just see a pair of cute kids in preppy clothes. But when you dig a little deeper, you’ll see that there are some pretty sexist undertones.

In the ad, the girl was called a “social butterfly,” whereas the boy was deemed a “little scholar.” 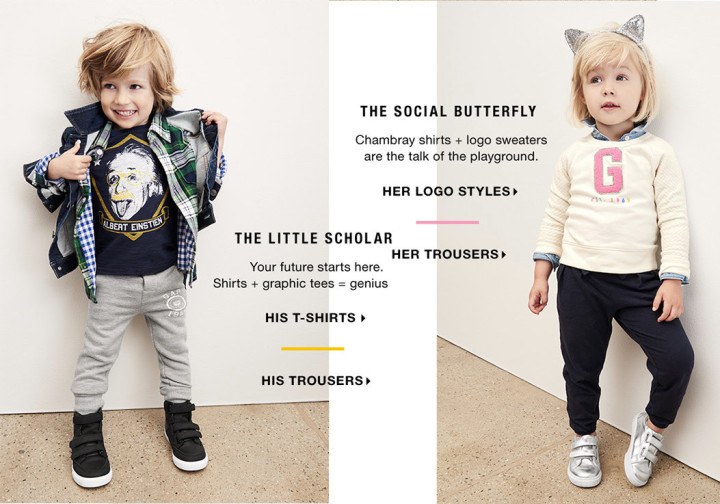 And, in a somewhat ironic twist, the boy’s T-shirt also misspells Albert Einstein.

While it might not seem like a big deal, it’s these kinds of messages that reinforce harmful gender stereotypes. It’s a fact that women are hugely underrepresented and underpaid in STEM careers (Science, Technology, Engineering and Maths), making up roughly 22 per cent of the workforce in Canada and earning 7.5 per cent less.

Additionally, studies show that girls lose interest in math and science during middle school, which isn’t surprising when even clothing advertisements suggest that their social status is more important than their intelligence.

After receiving a lot of backlash online, a Gap spokesperson told Glamour magazine that the company did “not intend to offend anyone.”

“Gap brand has always stood for individuality, optimism and creativity,” said Gap spokesperson Liz Nunan. “Our intentions have always been to celebrate every child.”

This isn’t the first time one of their children’s ads have been the subject of controversy either. Just a few months ago, many people took issue with the below ad for their new line of athletic clothing. While the three white girls in the photo are in strong, powerful poses, the only black girl in the photo is essentially being used as an armrest. 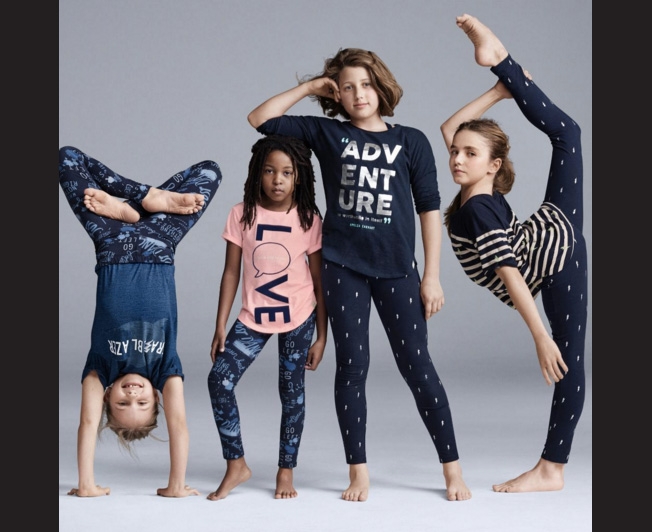 The company again issued an apology to “anyone [they’ve] offended.”

At the end of the day, it’s easy to dismiss controversies of this nature – we’re talking about kids clothing here, after all.

But even if these ads aren’t blatantly sexist or racist, it does seem to indicate a certain tone-deafness on Gap’s part that is likely the result of a problematic lack of diversity in the world of media and advertising,as writer Zeba Blay thoughtfully points out.