On a day when your newsfeed’s full of aspirational first-day-back-after-the-holidays messages, we also have a little reality check for you (sorry).

The top CEOs in Canada had already made the average Canadian salary by lunchtime today.

In a report published today, the Canadian Centre for Policy Alternatives examined salary information from 249 TSX-listed companies to reveal that the country’s 100 highest paid CEOs took home an average of $8.96 million in 2014.

As reported by The Toronto Star, the 98 men and two women earned Canada’s average salary by 12:18 p.m. on the first work day of the new year for many people, and the average minimum-wage worker’s pay by just after 2 pm on New Year’s Day, a paid holiday. Adding insult to injury, many of the CEOs actually made more than the near $9-million average once things like bonuses, stock options, and pensions were added to the equation.

So, who are these said CEOs we all love to hate?

Blackberry’s John Chen topped this year’s list. His total compensation, according to the report’s calculations, was $89.7 million. Although his $341, 452 base salary was among the lowest of the CEOs, researchers calculate his shares in the company to be worth around $88 million. This generous share-based compensation accounts for the majority of his income. 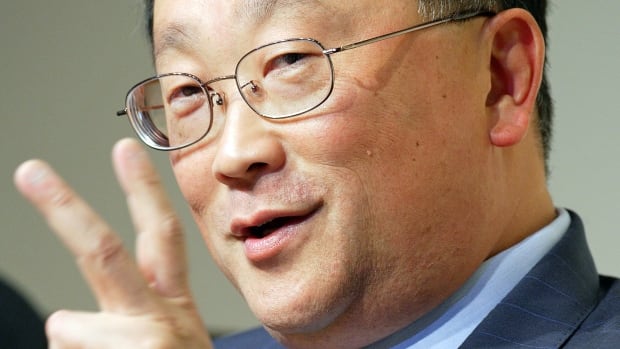 The second on the list, CEO of Magna International Inc. Donald Walker also earned a relatively “low” base salary of $358,924, but made up for it with an additional $11.6 million in bonuses. The bonuses and other rewards brought his total compensation to $23.4 million.

The “biggest bonus award,” however goes to the third highest-paid CEO, Gerald Schwartz of Onex Corp. He received a $19.7-million bonus in 2014.

If that news makes you either sick to your stomach in disgust or envious with greed, you can at least take comfort in the fact that the average CEO pay in 2014 was actually down two per cent from the year prior. In 2013, the CEO’s average pay was $9.2 million, the highest since CCPA began its tracking initiative in 2008, the report found.

The not so encouraging news? Despite this change, the almost decade-long trend has been toward increasing payment packages, with compensation up 22 per cent in 2014 from 2008. During the same time period, the salary of the average Canadian rose 11 per cent.

According to Hugh Mackenzie, a research associate at the centre, it’s not known whether the dip in 2014 is a sign of any sort of lasting change, although he personally feels it could be a blip.

According to Mackenzie (as reported by The Toronto Star), the shift could be a response to criticism of the use of stock options for compensation. The practice is scrutinized in the way the options are taxed at half the rate of the base salary.

“So from an after-tax perspective, a dollar received from the exercise of a stock option is worth two dollars of salary income,” said Mackenzie, who advocates that reforming the tax system may be a good solution to the excessive compensation. He told The Star that other methods like shareholder votes, or say on pay, or a board of director oversight have not worked.

Mackenzie sites the real problem with including shares in CEO compensation packages is a false incentive that does not reflect the value they add to a company. He says that most of the compensation of the executives is not based on how their companies performed in the real markets, which the leaders have the ability to influence. Instead, it’s based on the performance of the shares of the company in a market in which the executive can’t control.

During his campaign, Prime Minister Justin Trudeau pledged to limit the amount employees can claim through stock-option deductions, but has since revealed that this will only apply to new stock options that have yet to be granted.