A lot of people make a lot of noise about things like the housing market, manufacturing sector, interest rates, and tax brackets to paint a picture of Canada’s economy.

Usually with a very specific agenda to push.

You’ll see one side nitpicking a host of pseudo-facts and obscure narratives to portray our country as the next great global economy, while another employs the same strategy to argue we’re borderline Third World. Quite frankly, it’s tough to know exactly where we stand beyond having a gut feeling that tells us “things are pretty good, I guess.”

So, what can we actually expect this year? Bloomberg just released 10 numbers that will tell Canada’s economic story in 2016 – cold, hard facts that are about as objective and reliable as they come given a few more radical shifts in the price of oil could render any economic analysis of this kind utterly futile.

They are as follows:

GDP: 1.8 per cent growth
New Year, same underwhelming growth. For the second consecutive year, Canada’s GDP is expected to grow by less than two per cent –only the third time the country has recorded back-to-back years of sub-two per cent growth since the end of World War II.

Manufacturing exports growing by 10 per cent
Exports from the country’s five crucial manufacturing sectors – industrial machinery, electronics, motor vehicles, aircraft and consumer goods – each grew at a pace exceeding 10 per cent last year through October. Such growth is essential to a strong dollar, so it better continue. 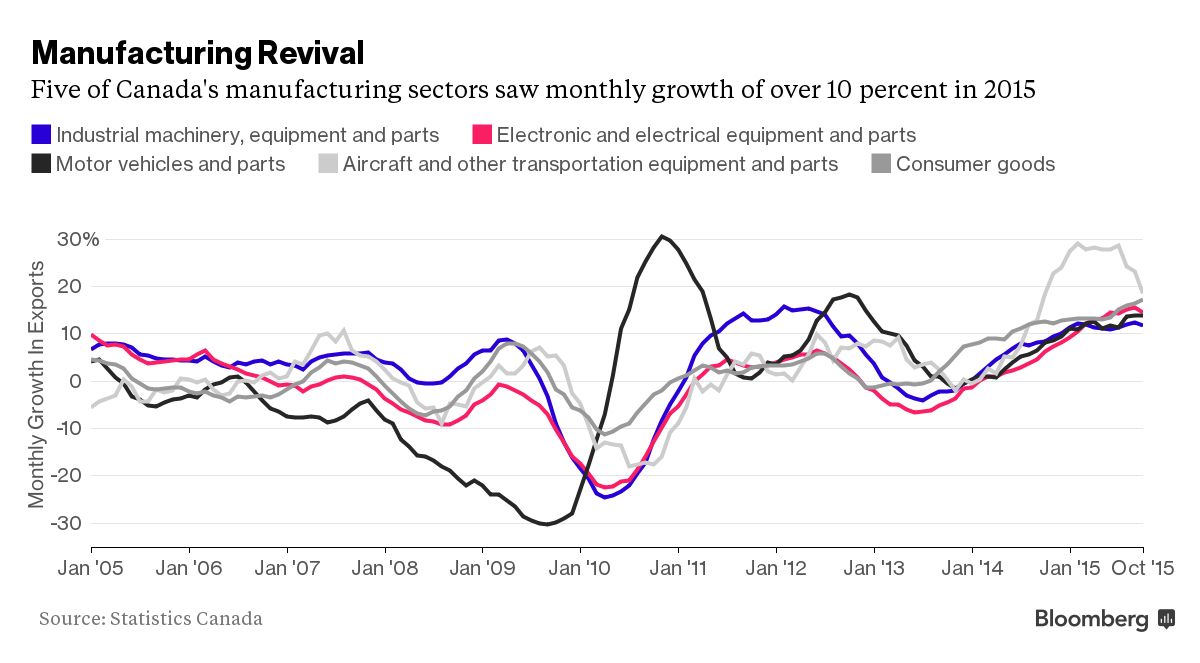 1956: The second-most recent time our commodities were worth so little
The 2008 recession was an anomaly; everything sucked. Which is why it’s so concerning that, outside of that extremely rough economic patch, we’re about to enter the worst period of export price relative to import price since 1956. We’re earning less for every unit of oil, metal or wheat we produce on the back of last year’s commodity price collapse, which won’t be revived anytime soon. 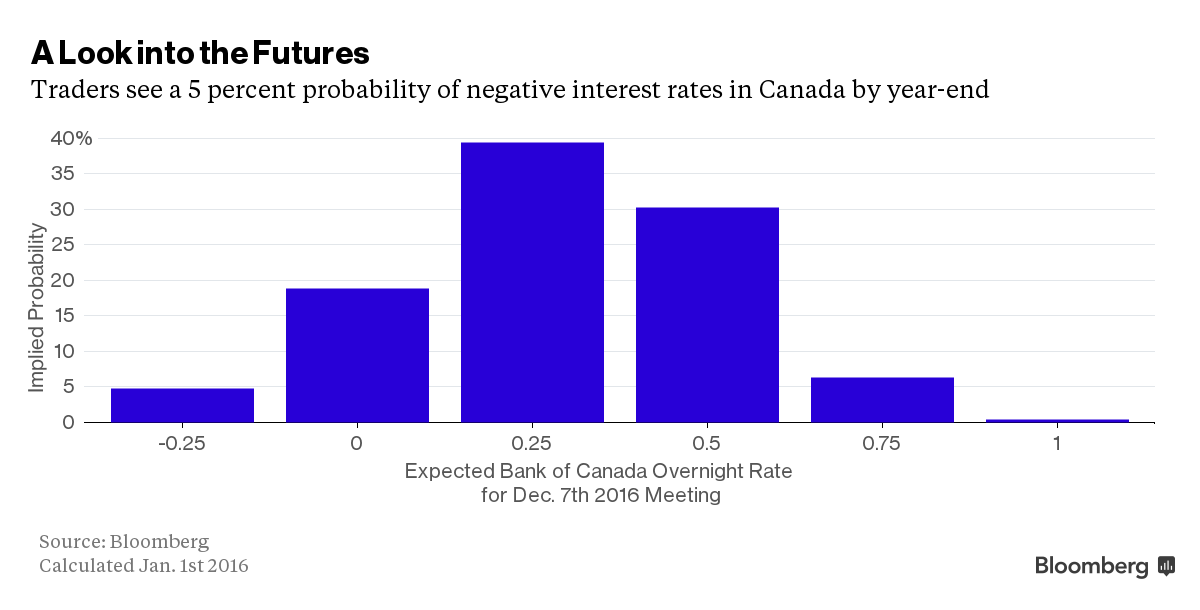 $141 billion in deficits
“Deficit” is a dirty word in economics – but so is subpar infrastructure and low economic growth. Prime Minister Justin Trudeau and Finance Minister Bill Morneau may run $141 billion of cumulative deficits over the next five years to boost the aforementioned concerns.

$3 million: too many Vancouver homes are selling above this price
Over 80 detached homes in Vancouver were sold for over $3 million in November 2015 alone. You can blame record indebtedness, inflated home valuations and over-investment in condominiums, none of which are expected to alleviate in the foreseeable future. 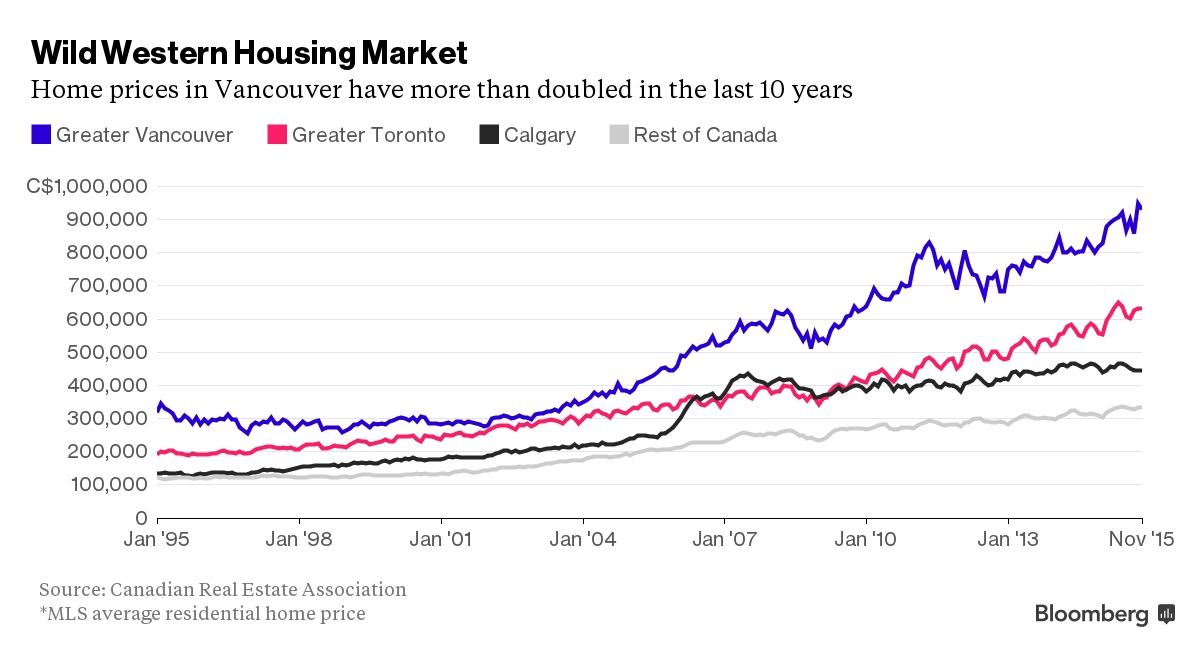 $482 Billion in currency and profits
That’s the amount Canadian non-financial companies hold in currency and deposits, which is a record amount both in absolute terms and as a share of total assets. That’s a lot of ready-to-invest capital.

61.76 U.S. cents – if our loonie falls below this threshold, it’ll be the worst Canadian dollar ever
The loonie fell 16 per cent last year and 26 per cent since the end of 2011. If it continues this decline in the face of deflating commodities, it could become the lowest value Canadian dollar in history, trading at 61.76 U.S. cents. That’s only 14 per cent below current levels.