I love many things about my life when I’m single – I really do.

Aside from the obvious answer – “time to focus on myself and my career” – the best thing about being (pretty much) unattached is that day-dreamy feeling that something great could happen at any given time.

Something – or someone – totally life-changing could find its way into your life tomorrow, whether in line at the bank or at a friend’s BBQ.

You can look forward to having those high school-like butterflies, that goofy, dead-giveaway grin on your face as you look down at your phone, and a magical series of first everythings – steamy kisses, vacations, special celebrations…

And yeah, that’s pretty exciting, especially with the prospect of a summer fling or romance now on that beautiful Canadian horizon.

In conversations with single girlfriends, however, a few common themes emerge – things that make something that should be fun, exciting, and organic (that being dating) kind of the most annoying and tedious thing on earth.

As in, I would rather stay in and watch 20/20 in my sweatpants on a Friday that deal with it most of the time.

It’s these 7 things that make dating in the city plain annoying.

1. When people assume they know you based on social media
I have the same problem with the idea of meeting someone via social media as I do online: an online profile is usually an idealized version of yourself. It rarely hints at anyone’s faults, or the chaos in their lives. Judging on experience, it just seems unauthentic when someone professes their admiration for you via text when the two of you have never met in person. Trust me, you could very well be disappointed when it comes to meeting in (gasp) the real world.

I only know how to look cute, I swear.

2. When text message banter is more tedious than work emails on a Sunday
On the topic of text messages, if you’re going to interrupt any fellow needing-more-hours-in-the-day young professional with a text message, you should probably be smart about it. When replying to a text message feels like homework, it makes being single feel dauntingly depressing. Be funny, be witty, be flirty – be anything other than generic when it comes to text message banter. Basically, show off that personality you’ve been developing your whole life. 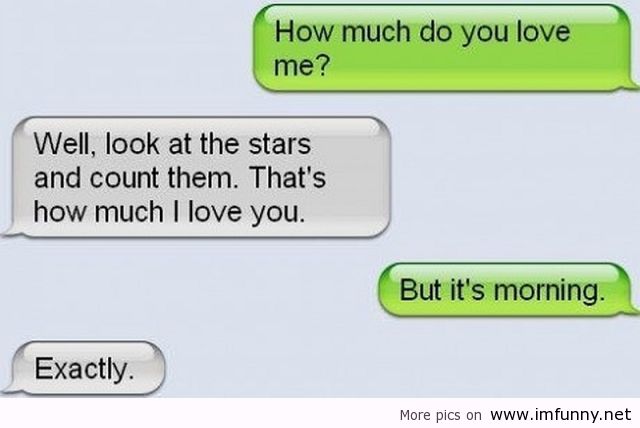 3. When you can’t meet someone that one of your friends hasn’t dated
In was difficult to meet someone your good friend hadn’t dated (and I use the term ‘dated’ loosely) in the ever-so-interconnected city a few years back. Now, with things like Instagram and Tinder in the mix, it’s pretty much impossible. In Toronto, at least, the singles scene is more incestuous than ever. What’s worse, though, are the type who try to make dates with you and one of your friends in the same week (oh, it’s happening).

4. The fact that nobody has time to meet in person
Maybe it’s just me, but there’s nothing organic about a string of text messages (especially those tedious ones) or emails with someone you’ve never met in person. But the problem is that nobody has the time to meet in real-life. And – let’s be honest – most of us have the same thought: if I don’t have time to see my actual friends and family, why would I dedicate an evening to a total stranger, who could be disastrously disappointing in person? Right?

But actually, you have 24 hours every day.

5. For some, a fast-paced life accelerates the dating process
I get that life in the city is fast-paced and accelerated, as well as the fact that some are in more of a rush than others for the white picket fence and diapers. But if you’re in the market for something sustainable and serious, you’ll need to make some adjustments in your life to accommodate someone else. Meaning, it’s a big deal to enter a relationship. That’s why nobody wants to feel smothered or like they have someone answer to after a first date. As in, don’t hastily question why I didn’t have the time to stop by your work to say hi on a Tuesday the moment I post a shot of the art exhibit I was checking out for work if you’ve known me less than a week (hypothetically speaking).

It’s a metaphor, and Vin Diesel represents rational choices (and is therefore missing).

6. There are too many options available
I mean, it’s better to have too many options than a shortage, but an overload – thanks again to dating apps and social media – isn’t doing anyone any favours. Never wanting to – shudder – settle, most of us young professionals maintain a roster of ‘persons of interest,’ while in constant pursuit of the next best option. Of course, that makes it difficult for us to commit and for others to commit to us. At that point, though, you may be tempted to settle just so you don’t have to hear your friends and family question why you’re still single.

7. Nobody needs anyone
Any successful (or on their way to becoming successful) young professional has had to pound the pavement in a major way to arrive where they are now. Meaning, most of us have learned to fend for ourselves, and have gained a heightened sense of independence in doing so. We don’t need anyone else. Coupled with the fact that there’s something different to do every night of the week in our cities, deciding to commit to someone else seems a bigger deal than ever. Then again, maybe that’s just me.

When it comes down to it, the hope is that most of us can be so lucky to date and fall in love the old-fashioned way.