Even for the least star-struck set, it’s pretty impossible not to feel in awe when in the presence of Stevie Wonder.

It simply doesn’t get more legendary than the 65-year-old music superstar.

So when he hit the red carpet at Saturday’s David Foster Foundation Miracle Gala and Concert rocking his signature braids, it was no surprise that the line of eager journalists suddenly felt like a mosh pit as we all fought for position.

Founded in 1986 by producer and musician David Foster, the David Foster Foundation Miracle Gala and Concert raises funds for the non-medical expenses of Canadian families with children undergoing life-saving pediatric organ transplants. This year’s Toronto event featured a star-studded lineup of performers, with talent like Peter Cetera, Kiesza, Michael Bolton, and – of course – David Foster himself.

It was Stevie Wonder, however, who set the red carpet into survival of the fittest mode for the media and later filled Instagram with pictures and videos of his stunning performance.

It’s pretty impossible not to love Stevie Wonder, after all. Not that you need convincing, but here are 7 reasons why he’ll never go out of style.

1. He Has Serious Stamina
Stamina is one word anyone can confidently associate with Stevie Wonder – and it has been throughout his entire career, which began when he was just 11-years-old. On Friday, the 24-time Grammy Award winner took the stage as the opening night headliner for Las Vegas’s Life is Beautiful festival, and didn’t take a break once throughout the two-hour, 20-song set as he wowed he crowd with his classic ballads, and closed with “Superstitious,” “Sir Duke,” and “Living for the City.” Less than 24-hours later, he was all energy while walking the red carpet at the David Foster Foundation (DFF) Gala. When it comes to stamina, he kind of needs to have a lot of it these days – he welcomed his ninth child in December.

2. He Still Steals the Show
Despite his age, Stevie Wonder still seems to steal the show, no matter who his fellow performers are – just ask anyone who was at this past summer’s Wayhome Music Festival. Publications like Billboard just hailed Wonder for doing just that again on Friday at the Life is Beautiful festival. The weekend’s lineup also included Kendrick Lamar, Imagine Dragons, Death Cab for Cutie, Run the Jewels, and Weezer. At the DFF Gala red carpet, Ontario’s Premiere Kathleen Wynne told me that, of the evening’s happenings, she was most looking forward to Wonder’s performance, most notably for the classic “I Just Called to Say I Love You.” Like many of us, Wynne said she’s been singing the song her entire life. When it came to the DFF gala, Wonder didn’t disappoint, offering guests a soulful performance they’ll not soon forget (like, ever). 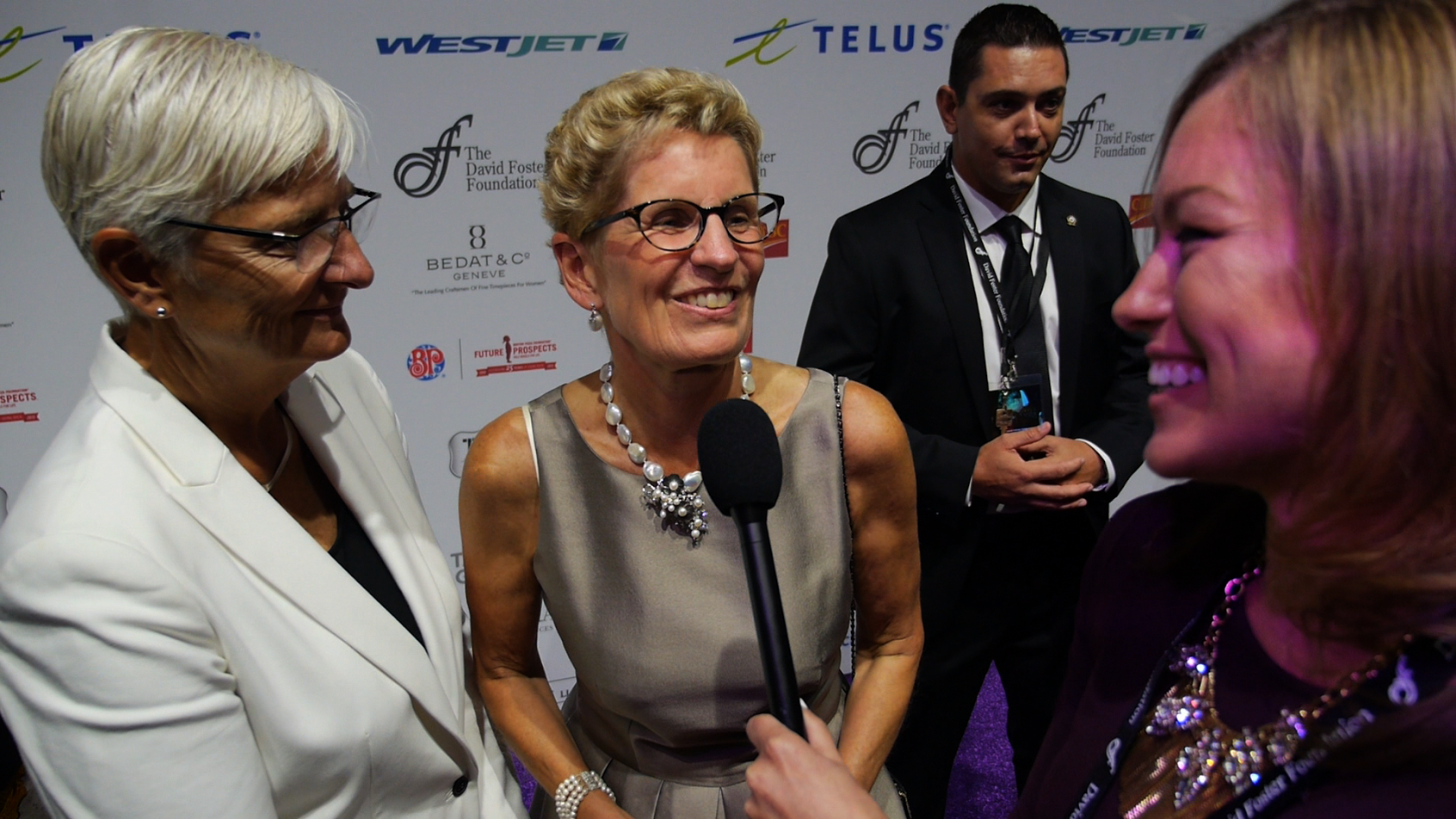 3. He Gives Back
Wonder’s appearance at his friend David Foster’s gala is only one small example of the artist’s charity and humanitarian work. He was behind Dr. Martin Luther King Jr.’s national holiday, and is heavily involved in the fight against Apartheid in South Africa, fundraising for AIDS research, numerous Children’s and Cancer charities, and disaster relief fundraising. He’s also held his House Full of Toys annual charity concert since 1995 to raise funds for underprivileged children during the holiday season. Furthermore, Wonder has been successful in winning the rights to publish copyrighted works into formats accessible to the world’s visually impaired. In short, he’s the kind of guy that makes you question how you can be doing more with your life.

Here’s a video of Stevie Wonder and David Foster on the Red Carpet:

4. Even Stars Are Star-Struck By Him
Stevie Wonder is the type of celebrity whose presence leaves even the world’s most famous a little in awe. “I saw my name next to Stevie Wonder and I flipped my f—ing wig,” said Hozier during his set at Life is Beautiful. On Saturday’s red carpet, this year’s Juno “Breakthrough Artist of the Year” winner and fellow performer Kiesza expressed her disbelief that she’d be sitting at the same table as the legend at the DFF Gala. I felt the same way standing within feet of the larger-than-life talent.

5. He Knows How to Charm
Walking and working a chaotic red carpet is challenging enough for the most seasoned of the world’s famous faces, not to mention doing it as a blind person. But Wonder worked it with a smile on his face while joking around with journalists. When David Foster discussed how he was looking forward to sitting back and watching Wonder perform, the musician said that he was looking forward to watching himself perform as well. Proving he knows how to capture the heart of proud Canadians, Wonder also expressed his love for both the country and Toronto, saying he may soon have to call it his home. But really, how can you not love Toronto these days? 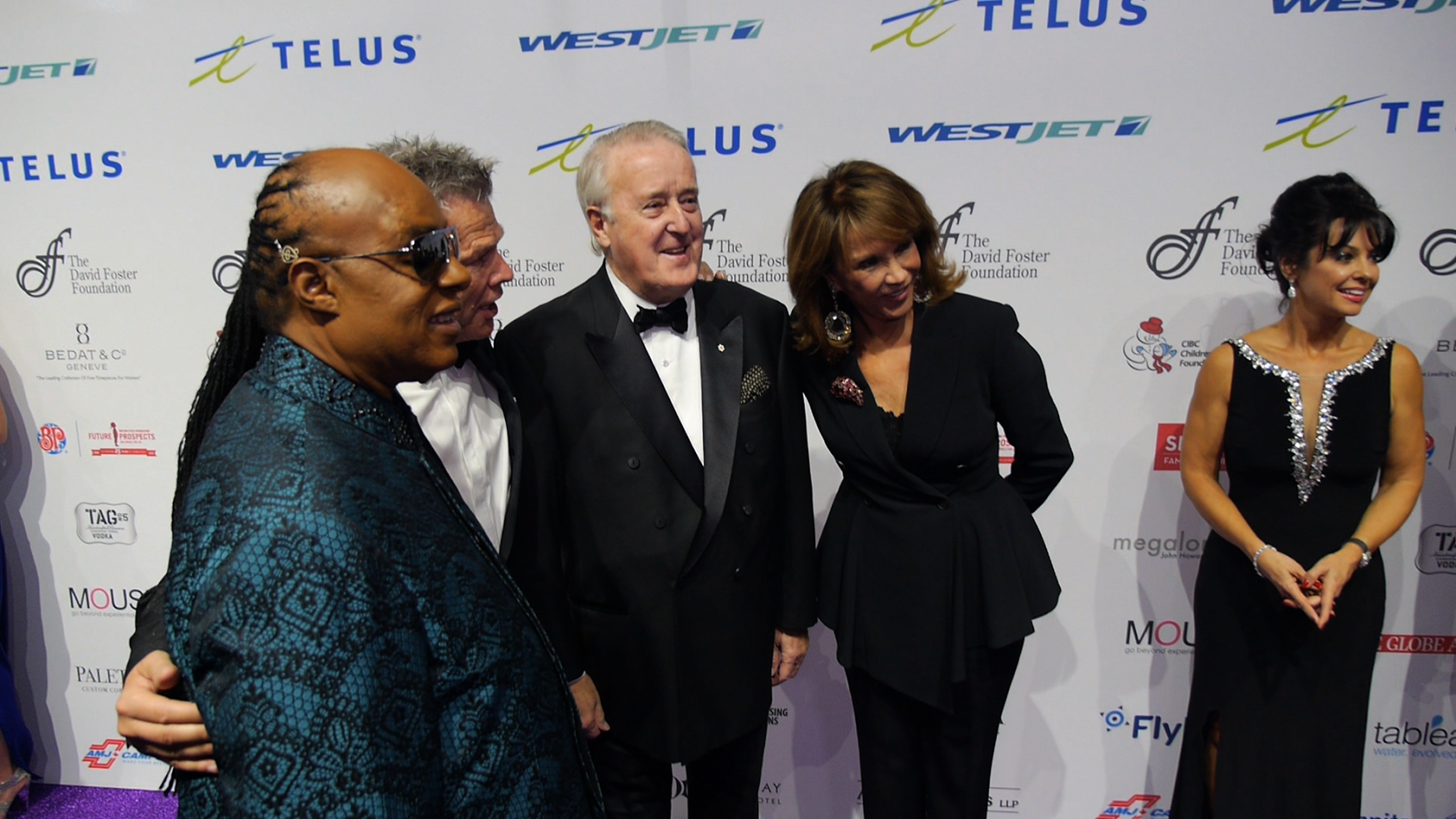 6. He Hasn’t Retired
Despite his age and the fact that he began his career when he was just a kid, the job hasn’t gotten old for Wonder, who shows no sign of retiring any time soon. As you may have heard, he’s about to kick off his latest tour, which celebrates his 1976 classic album, “Songs in the Key of Life.” It begins in Montreal on September 30 and hits Toronto on October 9 (you’re welcome for the reminder).

7. His Music Will Never Get Old
Though I have nothing but love for the DFF Gala fellow performers Peter Cetera and Michael Bolton and their classic rock love ballads from the 80s, they seem to only have a place in our parents’ playlists and at weddings. Whether at one of your city’s hot spots, at a charity event, or at a dinner party, the music of Stevie Wonder lives on. It appeals to multiple generations and musical tastes, offering a soulful sound that few have come close to matching in the past 50 years. Really, who could ever get sick of songs like “Isn’t She Lovely,” “I Just Called to Say I Love You,” or “You Are the Sunshine of my Life?”

And yes, now all three songs are in my head too…and they’ll be on repeat all afternoon.

All photos and videos courtesy of Julia Bailey Fenton.