Does the very thought of MeatlessMonday bring you out in a cold sweat and have you reaching for the charcuterie board? Is there too much salad in your salad?

If so, you should feel pretty much at home in Canada because we came seventh on a list of countries ranked in order of meat consumption compiled by the OECD (Organization for Economic Co-operation and Development).

And if you still feel like your compatriots are eating too many vegetables for your liking, then maybe your should head Down Under – Australia topped the list of meat eaters, scoffing 90.3 kg of meat per capita a year and doing nothing to dispel the stereotype of bronzed Aussies slaving over their barbecues in the sun (well, some stereotypes exist for a reason, right?)

The United States was just behind with 90.1 kg annually; Argentina finished third with 86.6 kg. 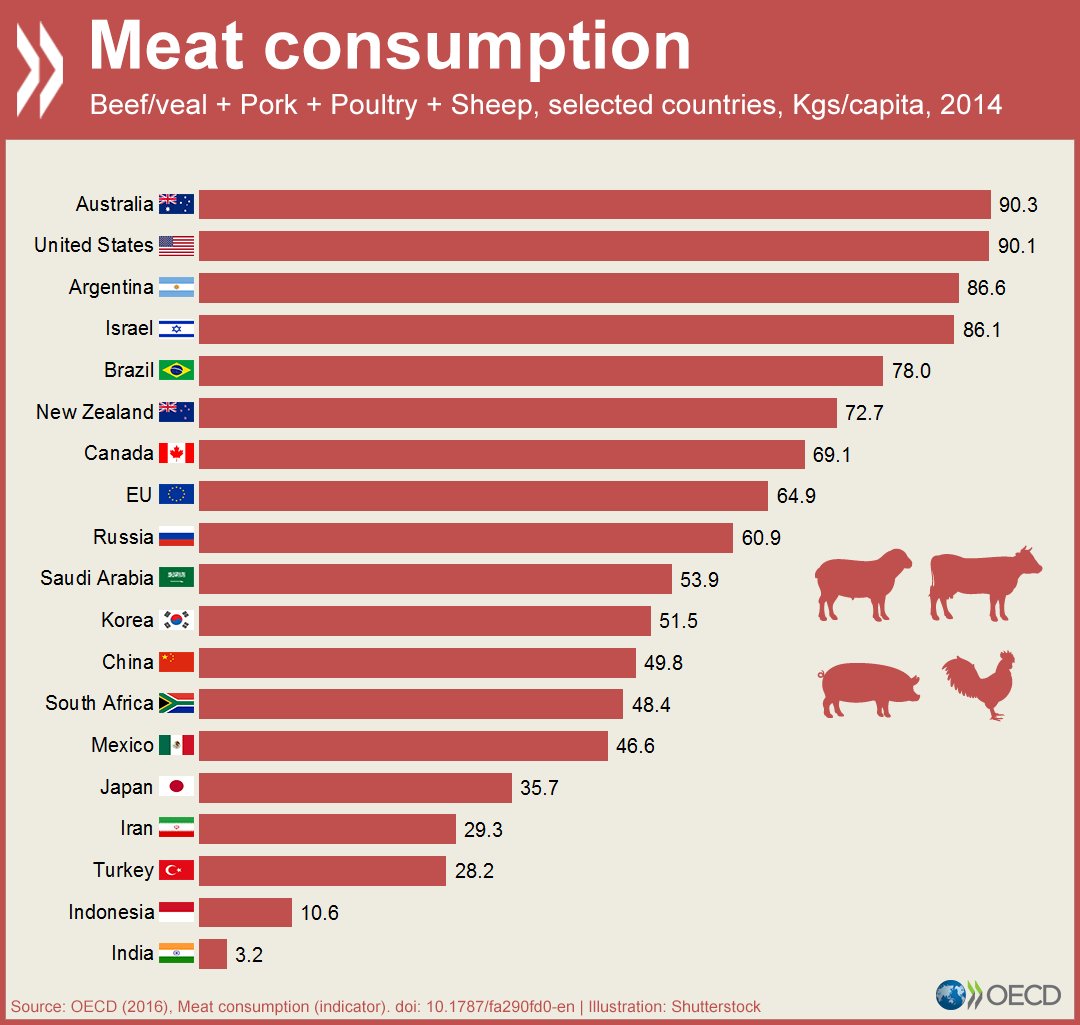 The graph included beef, veal, pork, poultry and sheep, and measured the meat consumption in a thousand tonnes of carcass weight (except for poultry, which was expressed in its ready-to-cook weight) and in kilograms of retail weight per capita.

The data grouped the EU together as one country, which per capita fell just behind Canada in eighth place.

OECD said that meat consumption is related to living standards and often characterized by higher incomes and a shift towards urbanized preferences for increased protein from animals in our diets.

But in an explanation of the meat consumption graph, OECD said, “While the global meat industry provides food and a livelihood for billions of people, it also has significant environmental and health consequences for the planet.”

So despite Canadians’ fondness for a burger (or three), perhaps substituting your classic meat feast pizza for a vegetarian option once in a blue moon wouldn’t be the worst thing in the world.