Late last year, the federal government announced an ambitious plan to welcome 1 million new immigrants to the country by the end of 2021.

That puts the country almost on pace to achieve an even more ambitious forecast: a population of 100 million by the year 2100.

If our doors were open before, they’ve now blasted off the frame and towards a black hole in deep space, never to return. 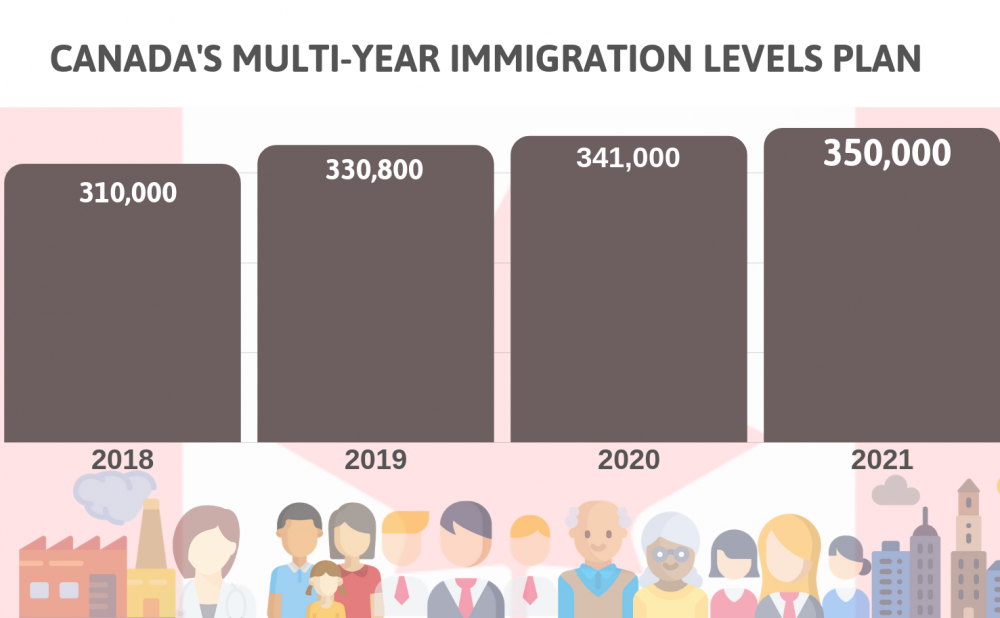 On a related note, a recent poll found that nearly 42 million migrants from all corners of the world consider Canada to be their most desirable destination. With the New York Times, BBC, and CNN recently praising Canada’s friendly stance on immigration, combined with our neighbourly reputation, it’s safe to say there will be a line to get in.

Of course, as with any line, there’s always an exception to the first come, first served rule. According to Canada’s Minister of Immigration, Refugees and Citizenship, Ahmed Hussen, Canada wants to increase its immigration levels to “help us sustain our labour force, support economic growth and spur innovation.” That’s why the government created an Express Entry system that will allow those with specific skills to gain faster permanent residency.

Preference will be given to those who are young, highly educated, proficient in English or French and have skilled work experience. But not just any work experience. A look at data from 2018 shows which professions saw the most immigrants invited to apply for Canadian permanent residence through Express Entry: 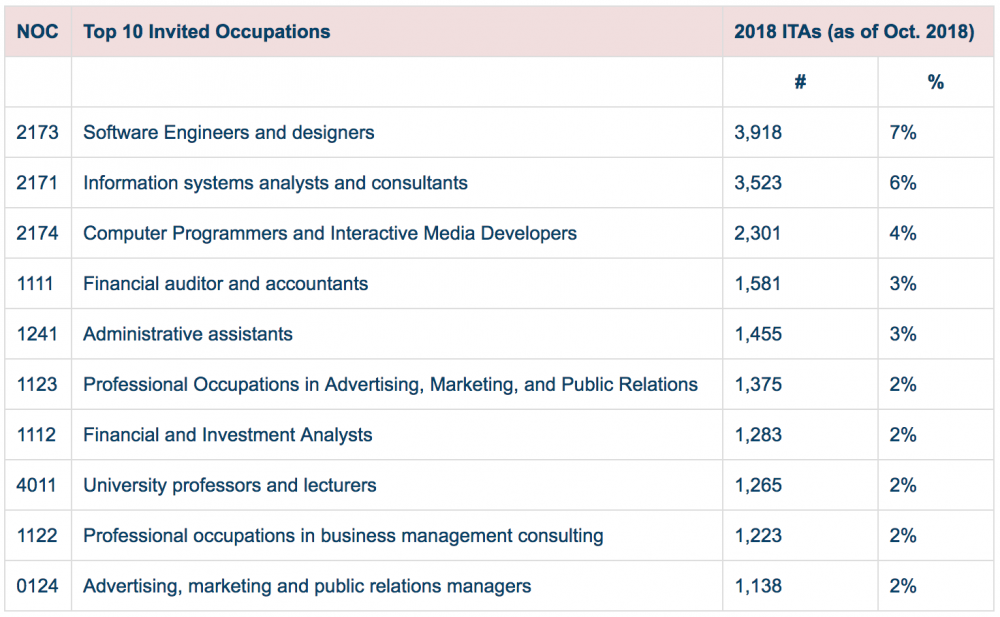 Great news for software engineers and designers, information systems analysts and consultants, and computer programmers and interactive media developers. Not so great news for Canada’s industrial sector, which is experiencing a significant shortage of skilled labor.