Part-time comedian Stephen Harper took the stage yesterday to give a speech in which he mocked Justin Trudeau’s proposal of running “modest” deficits.

Fair game, though not especially great material for comedy.

As is usually the case when our Prime Minister tries to be funny, it did not go well. Spurred by an audience of semi-laughing children who probably didn’t even know what the hell he was going on about, Harper kept at it, beaming a face that screamed, “I’m a cool dad.”

The apex of his performance was this:

There’s no way something this little will do anything, right?

The seemingly innocent gesture was quickly picked up by Montreal Gazette editorial writer Monique Muise, who called upon the Twitterverse to release the memes.

And release them the Internet did. You can even make your own!

Here are some of the best so far: 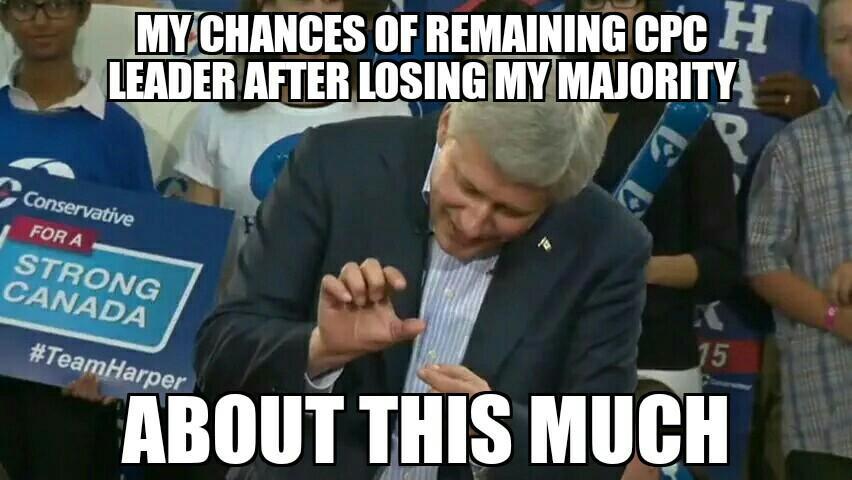 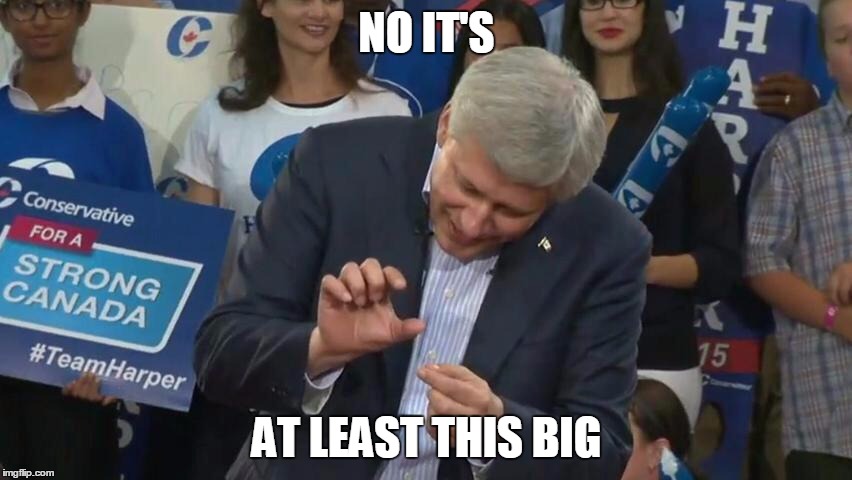