‘Dancing Man’ Sean O’Brien, who was notoriously fat-shamed online earlier this year after photos of him grooving out were uploaded to 4chan for the sole purpose of ridicule, got his revenge this weekend.

And it’s been a long time coming.

Los Angeles-based writer Cassandra Fairbanks was among the many people outraged over the abuse Sean received online, so in early March she and thousands of her female friends went on a mission to #FindDancingMan and throw him a dance party.

The invite was pretty amazing. 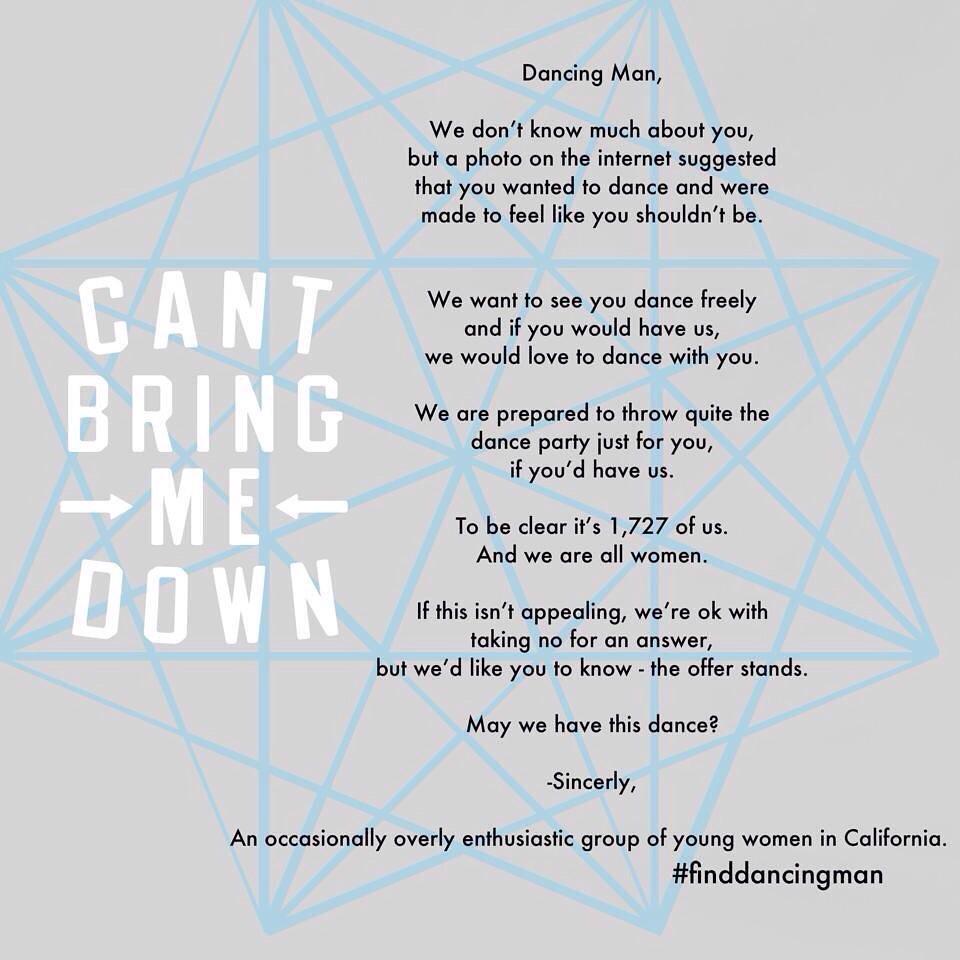 The happiest invitation ever

Celebrities – Pharrell, Ellie Goulding, Andrew W.K. among them – and the Internet at large eventually lured Sean onto Twitter, where his popularity continued to soar.

This weekend, Sean flew to California to live an experience his cyberbullies could probably only dream of. He was the guest of honour at Cassandra’s star-studded Hollywood party at the famed Avalon nightclub, threw the first pitch at a Dodgers game, and even made on appearance on the TODAY Show for good measure.

The party raised $70,000 for anti-bullying charities and positive-body-image programs in the U.S. and U.K.

Not bad for a 46-year-old dancing financier from Liverpool.