Having a bad morning?

Well, you might be able to do something about it now.

Josh Pollack, the owner of Rosenberg’s Bagel’s and Delicatessen in Denver, has introduced a new morning product.

Served on a bagel with lox, he has created THC-infused salmon, which has been cured in dill, salt, lemon, sugar and another oh-so-special leafy green. 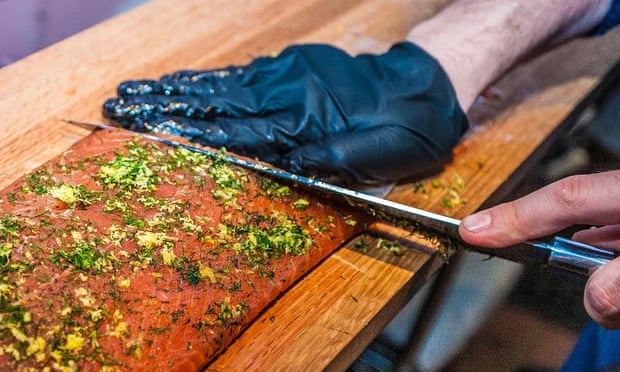 When asked what inspired the idea, Pollack responded, “It puts two things that people really love together,” meaning food and being a little happier than usual.

If the idea of starting your day with a mind-altering substance seems strange to you, think again: most of us already do this several times a day with our caffeine fix.

This might just be a slightly different kind of pick-me-up. Or take-me-down.

Pollack can’t sell his creation yet, as he’s trying to get the mixture right. Colorado law requires edibles to be sold individually and distributed in increments of no more than 10 milligrams of activated THC.

So for now, he’s “experimenting” in his off time to create the perfect mixture.

We have high hopes for this mellow delicatessen.