Kids these days keep getting smarter than we seemingly ever were.

A 17-year-old has invented a new product that could prevent people from bleeding to death.

Now 22 years old, Joe Landolina invented an algae-based polymer product that will stop bleeding within moments of being applied to a wound called VetiGel. When it makes contact with a wound, the gel will form a clot within a 12-second time frame and permanently heal the wound within minutes.

Not only will the gel stop the bleeding, it also repairs tissue and heals the skin. A few minutes after application, it can be removed.

Landolina created the gel from a lab within his grandfather’s basement when he was still in high school. While at NYU a few years later, he won first prize in a competition held by the university’s engineering school, and a second prize in another competition run by the school. The cash prizes and mentorship programs offered at NYU were enough to allow him to begin working on his idea. 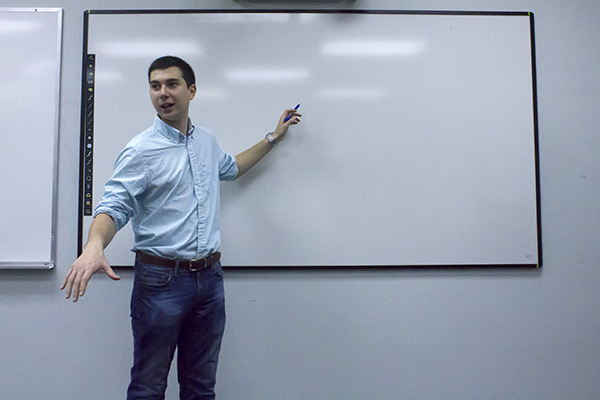 He’s now the co-founder and CEO of Suneris, a biotech company that manufactures the gel, and will begin to ship the product to veterinarians this summer.

Good news for humans: we’re next, though that may come a few years down the road. The product could very well replace plasters and bandages one day.

The first product in this summer’s rollout is a five-pack of 5-milliliter syringes that costs $150.

If all goes according to plan, FDA approval of the product for testing on human wounds will happen in the near future. Landolina intends to initially help military personnel and EMTs treat traumatic injuries before expanding into operating rooms and homes.