Can driving over speed bumps diagnose acute appendicitis? Does a bee sting hurt more on one’s lip or penis? Is it possible to unboil an egg?

These are some of the bizarre science experiments recognized for their… contribution to the field of science?… yesterday at Harvard University during the 25th First Annual Ig Nobel Prize Ceremony. That name alone should give you enough of an idea of what kind of celebration this is – a parody of the Nobel Prizes given each year in early October for 10 unusual or trivial achievements in scientific research.

Entomologist Justin Schmidt and Cornell researcher Michael Smith were the heroes of the night for their gruelling research into the degrees of pain that stem from insect stings. Smith pressed bees up against different parts of his body until the insects stung him, five stings a day, a total of 25 different locations, for 38 days. He rated the pain one to 10, the results of which are published here. 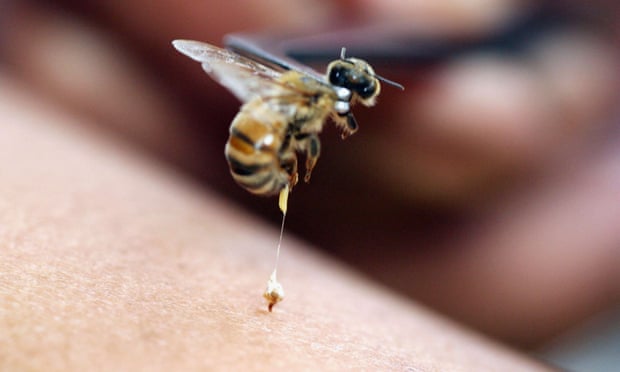 One’s nostril, upper lip and shaft of the penis were determined to be the most painful body parts to be stung. This means Smith voluntarily allowed a yellowjacket to penetrate his penis with its stinger – think about that for a moment. Or don’t.

Other researchers studied the possibility of a man siring 600 sons, explored the health benefits of “intense kissing and other intimate personal acts,” and attached sticks to the asses of chickens to study how it affected their strut.

The audience also learned that nearly all mammals empty their bladders in about 21 seconds, the word “huh” or its equivalent seems to exist in every human language, and that you can, in fact, unboil an egg with a high speed machine that converts unfolded proteins into folded proteins. 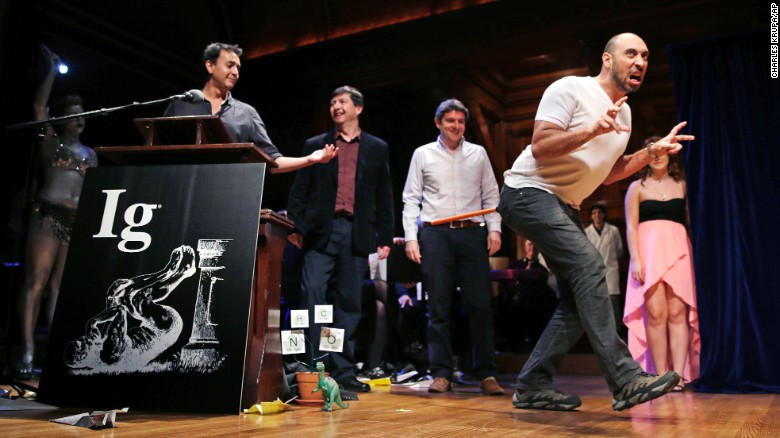