The actual menu of the last lunch offered on the Titanic could be yours.

A menu of the doomed oceanliner’s final culinary offerings, which was saved by a passenger named Abraham Lincoln (!) Salomon on a rescue boat, is going to auction on September 30.

One thing’s for sure: if you were in first class, the last meal for was definitely a good one. Grilled chicken, corned beef and dumplings, veal and ham pie, and potted shrimp are just a few of the highlights.

As for potatoes, passengers had their choice of mashed, fried, or baked jacket. There’s even a wide selection of cheeses. 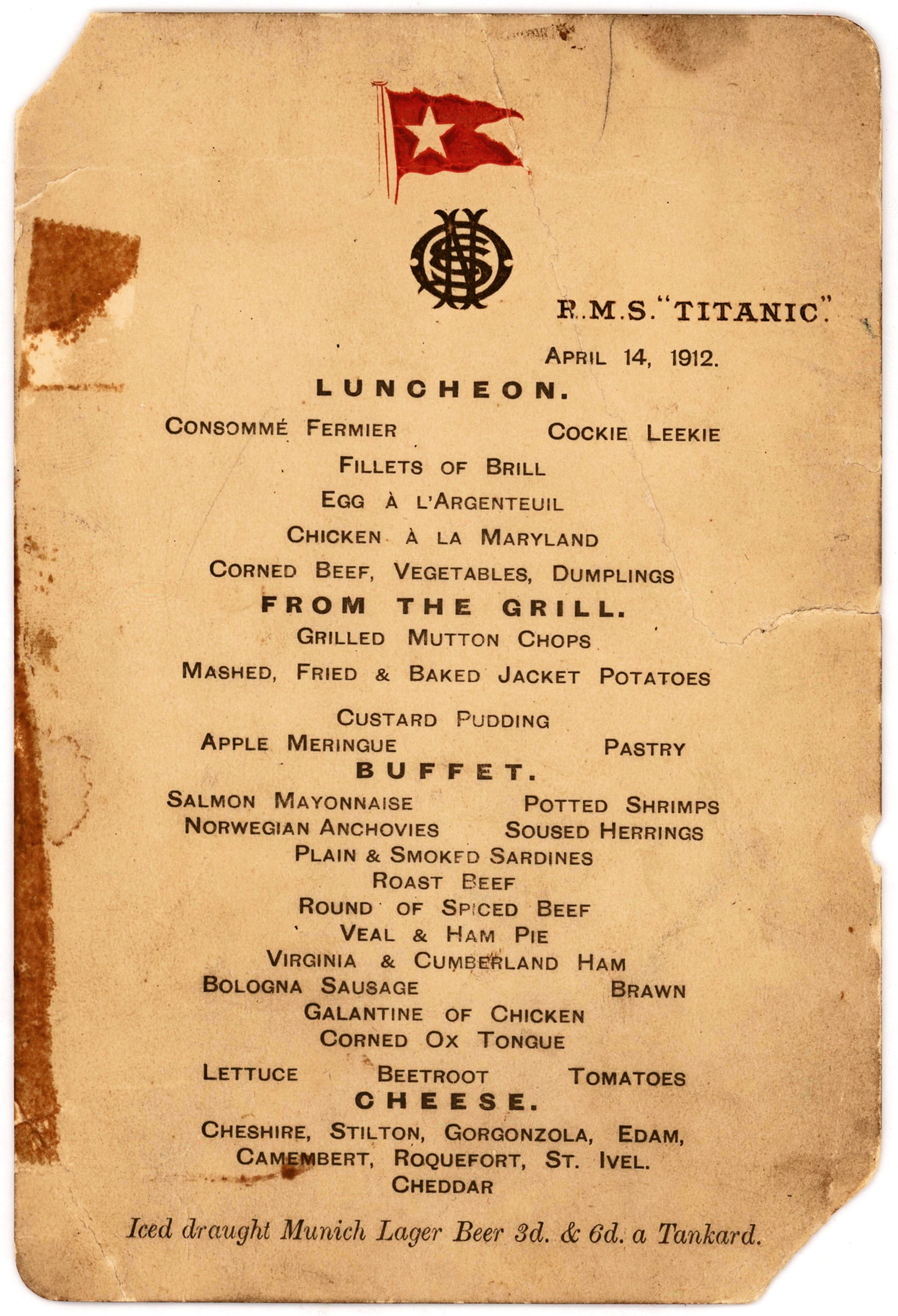 The menu is signed on the back by another passenger named Isaac Gerald Frauenthal, and it’s believed that the two first class men enjoyed lunch together that day. Salomon was on a lifeboat that became known as the “Money Boat” in the press, based on suggestions that the passengers bribed crew members to row away to safety rather than go back and save others.

On September 30th, auctioneer Lion Heart Autographs will offer the menu and other artifacts from the lifeboat. The objects to be auctioned off are courtesy of a man who was given them by a direct descendant of one of the survivors.