Weird, wonderful, sometimes hideous and often just plain big, these monstrous monuments have to be seen to be believed.

Whether you’re just passing by or you make a special trip to Canada’s alternative attractions, here are some of the crappiest monuments we should all see at least once.

Starship Enterprise – Vulcan, Alberta
Despite being named after the Roman God of Fire, it was the Star Trek TV series that really put this Alberta town on the map. Vulcan capitalized on this coincidence by building a Star Trek-themed tourist station as well as a replica of the Starship Enterprise from Star Trek V and an annual Star Trek convention known as “Spock Days.”

World’s Largest Lobster – Shediac, New Brunwick
Shediac’s (literally) biggest claim to fame comes in the form of this rather spectacular crustacean. The ‘Lobster Capital of the World’ built the structure in 1990 to celebrate its lobster fishing links and the whole monument (including the pedestal) weighs around 90 tonnes. A staircase was built to allow tourists to get up close and personal with the lobster – and get that perfect Insta shot.

Big Nickel – Sudbury, Ontario
Making it rain (or should that be hail?) from up above, Sudbury is showing off some serious coinage from a small hill in the Gatchell neighbourhood. All 30 feet of the 12-sided nickel has looked over the Ontario town since 1951, when a local fireman decided to make it himself after his idea for a replica of the 5-cent piece was rejected by the Sudbury Star.

Maman Scultpure – Ottawa, Ontario
Who doesn’t want to have nightmares about gigantic spiders? If you can’t think of a single reason why visiting this 30-foot high bronze spider sculpture, complete with a sac containing 26 marble eggs, would give you or your loved ones sleepless nights, then pack up the car and head to the National Gallery of Canada. This was once an exhibit at the Tate Modern in London but now stands proudly in the square outside the gallery in Ottawa. 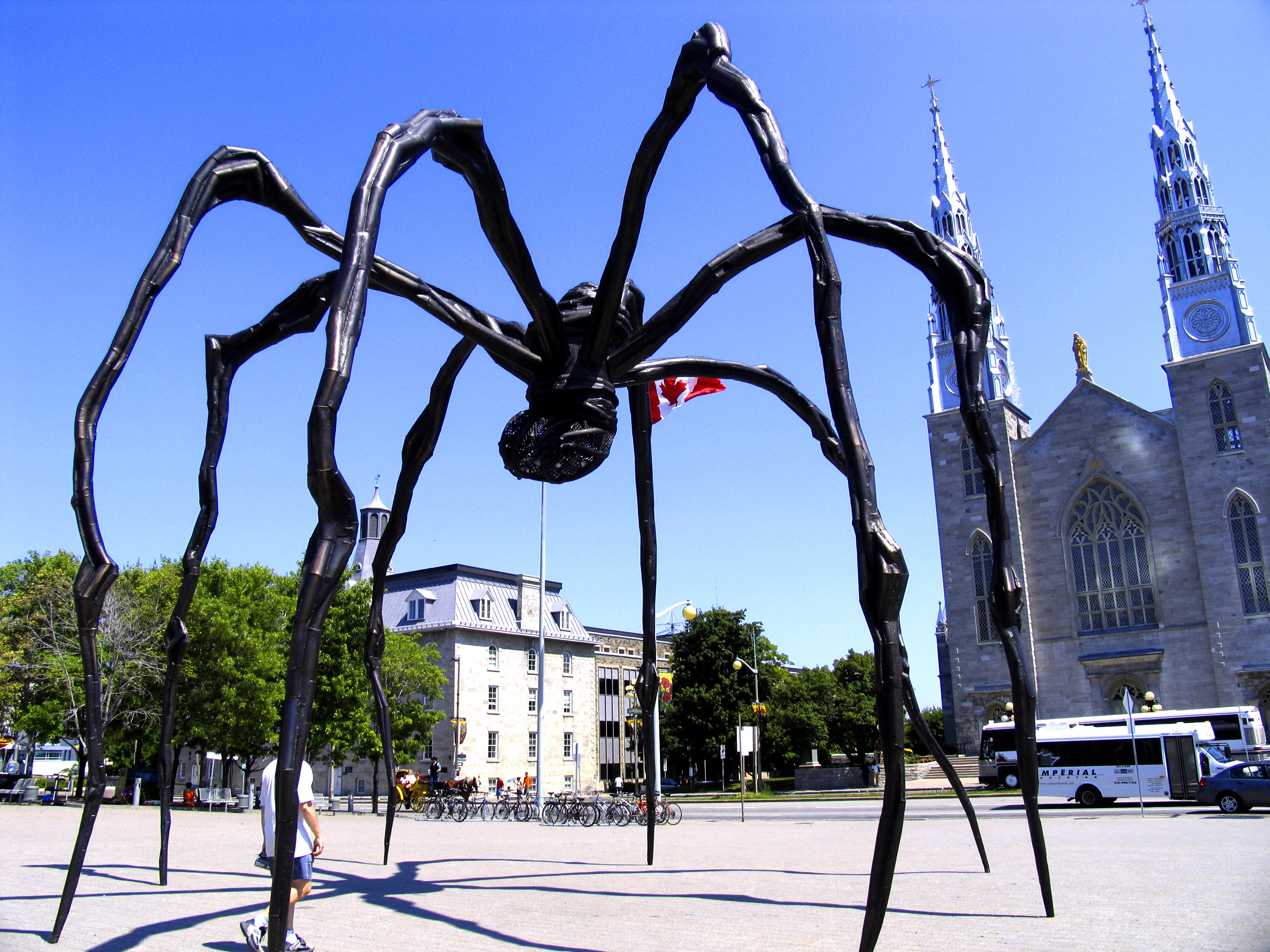 World’s Largest Hockey Stick – Duncan, British Columbia
Fittingly, Canada possesses the world’s biggest ice hockey stick. And perhaps even more fittingly, it’s nowhere near the Leafs. It was made specifically for the Expo 1986 World Fair held in Vancouver, but it caught the eye of the Southern Vancouver Island city, which purchased it and took it back to Duncan afterwards. Big Fiddle – Cape Breton, Nova Scotia
Now Cape Breton will have two points of interest for tourists: Americans fleeing Donald Trump and the World’s Largest Fiddle. In homage to North America’s only living Celtic culture, a 60-foot fiddle and bow was erected at the Port of Sydney, and it plays a melody composed by local musician Kinnon Beaton. 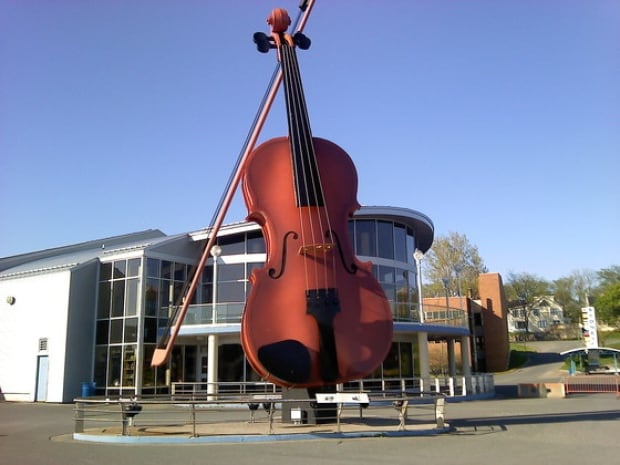 World’s Tallest Teepee – Medicine Hat
A relic of the 1988 Calgary Winter Olympic Games, the “Saamis Teepee” was built as a symbol of Canada’s Aboriginal culture a few years ahead of the proceedings. South of the Trans-Canada highway, overlooking the blackfoot Buffalo jump, stands this 20-storey teepee, which has been built to weather extreme temperatures and winds (there’s no getting rid of this one).

The Pysanska – Vegreville, Alberta
This giant Easter egg was built to recognize the town’s large Canadian-Ukranian population. It’s only the second biggest psyanska in the world, but the 31-foot egg, weighing in at 2.5 tonnes, is made of hundreds of triangles and hexagons intricately pieced together. The Yellowhead highway attraction sees thousands of visitors each year.