Call it payback, publicity, or just plane old karma, but Gawker wants you to know how to get a hold of The Donald directly.

Since Trump, in his considered political judgment, has decided that opening up a direct, personal channel of communications between his supporters and his primary opponents is a noble campaign tactic, we think it’s only fair and right that Republican primary voters be able to reach out to Trump himself.

We tried the number ourselves and were simply told that no one was available to take our call and that the mailbox was full. Surprise, surprise. 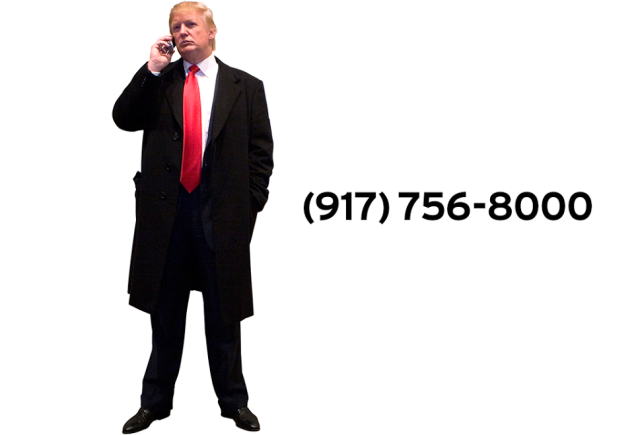 Trump’s campaign has since issued this statement: “It’s a very old number. This is not one he uses. Mr. Trump has several numbers so this is not an issue.”

‘Cause what else are they going to say, really? Certainly not, as much as we wish they would, ‘Hello, is it me you’re looking for…’