When New York’s Impossible Foods introduced their “bleeding” veggie burger earlier this year, it felt like the gap between living the vegetarian lifestyle and satisfying our innate carnivorous desires had finally been bridged.

Early reviews were positive, and then we never really heard about it again.

That’s apparently about to change because a New York-based food and restaurant consulting firm has identified fake meat that bleeds as a top culinary trend for 2017. 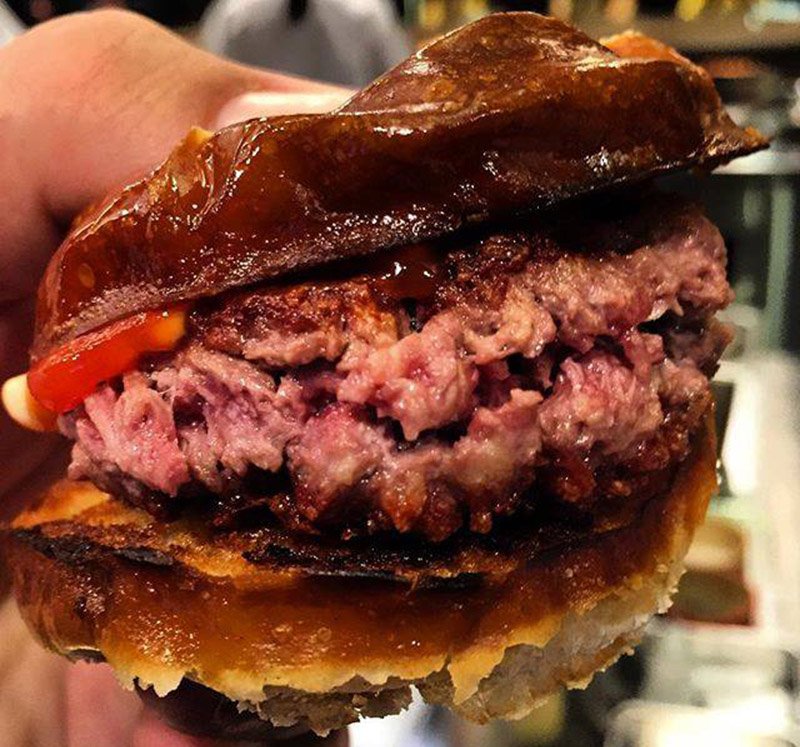 Restaurants across the United States have already worked the juicy faux meat patties into their menus, so Canada is sure to follow suit. Whole Foods south of the border already stocks them so, you know, hurry up and get here already.

Generally comprised of wheat, coconut oil, potato protein, and a substance called leghemoglobin (heme), the patties are meant to replicate the look, smell, taste, and sound of the real thing.

According to the consulting firm, other culinary trends for 2017 include cauliflower, artisanal butchers, fast-casual dining, bowls, and strange ice creams.