The former status of women minister recently argued that she wants to legalize pepper spray and mace because it will “make Canada safer by better empowering Canadians to defend themselves from criminal acts.”

Her party supported the strategy in calling it a sensible way to “strengthen the rights of women.”

Two significant points of contention here: Suggesting women need to carry a currently prohibited weapon in order to feel safe strips men of accountability for violence and puts the onus on women to repel this behaviour. And as with any weapon, mace and pepper spray can be used both offensively and defensively – rapists could carry them just like their victims, or wrestle them away from their victims during an attack. 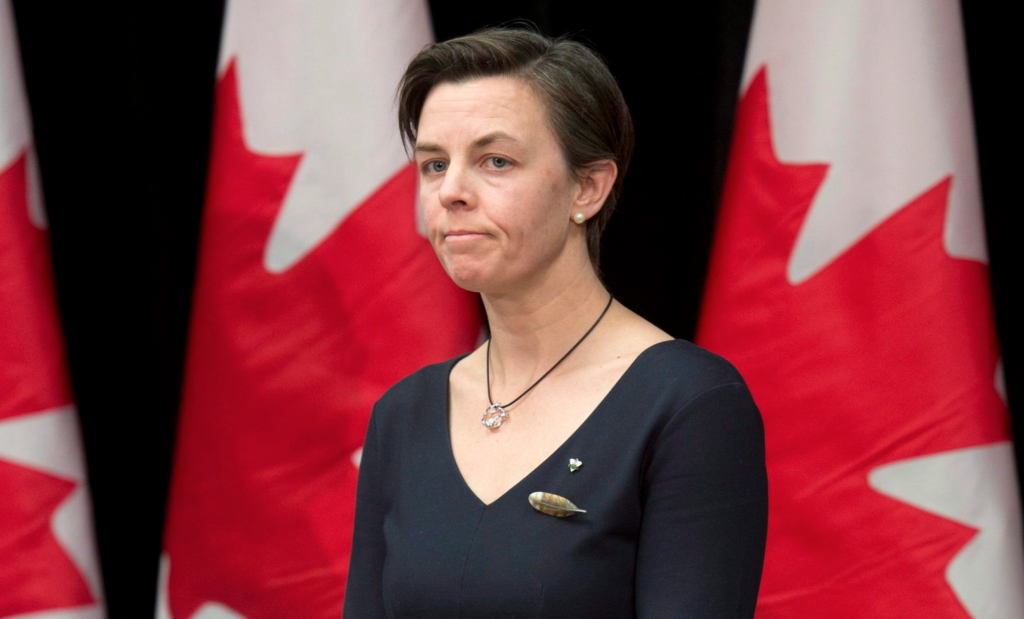 Strangely, carrying mace to fend off bear attacks is legal, while doing so with the intention of guarding oneself again human attacks can carry a charge of carrying a concealed or restricted weapon.

Current Minister of Status of Women, Patty Hajdu, repelled the idea and called it “unrealistic and offensive to women across this country.” Unfortunately, her strategy to fight violence against women seems to be to throw a bunch of words at this issue.

“We are developing a federal gender-based violence strategy in consultation with provinces, territories and grassroots organizations to ensure that women in Canada can live free from violence,” she said. “We will continue to make sure that gender equality is at the core of all government decisions we ma‎ke.”

Leitch then responded with her own criticism, pondering, “Does she think that if a woman is set upon by a violent predator she should just shout ‘federal gender-based violence strategy!’?”

Perhaps someone else should take a swing at this.