Yesterday, we told you about some of the celebrities you can expect to see floating (or being escorted) around the city in the coming days for the Toronto International Film Festival (TIFF).

And if you are going to catch a glimpse of one, odds are, it will be at one of these spectacular Toronto locations.

Soho House
Naturally, the stars feel at home at Soho House thanks to the familiar global brand, a likeminded artsy crowd, and their strict privacy policy (which includes no pictures). Once again, Soho House returns to host the star-filled Grey Goose cocktail parties both pre and post some of the biggest film screenings. Sometimes, the stars stick around after. Last year saw the likes of Kate Winslet, Keira Knightley, Robert Pattison, Jon Stewart, Cara Delevingne, and Benicio Del Toro. ***Not open to the public, members only. But sidewalks are public property as far as we know…

The Thompson Toronto
As usual, the rooftop at the Thompson Toronto will serve as a breeding ground for some of the entertainment industry’s most familiar faces. After all, the mixologists have created a TIFF-specific cocktail list that compliments some of the best city views any rooftop has to offer. Just ask Brad Pitt, who took in the skyline over cocktails a few years back.

Montecito Restaurant
Thanks to its proximity around the corner from the TIFF Lightbox, and the fact that it’s owned by Canadian screen legend Ivan Reitman, we have a feeling there will be no shortage of famous diners at Montecito Restaurant for the duration of TIFF. Last year’s guests included Robert Downey Jr., Kristen Bell, Dax Shepard, and Jason Reitman (naturally), who celebrated TIFF 2014’s opening night film The Judge.

Nikki Beach at the Spoke Club
For years now, the Nikki Beach pop-up has been a TIFF staple. While it was once held at the Hyatt Rooftop, in recent years, it’s relocated to The Spoke Club, taking over the space for the first three days of the festival for press junkets, private screenings, film and industry cocktails, dinners, after-parties, and Nikki Beach’s signature one-of-a-kind nightly events. **Not open to the public.

Sotto Sotto Ristorante
Sotto Sotto has been a celebrity favourite since the days TIFF was taking over Yorkville (before moving south of Bloor). Pretty much everyone in Hollywood – from Oprah Winfrey to Jake Gyllenhaal – has dined there. Though a fire may have gutted its previous location (and destroyed many of the celeb photos that hung on the walls), the legendary Sotto Sotto name is enough to draw the stars back for another meal.

The Ritz-Carlton
The constant crowd of both paparazzi and camera-clad stargazers is a dead giveaway that The Ritz-Carlton will house some very famous guests. With its prime location near Roy Thompson Hall and the TIFF Bell Lightbox, it couldn’t be more convenient for the stars to stay and play at the Ritz-Carlton.

Momofuku
Momofuku is a no-brainer to grab a meal for the celeb guests that will call the connecting Shangri-La Hotel home for their stay in Toronto. Of course, the Momofuku complex includes the famous first floor noodle bar, the second level features Nikai for drinks and Milk Bar for sweets, and the third has Daisho for tasting menus. Past celeb sightings include Robert Downey Jr., Tina Fey, and Al Pacino.

The Addisons
The site of the former C Lounge is no stranger to some big name celebrity partygoers. Now, the stars will feel even more at home at The Addisons – a totally new concept club that’s modeled after a retro Beverly Hills home, complete with a kitchen, living room, game-filled rec room, and a freshly-opened 5,000 square-foot ‘backyard’ patio. 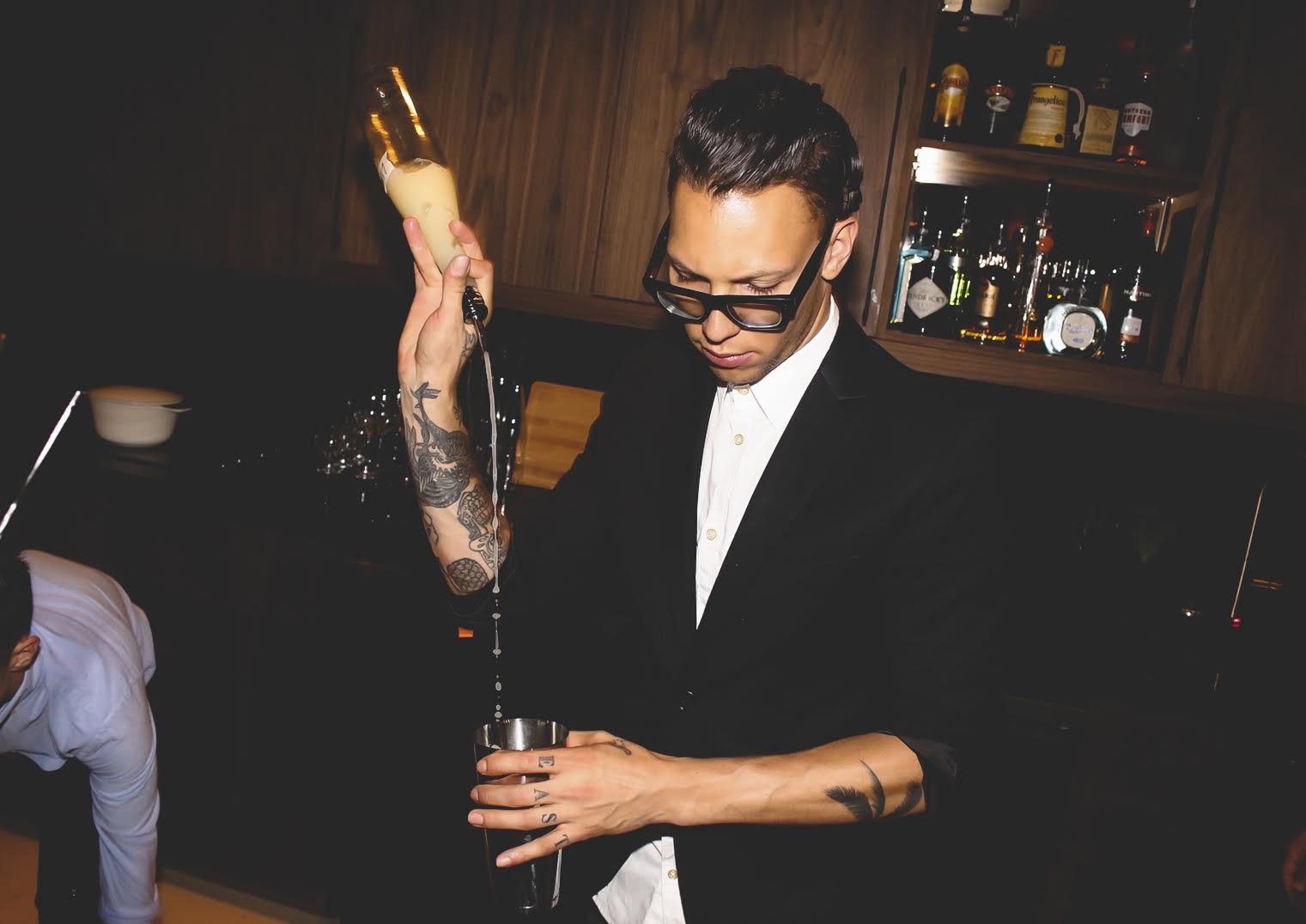 D Bar at the Four Seasons
While most of the TIFF action has moved south of Yorkville, the stars will no doubt still be found at the Four Seasons Hotel, thanks to its international stamp of star approval. Though D Bar will be packed, there’s always the chance you’ll see some famous faces next to you at a barstool. Past guests have included Woody Harrelson, Harvey Weinstein, and Bruce Springsteen.

If you do find yourself “coincidentally” at one of these places, just don’t be too obvious in your star-sighting – remember, they’re people too. And they’re just trying to have a good time in what we consider one of the best cities in the world.