In a city consistently celebrated – as a leader in board game cafes, for its trendy Queen West neighbourhood, and its thriving food scene – it’s getting harder and harder to come up with firsts in our cosmopolitan metropolis.

But there’s always room for a truly novel attraction, like the world’s first ever “Vegan Selfie Room,” which will be landing in Toronto this week.

Cell phones and forks at the ready.

Doomie’s will be opening its brand new vegan restaurant in the Parkdale neighbourhood this Thursday April 28 and there will be more than just tasty food options for its guests to enjoy.

The restaurant has teamed up with Vegan Sidekick, a UK illustrator, to create some amazing artwork for the dedicated selfie room that promises to shut down any haters. The artist is known for his comics, which mock half-baked arguments against vegetarianism and veganism, and has a 100k-strong following on Instagram.

In a well lit room with white and black cartoons, and floor to ceiling mirrors, patrons will be able to snap away after they’ve stuffed themselves with vegan comfort food from Doomie’s “no-salad zone” menu. 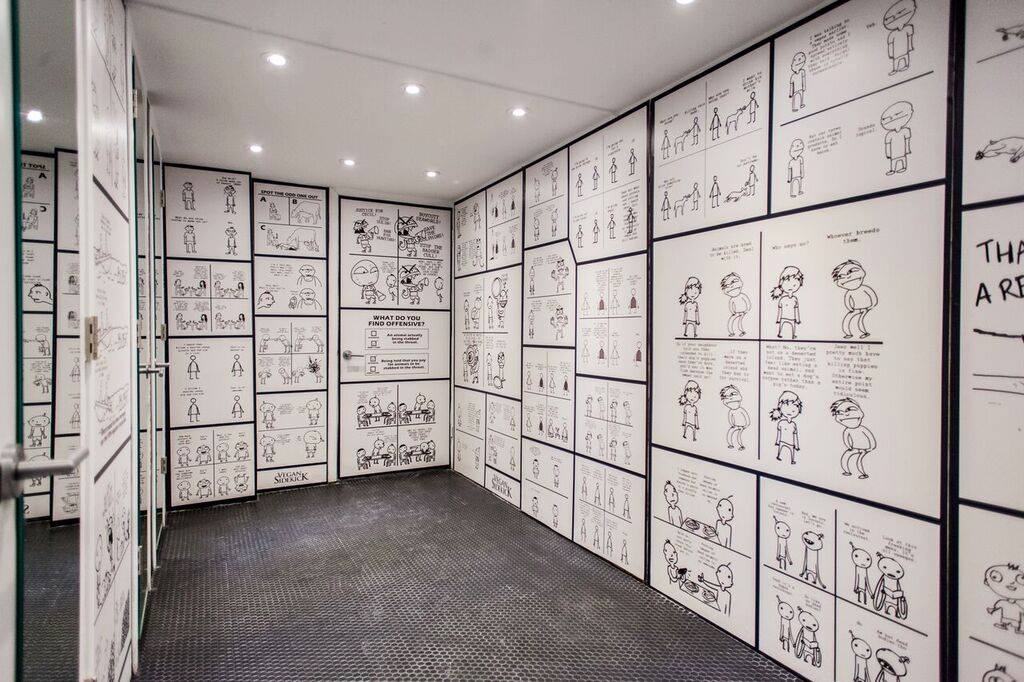 Chef Doomie has come all the way from Hollywood to open the restaurant in collaboration with Ecorazzi, after success at the Toronto Vegan Food and Drink Festival made it clear that there was an appetite for his fare in the city.

The restaurant aims to surprise its diners with preconceived notions about what vegan food entails and will no doubt see some converts pass through its doors in the coming weeks.