And the winner is…

Was this ever a big race. The votes kept pouring in by the thousands and in the end, Le Red Tiger, a Vietnamese Pub and Restaurant in The Vilage took home the grand prize with 32.8% of your votes. Did someone say beef jerky papaya salad?

Placing a pretty close second with 26% of votes is downtown’s Mexican hotspot Escondite serving up Mexican goodies with a twist as well as delicious house crafted tequilas.

Coming in third place with 8.3% of votes, Soubois deserves a big round of applause for already taking this city by storm.

Below you’ll find a big plate that breaks down all the votes. If you see something you don’t like, let us know in the comments. Or next time we have a poll, don’t be such a lazy glutton and just vote… 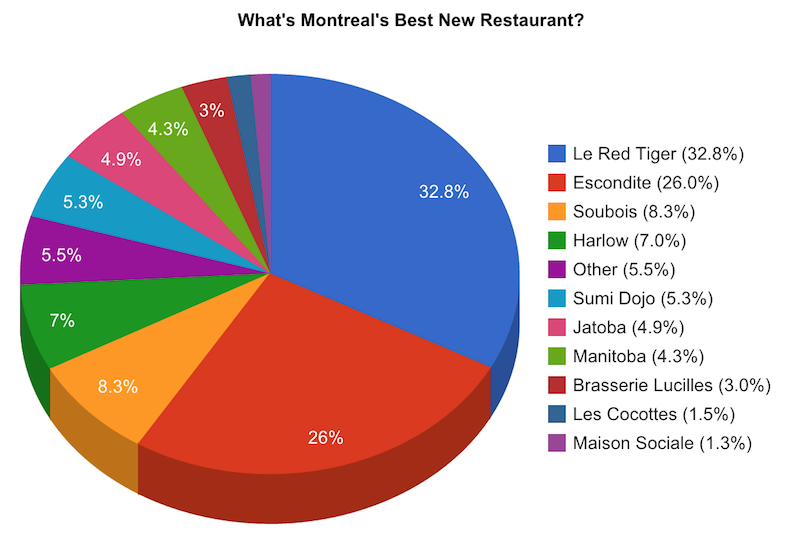