A month later, demand was so high that the beloved burgers had to be taken off the menu.

With that crisis now behind us, we’re thrilled to report that it’ll soon be easier than ever to sink your teeth into Beyond Meat’s fabulous blend of non-animal ingredients.

“More of our customers are identifying as flexitarians and requesting plant-based options so we’re thrilled to be Canada’s first Mexican chain to offer the Beyond Meat Burrito,” said Steve Gill, Founder and Chief Recipe Officer, Quesada Burritos and Tacos, in announcing the news.

But lest you be limited to pea protein burgers and burritos. On March 11, A&W will also launch a ‘Beyond Sausage’ vegan breakfast sandwich. The “Beyond Meat Sausage & Veggie” will be served on an English muffin with lettuce and tomato. 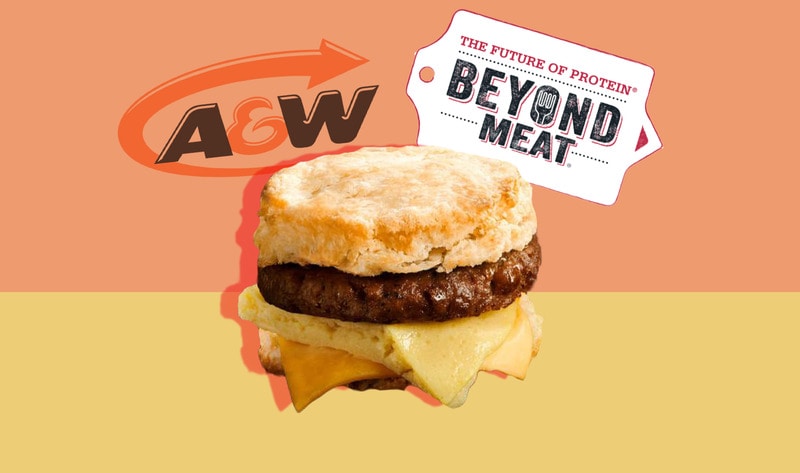 With Beyond Meat burritos, burgers, and breakfast available pretty much everywhere now, there’s no reason not to give a more sustainable diet a try.