It’s one thing to be a notable, intriguing, and influential person.

But it takes things to a whole new level if you’re also married to one – and Canada has no shortage of headline-making power couples.

Here are 13 of our favourites.

1. Justin and Sophie Trudeau
Not only is our Prime Minister already winning points with fellow Canadians for more than his Vogue-worthy good looks, his wife, Sophie, is making major waves as well. In addition to her plethora of charity work, Sophie is celebrated for her fashion sense and is a proud supporter of Canadian designers.

2. Susur Lee and Brenda Bent
Everyone knows that a meal at one of famed Toronto restaurateur Susur Lee’s restaurants is going to be worth every cent. But what you may not know is that his wife, Brenda Bent – with whom he shares three sons – has her own company too. Bent Gable Designs is a successful commercial and residential interior design firm.

3. Joe Mimran and Kimberley Newport-Mimran
We can only imagine the creatively-charged dinner table discussions that go down between this design dream team. Joe Mimran is a fashion designer best known for launching Club Monaco and Joe Fresh, and his wife Kimberley is the name behind beloved Canadian label Pink Tartan.

4. Galen Weston Junior and Alexandra Weston
If you don’t recognize Galen Weston from the society pages at some of the country’s coveted parties, you may know him from the Presidents’ Choice commercials through his role as the executive chairman and President of Loblaw Companies Limited. His (stunning) wife Alexandra is the owner of Toronto PR company ASC Communications and a fixture in Toronto’s philanthropic circles. 5. Raine Maida and Chantal Kreviazuk
This musical powerhouse was appointed to the Order of Canada together for all of their work with the War Child charity. Maida, of course, is the lead singer of Canadian band Our Lady Peace, and Kreviazuk has been a longtime staple on the Canadian music since her breakout single “God Made Me” back in 1996.

6. Dion Phaneuf and Elisha Cuthbert
Dion Phaneuf, defenseman for the Ottawa Senators, is married to well-known Canadian actress Elisha Cuthbert. The pair began dating in 2008 and were married in July 2013 in P.E.I., where they spend their off-season time in the summer.

7. Abeille Gelinas and Na’eem Adam
This Montreal-based power couple is a familiar sight among Montreal’s nightlife and food scenes. Abeille Gelinas is a DJ and LOULOU magazine contributor, and her husband Na’eem Adam is a marketing professional who is behind several notable ventures, like Le Burger Week, La Poutine Week, and his mobile application, Keepza. He is also the co-owner of cafe Maison Sociale and the Marketing Director at Lufa Farms. 8. Rick Mercer and Gerald Lunz
Mercer, the Canadian comedian and television personality (who we chatted with last year) is known for infusing his witty, politically-charged humour into CBC programming with The Rick Mercer Report and This Hour Has 22 Minutes. Mercer’s longtime partner (since 1990) is award-winning television producer Gerald Lunz. In addition to being his romantic partner, Lunz is also Mercer’s partner in business: he discovered him and is currently the executive producer of The Rick Mercer Report. 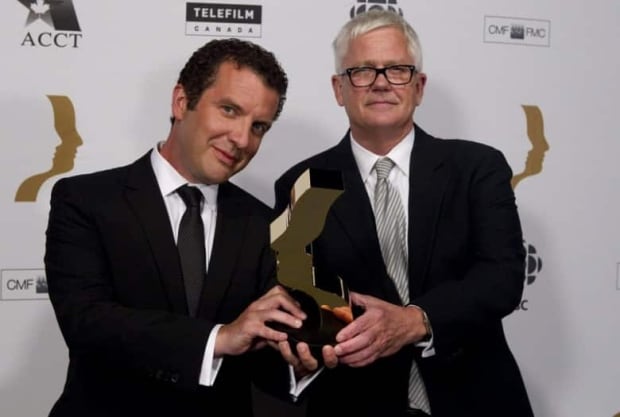 10. Ben and Jessica Mulroney
E-Talk correspondent Ben Mulroney is as known on the red carpet as he is with his microphone on the other side of it. Of course, he is usually accompanied by his wife, Jessica. Jessica is a well-known stylist (she has styled Sophie Trudeau as of late) and public relations strategist at Kleinfeld. She is also the co-founder of The Shoebox Project charity. 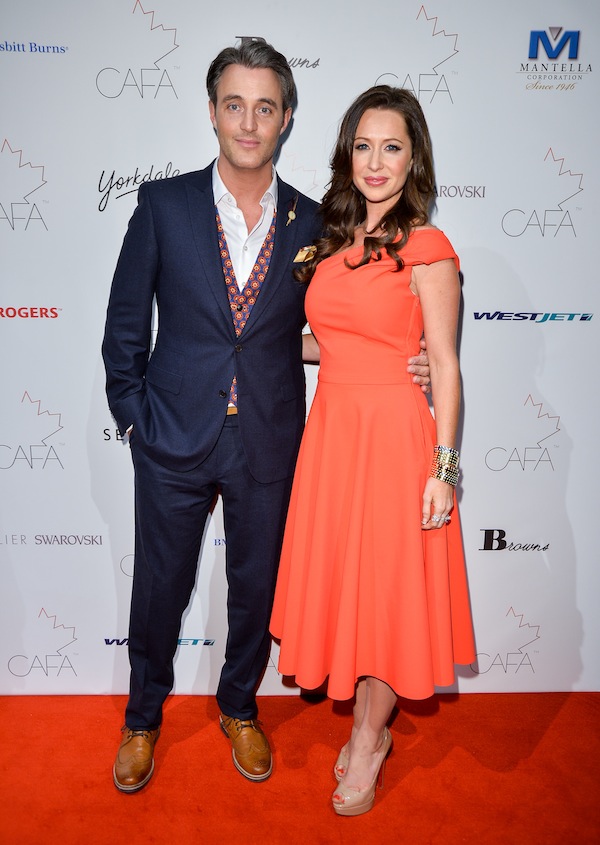