Zara is under social media fire after an employee at one of its Toronto stores says she was humiliated because of her hair type.

Cree Ballah, 20, filed a complaint with the Ontario Human Rights Commission after managers at the store’s Scarborough Town Centre location questioned her about her hairstyle.

So, what was so offensive about it that it caused a stir in the workplace?

According to the CBC, Ballah had shown up for work on March 23 with her hair in box braids gathered in the back. One of the store managers asked her to remove the braids out of the bunch because the hairstyle apparently didn’t match the “look” of the store. She then returned with another manager.

“They took me outside of the store and they said, ‘We’re not trying to offend you, but we’re going for a clean professional look with Zara and the hairstyle you have now is not the look for Zara’,” says Ballah to CBC, who identifies as bi-racial. They then proceeded to try to “fix” her hair. 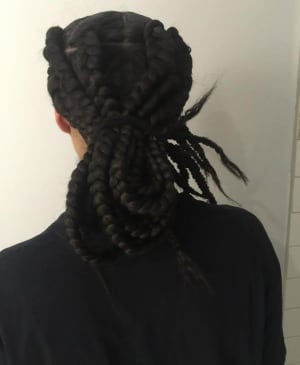 “It was very humiliating… it was unprofessional,” she said of the scenario, which took place in the middle of a busy mall and in view of other Zara employees. “My hair type is also linked to my race, so to me, I felt like it was direct discrimination against my ethnicity in the sense of what comes along with it,” said Ballah. “My hair type is out of my control and I try to control it to the best of my ability, which wasn’t up to standard for Zara.”

Ballah filed a complaint with Zara’s human resource department, claiming that she experienced discrimination. She also met with company officials but was not pleased with how they dealt with the issue

As for Zara, they’ve released a written statement on the matter, stating that the company is diverse, multicultural, and intolerant of any form of discrimination, saying they “engaged directly the employee on this matter and respect the privacy of those discussions.” The company also said that it has no existing formal policies pertaining to employees’ hairstyles, just that they look professional.

‘Zara has no formal policy regarding employees’ hairstyles; we expect all employees to ensure that they present a professional appearance that enables them to serve our valued customers. We have engaged directly with the employee on this matter and respect the privacy of those discussions,’” reads the statement.

With a heightened scrutiny on the expected appearance of employees in Canadian workplaces as of late (thanks to a CBC Marketplace investigation), I have a feeling this isn’t the last we’ll hear of this story. And, frankly, it shouldn’t be.