Matt Austin is a thirtysomething Canadian director who recently co-created and directed a series called The Right Hand, which will air on TMN in October, and is widely known for directing the 2009 feature documentary Don’t You Forget About Me about John Hughes. Find out more about this young Canadian talent in today’s YPDaily.

Elevator Pitch: Describe what you do in a nutshell.
I’m an idea generator. Sometimes I write. Sometimes I direct. I’m pretty versatile when it comes to what kind of stories I want to tell – my own or somebody else’s – so sometimes the idea is for a documentary, or sometimes the story is best told as a comedic feature film. I go with the flow.

Why did you head into the entertainment business? What was the inspiration for this career route?
I love that films can take people on an emotional journey. I love making people laugh, or making people think, or even making people cry, and I get a chance to do that with the characters I create or capture.

Why behind the lens instead of in-front?
I guess at a certain point I just didn’t feel challenged by acting anymore and I was really distracted by the technical behind-the-scenes activity on set. As soon as I started paying attention to what the director or the cameraman was doing, and not my scene partner, I knew it was time to be behind the lens.

What lifestyle adjustments have you had to make as a result of being in this business?
There is nothing regular about being in film/TV. You never know when your next gig will come, how long it will last, or where it will be. It can be hard to schedule your life. When I’m not working, I try and make the most of the flexibility and be really present at home, and when I am working I am really thankful for the patience and support of my family and friends. 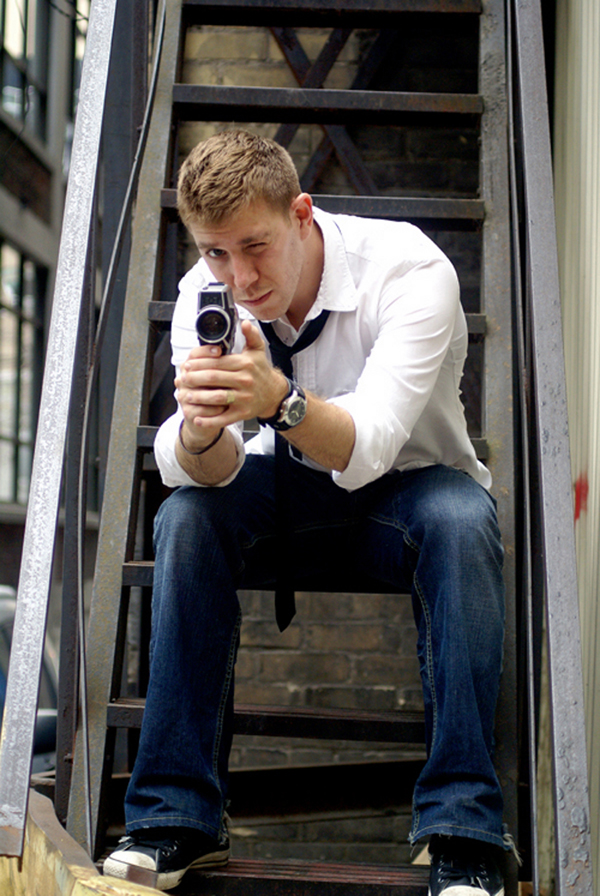 Where do you see yourself in 5 years?
In five years I hope to be directing a series drama and have a feature film in the Toronto International Film Festival.

What does success look like to you?
Always having a little money in my bank account to support my life while living my dream; always having my wife and daughter by my side; and always being lucky enough to have new opportunities knocking on my door.

What is the most memorable milestone in your career?
I think I’m living it right now. Having the opportunity to have co-created a series for TMN and be directing all 12 episodes has been incredible. I certainly hope this gig will help me climb another big rung in the film industry ladder.

Do you have any advice for other young professionals?
Try and do as many favours as possible, as you’ll need many yourself. And be a doer. Follow through with an idea to the bitter end.

Do you support any charities? If so, which one(s) and why is that important to you?
There isn’t a specific charity that I give to every year, but I always contribute to any fundraising that deals with foundations involved with cancer related research. I don’t know a single person who cancer hasn’t touched – it’s why I was never able to meet my mother-in-law – and I really pray that in my lifetime something significant can change.

What is Notable to you?
An amazing bass line in a song. A character I’ve never seen before. A fact about something I didn’t know I was interested in. My kid’s laugh.

Blackberry, iPhone, Android, or Other?
iPhone.