This is how you ring in the New Year.

The 2016 Bridgestone Winter Classic – the most exciting hockey game you’ll ever see.

Think: You, your game face, your best friend, and 50,000+ screaming fans standing outside cheering on the Montreal Canadians and the Boston Bruins at Gillette Stadium (home of the New England Patriots) in Foxborough, Mass.

That’s right, you’ll be welcoming 2016 by watching an epic outdoor matchup between two original six teams continuing one of the greatest rivalries in the history of hockey.

And all you have to do for a chance to be there is show us what your game face looks like.

You know, that one you make before the big board meeting; the one that says I’m ready to dominate, I’m here to compete, and I’m not leaving until I win.

If an unmoving image of your face could roar this is what it would look like.

So snap a selfie (maybe get your bestie to fix the lighting first,) capture an intense expression, upload it to menexpert.ca to let us know you’re ready to take home the Grand Prize*. Yes, #GameFaceOn is open to both men and women.

All entries will be reviewed and the best game faces will then be housed in an NHL gallery called “Game Face Hall of Fame” on menexpert.ca, with the Grand prize winner selected by a panel of judges, including the official face for the Men Expert Game Face-On Campaign, Canadian hockey blogger JT UTAH. 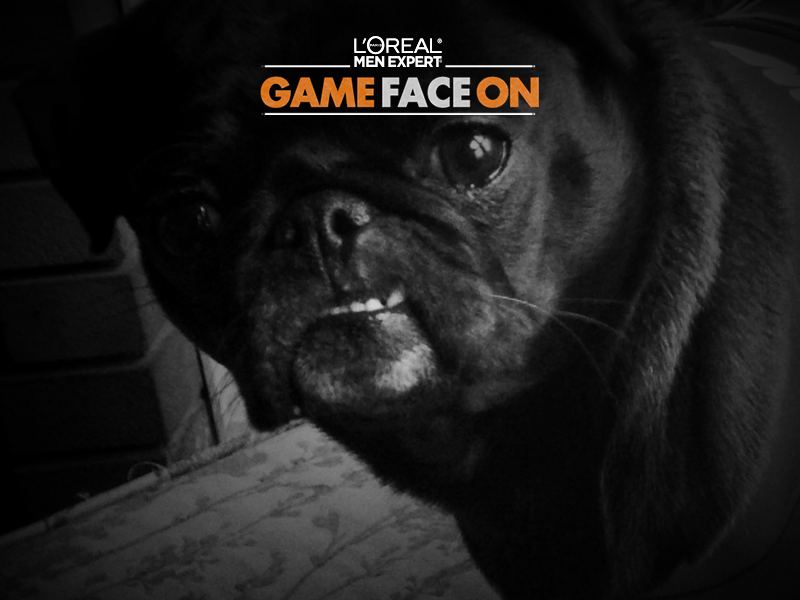 Entering into their third year of partnership for the 2015-16 season, L’Oréal Paris, Men Expert, and the National Hockey League (NHL®) want you to look good and have fun while you’re doing it.

The contest runs until November 30th so get in the zone, get amped up, and show Men Expert your most intense game face.

We don’t care about that epic college party you had 10 years ago (it’s time to move on), we promise, this could be the best New Year’s of your life.

*The Grand Prize includes: One (1) trip for the winner and a guest, for 3 days/2 nights, to attend the Bridgestone NHL Winter Classic®, attend the New Year’s Eve NHL Party, and receive two (2) tickets to the NHL Winter Classic on-site VIP Hospitality Area. Grand Prize trip also include(s): a) Round-trip economy air transportation for the winner and one (1) guest from the airport nearest to the winner’s place of residence and the airport nearest to the location of the hotel (selected at Sponsor’s discretion); b) Transportation between airport and hotel at time of arrival and departure; c) Standard hotel accommodation (single room, double occupancy) for 2 nights in a 3+ star hotel.