We’ve all been there ladies. As young professional women, there has been a moment (or moments) where we get approached and hit on in forceful and frustrating ways even after we say no. But the last thing we expect on a night out at a cool, local bar is to get into a physical altercation because we did say “no”, especially in a city we like to think we’re safe in.

But that’s what happened to a local Montreal woman.

Chantal Lefebvre got into a heated argument with a man at Montreal bar Casa del Popolo and ended up leaving the scene with serious bruises and stitches after being punched in the face and choked according to an article posted by the CBC today.

The victim took matters into her own hands when a group of men, include the male that attacked her, kept harassing one of her friends.

According to Chantal, there was an argument that took place earlier where other groups of people were asking the group to leave but they wouldn’t budge.

One of the men ended up coming up to her and her friend and started making things uncomfortable for the women so a verbal altercation took place which then lead to physical pushing between the two.

The final straw was when Chantal threw a drink in the man’s face after things escalated, this caused him to attack and choke her. She defended herself by hitting him over the head with a pint glass and it ending with the man punching Lefebvre in the face. 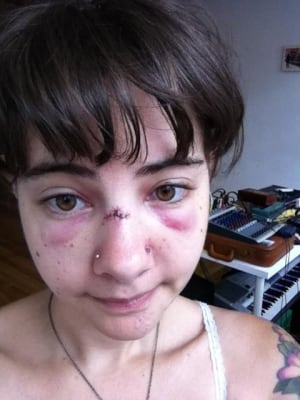 After the police were called, Chantal was blamed due to the fact that she used a weapon (the pint) instead of calling for help.

“These types of men who don’t take no for an answer are very dangerous. You have to be careful. Obviously they should be the ones who should be told they can’t do things like that, but retaliating like I did is very dangerous and I do recognize that. I’m very lucky my injuries weren’t worse. I just want to remind women you’re putting yourself in a dangerous situation even more than it already is,” Lefebvre shared with the CBC. 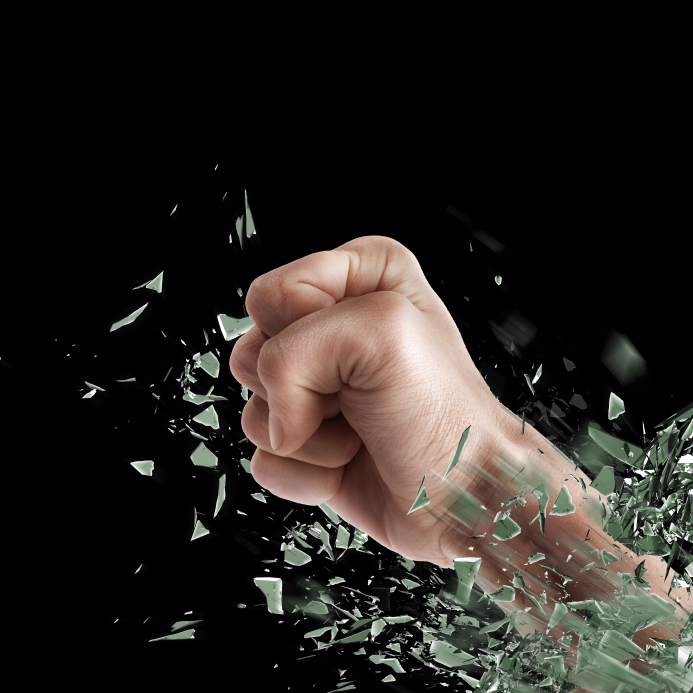 We reached out to Toula Drimonis, a Montreal journalist and women’s advocate for her take on the situation:

“First off, I wish she HAD pressed charges because this only escalated because these two wouldn’t take ‘no’ for an answer and relentlessly kept harassing her and her friend. At some point, even if you abhor violence, if someone has you by the throat you need to defend yourself. I would have liked to have seen how any judge would have treated what appears to me to be a clear case of self defense,” she shared with us.

“That being said, in the majority of cases, men are simply physically stronger than women so the smart thing for her to have done would have been to call out for help and not enter into a physical altercation. While I’m not advocating violence, there’s a certain Schadenfreude involved in having the guy leave in an ambulance stretcher… My question is this: where the hell were the bouncers? Why didn’t anyone intervene when these women were clearly being harassed? Isn’t that their job? And no, I don’t believe this entitled and sexist behavior was amplified by Roosh V’s appearance in Montreal, as some have suggested. This persistent and aggressive hitting on women happens all the time in public. We just don’t hear about it because it doesn’t often escalate to this degree.”

What’s your take on this? Was Chantal in the right to defend herself the way she did or she should of walked away and asked security for help before the situation escalated? Share your thoughts with us on our Facebook Page.