A team of architects has an ambitious winning proposal to make New York’s Central Park accessible to more people.

The only tiny, insignificant, not a deal-breaker at all issue is that the plan involves destroying the park as we know it all together. Like, I said, no big deal.

In the midst of all of New York’s concrete and glass-filled skyscrapers, the park is currently only accessible to a small percentage of New Yorkers every day. In attempt to reverse this, giving more people access to the scarce piece of green space, the design for “New York Horizon” digs deep (1,000 feet deep) to reveal the bedrock beneath Central Park. This will create new, “inhabitable space along the exposed cliff-face.” 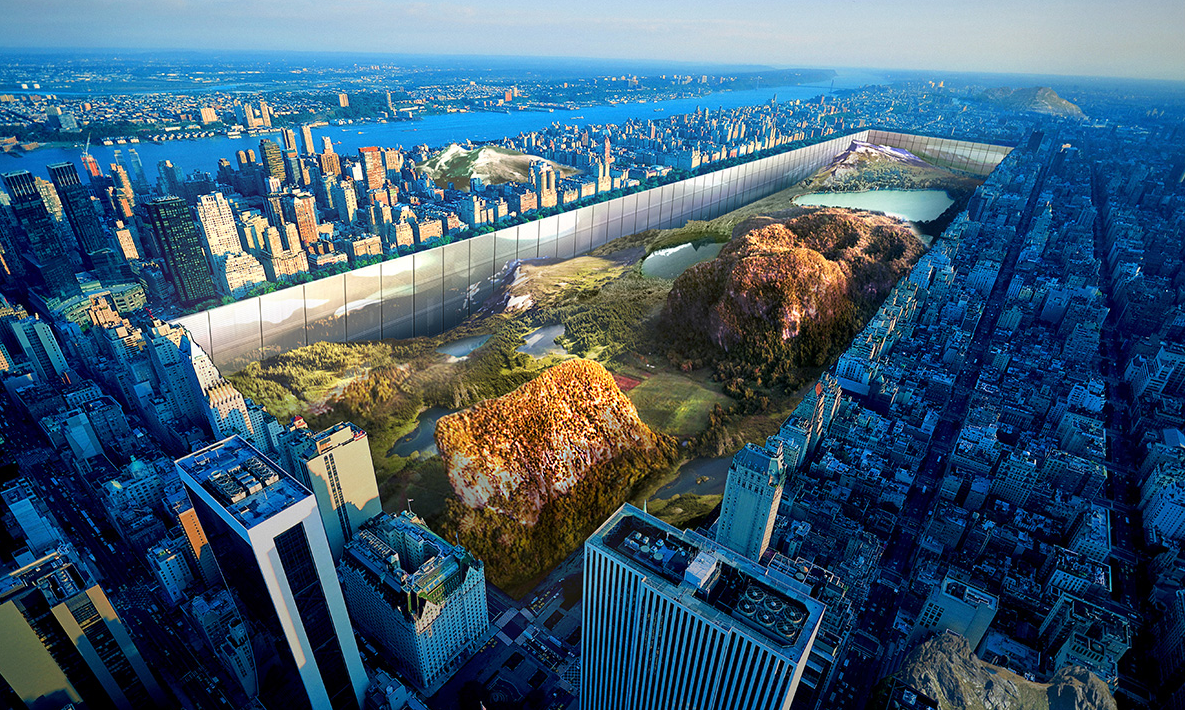 It would also reveal natural features like mountains and valleys smack in the middle of the hustle and bustle. Wrapping around all four sides of the excavated Central Park, the glass wall would be constructed inside the gaping hole, rising to street level. Apparently, the interior of the glass would house thousands upon thousands of luxury apartments – each complete with a park view.

“The ambition is to reverse the traditional relationship between landscape and architecture, in a way that every occupiable space has direct connection to the nature,” explain Sun and Wu.

The megastructure would offer a total floor area of 18 square kilometres. The glass walls would reflect the sky and other walls, offering the illusion of infinity.

As you’ve probably guessed, the chances of this becoming a reality are slim: the competition is known for its way-out-there, unrealistic entries. Still, one – or 8 million – can always dream.