Twenty years ago, Calgary-based airline WestJet took to the skies and launched its first flight.

Founded by Clive Beddoe and a team of partners, WestJet has drastically grown over the past two decades and is now one of the most profitable airlines in North America.

As part of its 20th anniversary, the company is offering a number of discounted flights in addition to a bonus of 20 WestJet dollars for travellers who register and make their booking with the WestJet Rewards ID.

So in honour of the milestone, we’ve rounded up everything you need to know about the airline…

1. Destination Changes
When WestJet first began flying on Feb. 29, 1996, it only flew to five destinations : Vancouver, Kelowna, Edmonton, Calgary and Winnipeg. Now, the airline travels to 102 destinations across North America, Central America, the Caribbean, and Europe.

2. Growth of the Fleet
Initially WestJet only had three Boeing 737-200s in use. There are now over 140 aircraft in operation.

3. Dedicated Staff
In addition to the growing fleet, the company has expanded from a staff of 220 employees to nearly 12,000. 5. Impressive Corporate Culture
WestJet was inducted into the corporate culture hall of fame after being recognized for having one of ‘Canada’s Most Admired Corporate Cultures’ in 2005, 2006, 2007, and 2008.

7. Daily Travel
On average, WestJet flies around 420 flights every day and accommodates more than 500,000 travellers each year.

8. Committed Service
Following the September 11th attacks, air travel was stopped at a standstill. WestJet was the first Canadian airline up and running again. 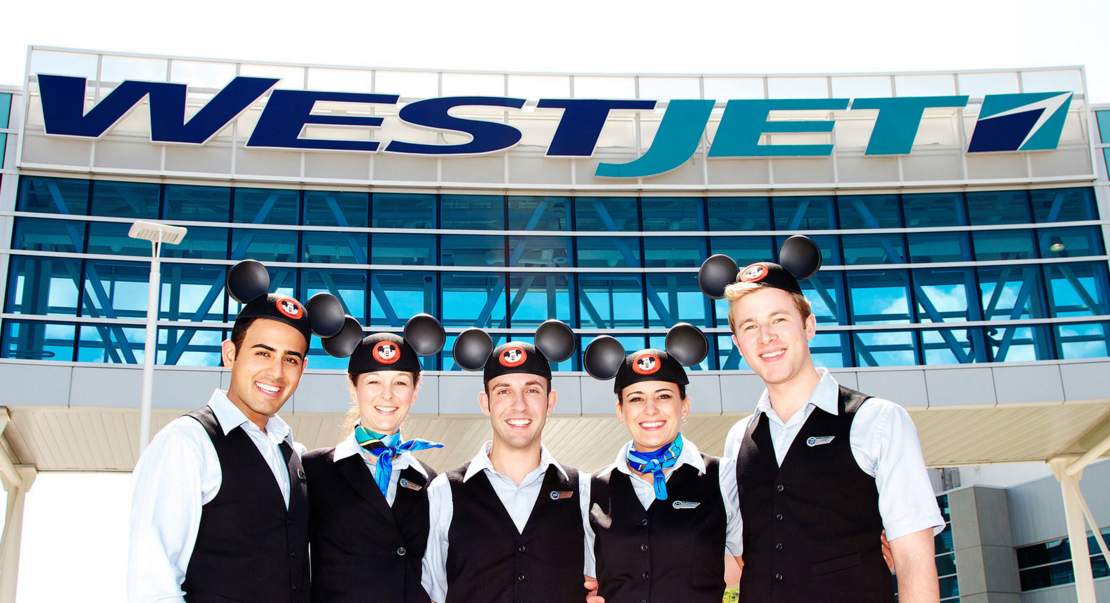 10. Innovation at its Finest
As airlines continued to try to find new ways for quicker travel, WestJet launched first e-boarding passes in 2007, becoming the first airline in North America to use this technology.

11. Above and Beyond Customer Service
WestJet is also known for its extremely successful marketing campaigns. This past Christmas, WestJet launched its “Christmas Miracle” campaign, which had every single WestJet employee do a good deed in their community. Over the years, the company has produced Christmas flash mob videos to surprise flyers in real-time with gifts they wished for, and flew to the Dominican Republic to offer gifts and supplies to locals in Nuevo Renacer.

12. Environmentally Friendly
WestJet’s vision is to become one of the five biggest airlines in the world. But as operations grow, so does the company’s environmental footprint. WestJet is committed to being environmentally friendly, operating its fleet and ground infrastructure by using fuel-efficient jets and technology.