The Great One hopes to follow the success of Drake’s recent footsteps with a new whisky.

After more than 10 years in the wine business (and years of sipping and swirling at parties), Wayne Gretzky launched his No. 99 Red Cask Whiskey yesterday.

And – as he told reporters at a private event at the LCBO in Maple Leaf Sports – he had no idea that Drake was now a competitor. The Trailer Park boys also recently released a whisky.

“We wanted to do something first class. . . to bring something different and unique to separate ourselves from other whiskies,” he told reporters. 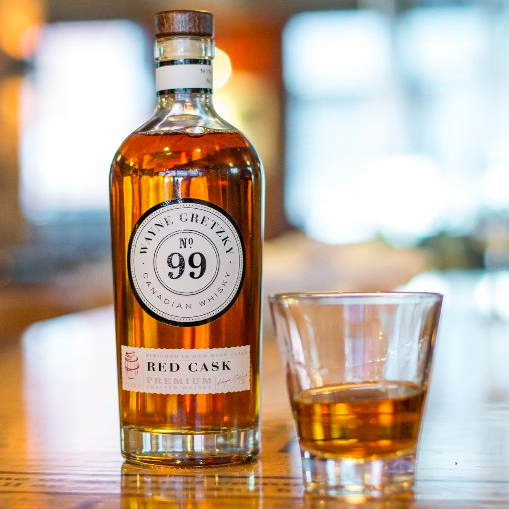 So, what’s so “great” about Gretzky’s?

For a unique spin, the spirit is finished in Gretzky’s winery’s red wine casks, resulting in a pale amber coloured whisky. Furthermore, the grains used to produce the blend are grow in the same soils that produce the grapes for his wine in Niagara-on-the-Lake.

The target market seems to be directed to the true whisky lovers and connoisseurs.

Of the recent celeb-produced whiskies, Gretzky’s is the only one that is said to cater to seasoned whisky connoisseurs, according to experts, as the Toronto Star reports. 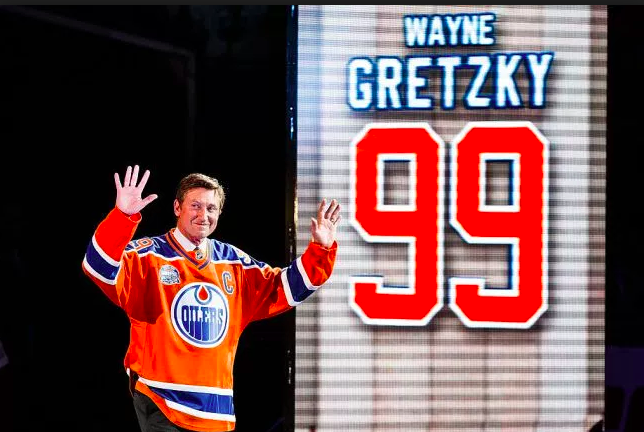 Is the Gretzky name alone enough to make the whisky drinkers stray from their go-to favourites?

The Great One seems to think so, citing the success of his award-winning wines in collaboration with the Peller family.

If you’re ever in Edmonton, you can sip both the wine and the whisky in Gretzky’s brand-new wine and whisky bar at the Edmonton International Airport, coinciding with Gretzky signing on as partner and vice-chair of the Oilers Entertainment Group last week.

Furthermore, for those who appreciate wine over whisky, The Great One’s new Wayne Gretzky Estates Winery & Distillery in Niagara-on-the-Lake will open a state-of-the-art facility to the public in the spring of 2017.

Meanwhile, the No. 99 whisky is now on LCBO shelves (just waiting to hit the ice).