Following the success of last summer’s festival, #WayHomies have been  anxiously waiting to find out who will be on the bill for this year’s WayHome festival.

Music lovers will be happy to hear that the recently reunited LCD Soundsystem, Canadian indie rock heroes Arcade Fire, and the Killers will all serve as this year’s headliners. 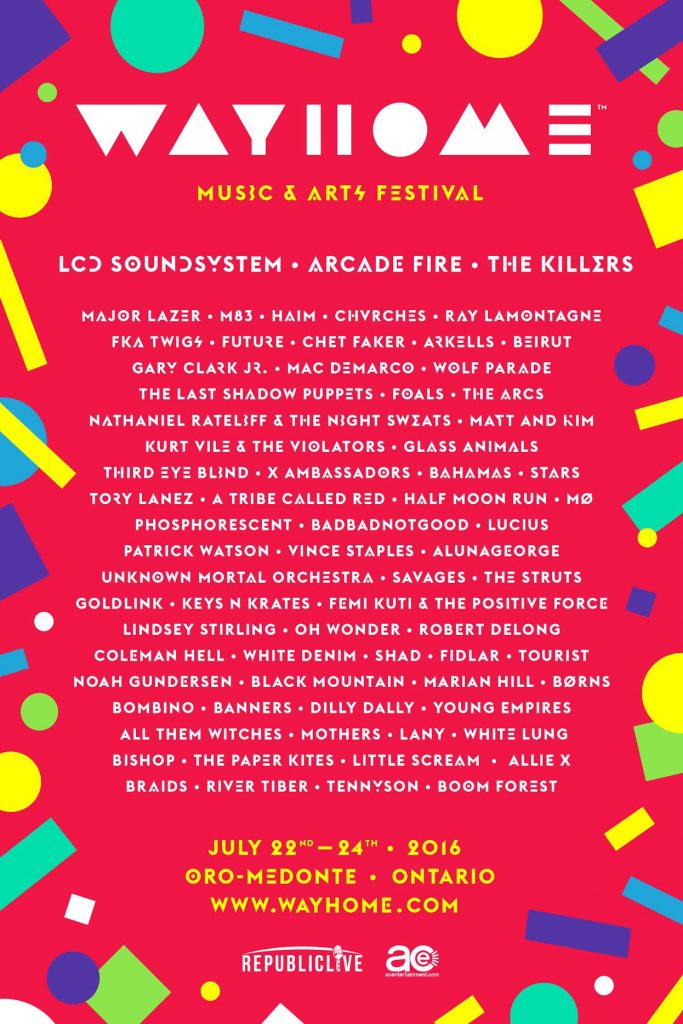 The second annual music and arts festival will take place at the custom designed Burl’s Creek Event Grounds in Oro-Medonte, ON, from July 22 to 24, 2016.

Mark your calendars because tickets will go on sale February 16th with the first tier of festival passes going for $209.99. Once those sell out, second tier passes will run you $229.99, followed by a third tier for $249.99.