We’re not too sure what to make of the TTC’s latest move.

Just in time for the holidays, the much-loathed TTC – which just approved another fare hike – has relaunched their online shop, now with the added claim to have “something for everyone.”

The shop features Toronto transit-themed merchandise that ranges from shower curtains and blinds to mugs, toques and baby onesies.

There’s even some artwork, including a canvas wrap of the Gladstone Hotel and images of their recent campaign with the National Ballet of Canada. 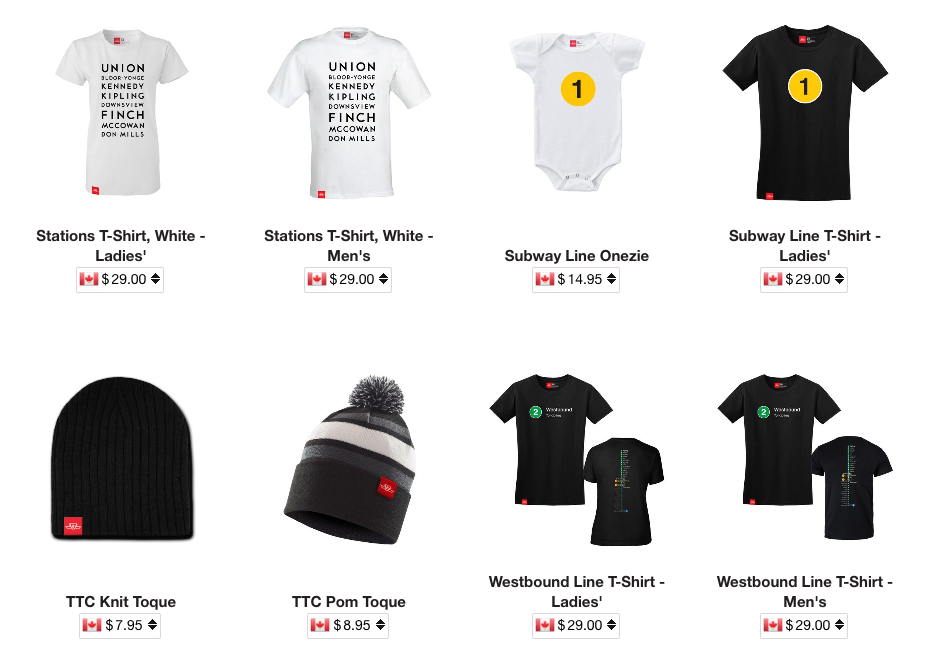 The thing is, the stuff is actually kind of nice, in a kitschy type of way. They also make unique gifts for your friends from out of town, or for family members who have moved out of the city.

Plus, we live in a time where Toronto pride couldn’t be stronger thanks to hometown hero Drake.

“Working with Toronto-based SVS Marketing, the merchandise was designed and produced with quality and appearance at top of mind. Emphasis was also placed on finding Canadian or locally produced merchandise,” read a news release issued by the TTC yesterday.

The public transit service alls the move “another step” in the “modernization” of the TTC.

Funny, we can think of about a million other steps to take before this one when it comes to modernization of the often-maddening system. On the positive side, the TTC said that they assume no cost in the venture and that the shop is fully managed by SVS.

The company will manage the inventory and fulfill orders with no cost to the TTC.

Um, they also have a lot of other things we don’t have, but I guess that is another story altogether.