You know that long, narrow patch of railway real estate stretching from Bathurst street to, like, the Skydome? Well, it could soon be a park.

Last week, the City of Toronto took a big step closer toward bringing Rail Deck Park to life. For those unfamiliar, Rail Deck Park is essentially a huge green roof that’ll span the railway tracks between Bathurst Avenue and Blue Jays Way. That’s 20 acres of green space right in the middle of condotown: 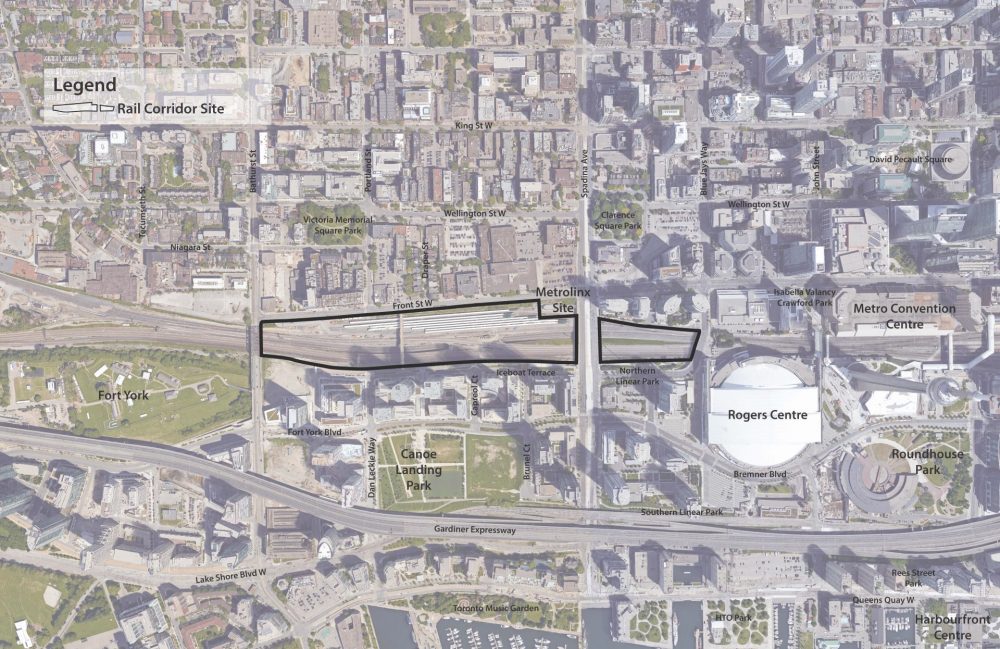 The railway system will be expanded and continue to operate beneath the canopy. Toronto City Councillor is fired up about the matter:

With today’s unanimous Executive Committee vote to proceed with acquiring the air rights, we took a big step towards building Rail Deck Park. Great cities invest in their future. Rail Deck Park is such a moment. It is the type of big city-building move that Toronto is ready for. pic.twitter.com/tVYKwUb2gA

Now that the City is close to securing the “air space” into which the greenery will be built, it’s time for the scope and budget phase. This is expected to begin in the third quarter of 2020.