The party transformed the space into an old Hollywood-themed party filled with cocktail tables and plush red sofas draped with strings of black and silver beads, candy girls, artists painting live portraits and impressive aerial artists on the bar. The lingering summer weather was enjoyed by guests on the hotel’s lush terrace, while inside guests could bid on a slew of silent auction items, with proceeds benefitting Artists for Peace and Justice. 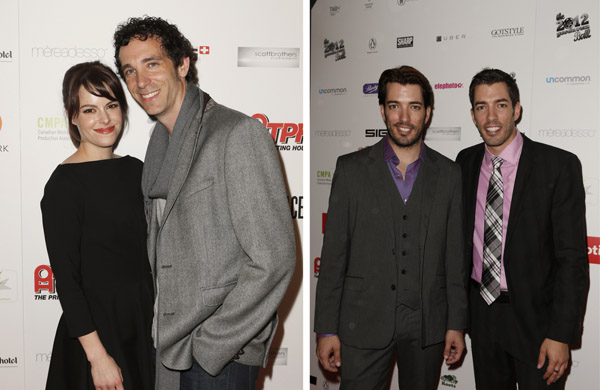 It being the first day of the 10-day festival festival, we caught up with some homegrown celebrities to find out how they were planning to maintain their stamina and endurance during the long days and sleepless nights on the TIFF film and party circuit. Luckily, many of these stars have had a few years of TIFF experience to draw from.

Drew Scott tells us that the key is balance and to “drink a lot of water, get as much sleep as you can and eat healthy.” It looks like he has no choice – the brothers began their first day of filming today at 7am. A self-proclaimed film junkie, he tells us that, despite the abundance of late nights and parties, he would like to catch films as well, admitting “it’s really not a bad problem to have, managing a schedule of films and parties.”

Looking elegant in a figure-hugging black lace Camilla and Marc dress, The F Word actress Meghan Heffern told us that TIFF is one of the few times of year that she actually “goes out,” and that the key to maintaining her energy levels is through “very calculated breaks, naps and water.” For Kenny Hotz (Kenny vs. Spenny), it isn’t water but sugar-free Red Bull. For Natalie Brown, she advises to “be selective in the events you choose to attend, to support causes you believe in, support your peers and the people that support you.” Of the events she is sure to attend include those that benefit Paul Haggis’ charity, Artists for Peace and Justice. 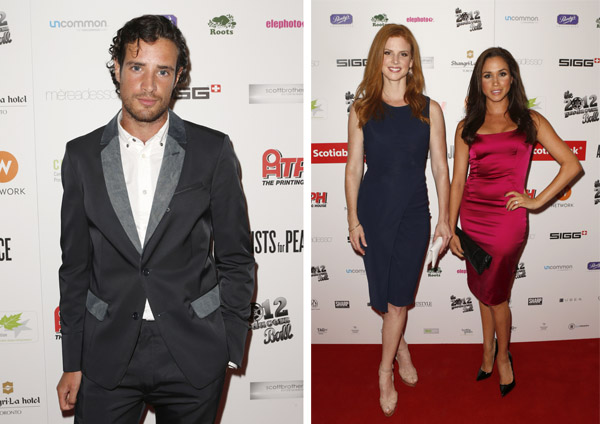 Wilder Weir (Oh So Cosmo) tells us he had a little help from Esther Garnick’s Essentials Lounge at Hotel le Germain Maple Leaf Squre, which provided him with everything he needs to survive the festival, from Calvin Klein undies to Tums Freshers and Glaceau Vitamin Water.

For some stars, maintaining energy levels comes naturally, as Lyriq Bent tells us that, for him, “stamina is never a problem.” If he had to offer some advice, however, it would be “sleep, coconut water and limited booze consumption.” He tells us he is most excited for the premiere of his film, Home Again, which takes place on Wednesday.

On to the next!