Catching up with old friends is great.

You get to see what they’re up to, have a few drinks, reminisce about the good old days, and enter the Central American drug trade.

Okay, maybe the last part isn’t for you – but it is for the cast of Mad Dogs, Amazon’s latest critical hit that’s available only on shomi in Canada.

With the stunning seascapes of Belize as a backdrop, a group of old pals – now in their 40s – reunites to celebrate the early retirement of one of their friends. Only it turns out they’ll be getting involved in a heck of a lot more than any all-inclusive has to offer – including a cat mask-wearing vigilante.

With a star-studded cast that includes former Sopranos, Weeds, and Treme alumni as well as everyone’s favourite Titanic villain, Billy Zane, Mad Dogs has a little paper we like to call The New York Times touting:

“Mad Dogs starts off strong and constantly accelerating… a fine, macabre sense of humor, and the performances are strong from top to bottom.”

What’s more, shomi wants to show you what it feels like to live in a world of high-risk, high-reward. So they’re spreading €50 notes all around Toronto and Vancouver for you to find. Why Euros? ‘Cause that’s what Central American drug traffickers trade in, you rookie. Don’t worry though, we expect you’ll catch on quickly when this much cash is up for grabs.

Simply follow @ACatJustWalkedIn and look for both #ACatJustWalkedInYYZ and #ACatJustWalkedInYVR hashtags on Instagram to see what this cat is up to…and where he’s leaving his mark. Make sure you also check in with famous Instagrammers roof_topper and morganersmith to keep up with the most current clues.

You’ll have to move quickly though; we don’t expect free money will sit still for very long. And the game has already started: 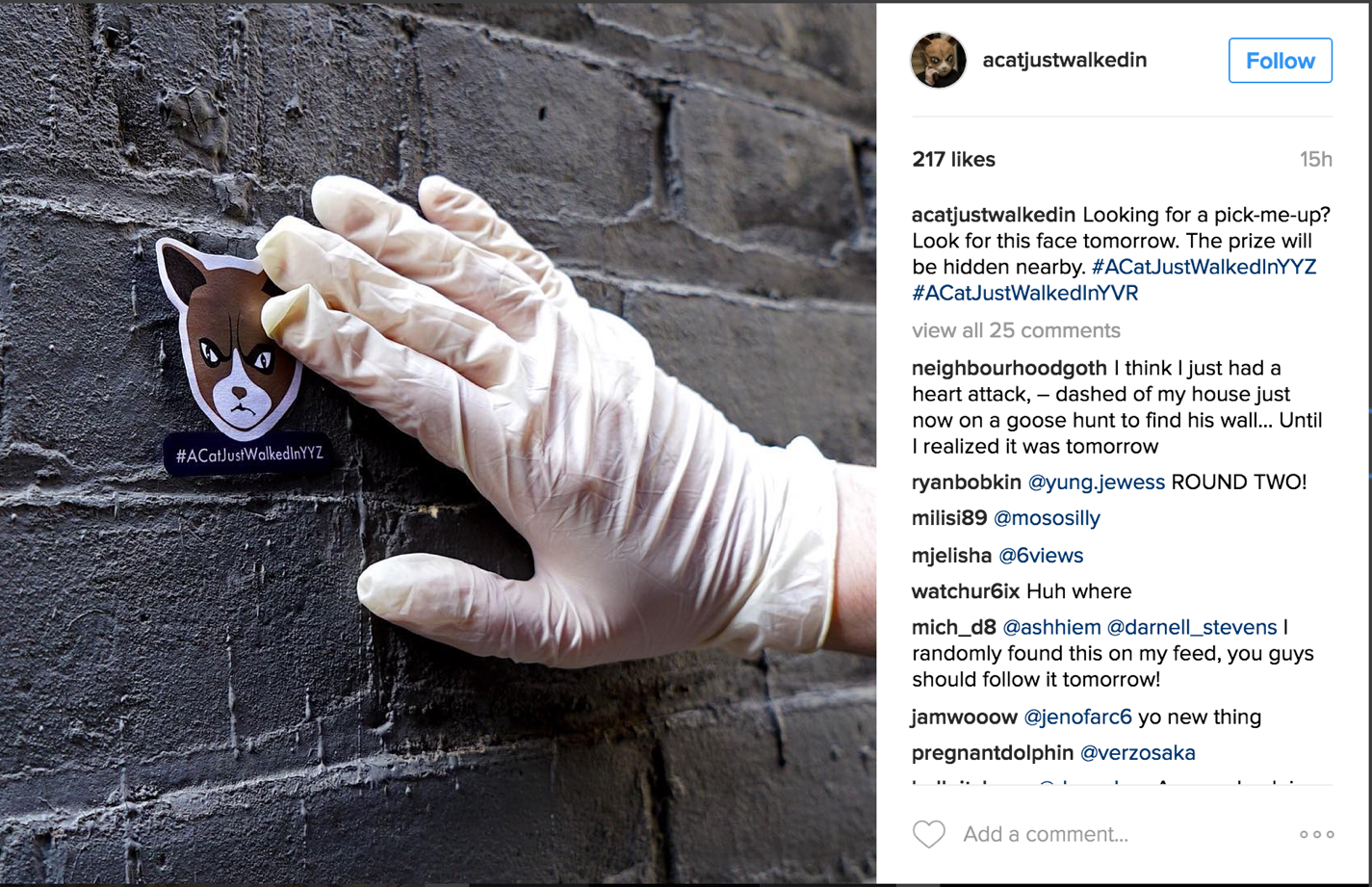