London commuters are about to get sweaty.

Gym company 1Rebel plans to launch Ride2Rebel later this year with several routes across London, pimping out buses out with spin bikes, mirrors, tinted windows, pumping music, nightclub-worthy lighting, and of course an instructor to spin you into shape.

What’s the deal with London lately, anyway? Just last month the city announced it will be opening a restaurant that allows diners to eat in the nude.

The bus will travel the most popular commuter routes across London and will end at one of 1Rebel’s downtown gyms so riders can use their facilities before work to shower and enjoy a smoothie.

You might be thinking to yourself, “Why don’t I just ride my bike to work instead of being trapped on a sweaty moving bus and having to pay?” Well, anyone who’s ever taken a spin class can attest that spinning is completely different from cycling. You not only have a way better workout from spinning, but you can actually hear your muscles screaming in agony as you climb that neverending hill. 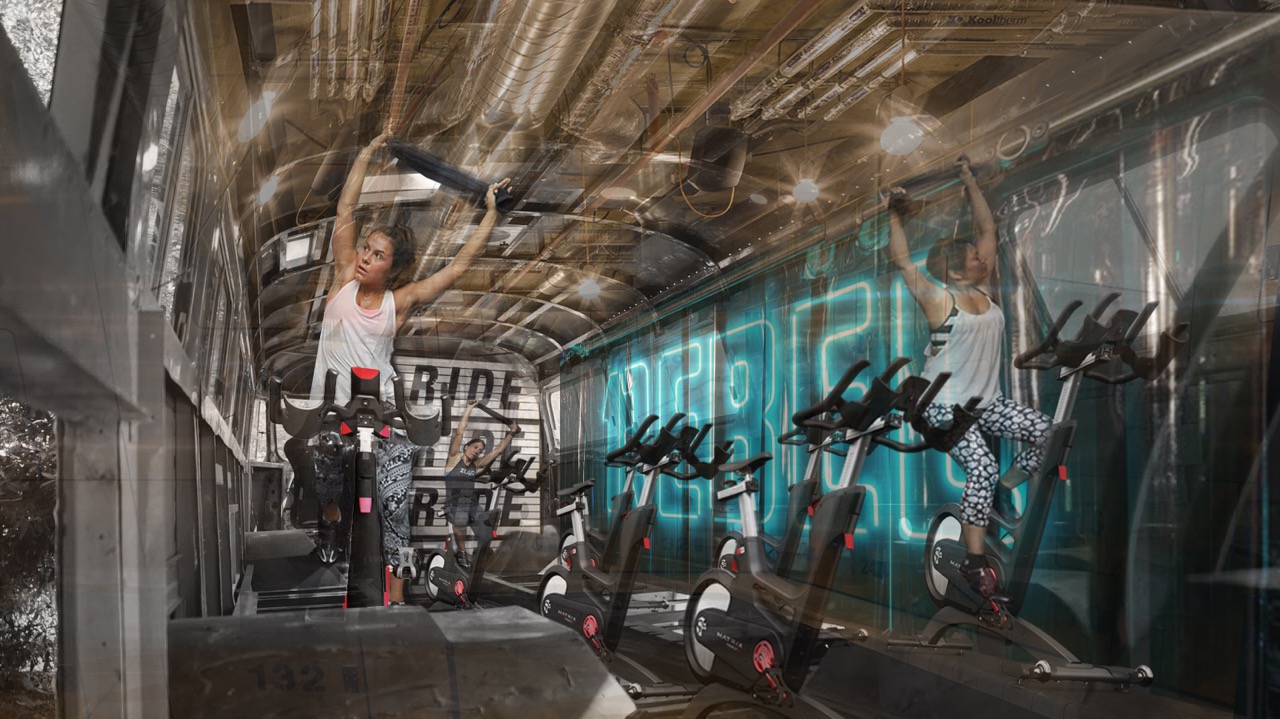 1Rebel’s spin class will be 45 minutes long and include a high-intensity interval training (HIIT) that will include working out with upper body weights. Each class will cost between £12 and £15 ($22-$28 CAD), which isn’t bad considering it includes your commute to work and most drop-in spin classes cost around the same price.

The fitness brand is currently in talks with a number of bus companies to get this project rolling, but still needs approval from the government. If it were approved, the bus could launch after the summer.

Our only concern is what happens in the case of a traffic jam. We can only hope there will be someone available to help you get into work after two solid hours of spinning.