It’s no secret that working for the government is a lucrative gig. For the most part.

How lucrative? Well, the numbers are in. The Ontario government has released its Sunshine List, which reveals the salaries of all public sector employees who were paid $100,000 or more in 2018. You can thank a little thing called the Public Sector Salary Disclosure Act for enforcing that this info is public. 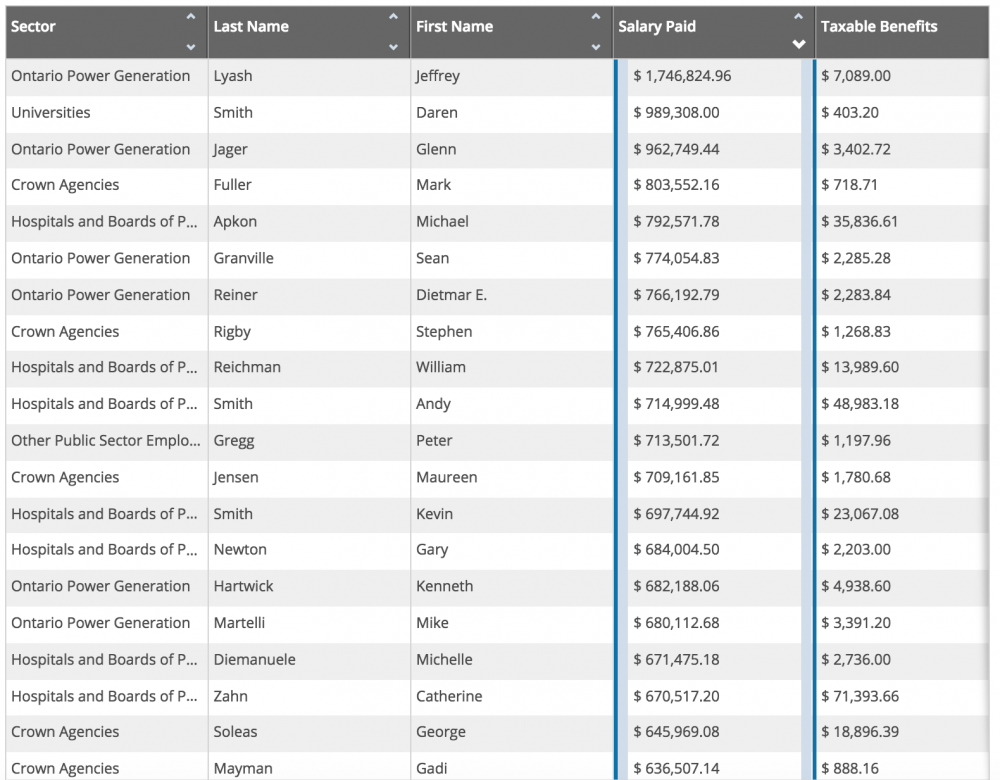 “Proactively releasing information on public sector salaries is part of the government’s commitment to being open and accountable to taxpayers,” wrote the government in a statement. Nice, thanks.

“Releasing the Public Sector Salary Disclosure compendium is part of our government’s commitment to restoring trust and accountability for the people of Ontario,” said Peter Bethlenfalvy, President of the Treasury Board. “These are your taxpayer dollars, and we remain committed to directing government spending towards front-line programs and services – such as healthcare and education.” Sounds good.