Is anybody really that surprised?

A graphic has begun circulating the internet claiming to accurately point out the severely unhealthy things that happen to your body one hour after consuming a Big Mac – and they will make your stomach turn, literally.

In fact, it basically makes you feel like you’re going to die if you eat one.

The graphic, from fastfoodmenuprice, touches on many different and terrifying things. 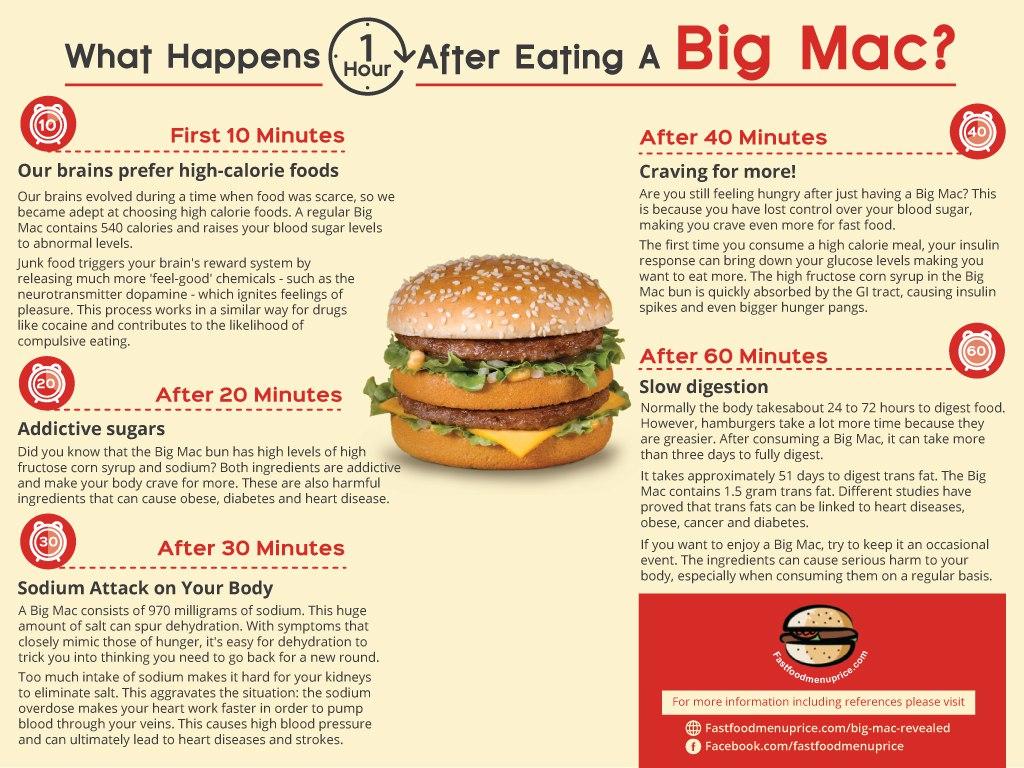 Now, if you’re sitting there worried about the fact that the Big Mac you ate at 2am three weeks ago is still burning a hole in your GI tract, remember, a similar graphic started floating around the internet a few months back describing what happens one hour after you drink a can of Coke.

But, as with most things on the internet, the coke graphic was found to be a little bit liberal with something we like to call ‘facts‘.

But regardless of whether of not this newest graphic is 100% accurate, we’re still pretty sure your body isn’t happy after you eat a Big Mac. In fact, the graphic left out the biggest downside that comes one hour after eating one – the ‘I need to re-evaluate my life’ discussion that takes place…