If today’s dreary Toronto weather has you dreaming of sunnier times, we have just the cure for your summertime sadness.

Ginger Ale & The Monowhales are a five-piece indie rock band hailing from Toronto and their music video for their new single ‘Home’ will have you feeling all the love for the 6ix.

Shot in a POV-style, the video follows the band on an epic adventure through some of the best parts of the city.

It also doesn’t hurt that the song is super catchy.

“Essentially, we wanted to write a love letter to the city of Toronto and make a video to match,” says the band via Facebook Message.

“The video is a bright and sunny journey through the best day you can have in Toronto. The whole band grew up in Toronto and the video showcases all the landmarks and activities that we’ve grown to associate with our beautiful city.”

The band takes a quadricycle ride through Toronto Island, fuels up at Sneaky Dees, ends the night with a show at Horseshoe Tavern.

The band worked with Chris Hau from Know Hau Media, a local production and marketing agency, to bring their video to life.

“Chris built a rig to shoot it from the first-person perspective. He mounted a camera on a helmet and wore it around like that the whole day! His neck sure hurt after that,” the band said.

At the time of writing, the video had racked up over 22,000 views on Facebook, and been shared and liked hundreds of times. 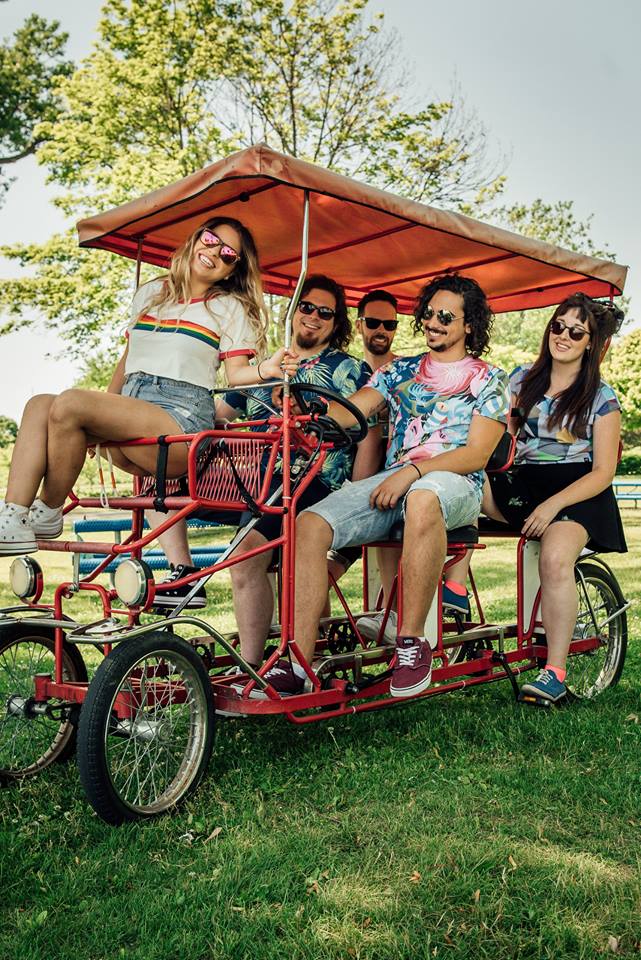 “Summer in Toronto has such an amazing vibe, and we wanted to highlight that. Also, Toronto is consistently rated as one of the best cities in the world to live so we wanted to see just how many awesome things we could do in one day.”

To that we say, mission accomplished.