The definition of ‘cruise’ is changing.

And winding, and floating, and bending, and slithering.

That’s because the future of ocean-afloat vacationing may find itself aboard a spine. MORPHotel is a new luxury hotel concept that consists of a kilometre-long shape-shifting vertebrae that supports a series of individually connected pods housing everything from rooms to swimming pools.

The structure morphs dependent on ocean currents and is capable of docking at harbour cities, and it can even become a docking station itself for boats and other vessels. Solar panels and the production of energy through the movement of waves aim to make the vessel completely self-sufficient. This self-produced energy will be used to filter and store rainwater, as well as to to desalinate sea water. 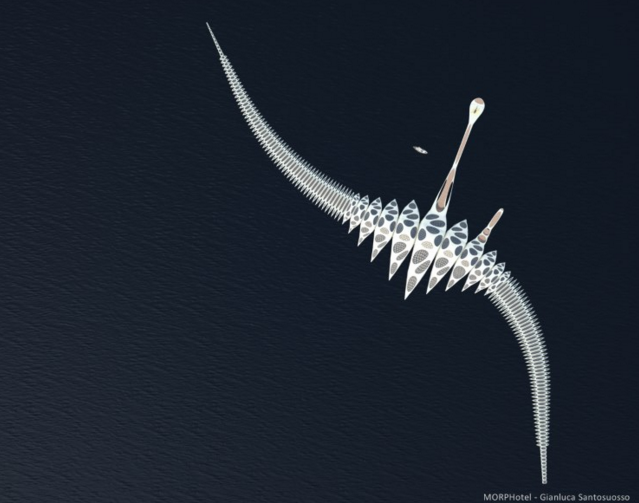 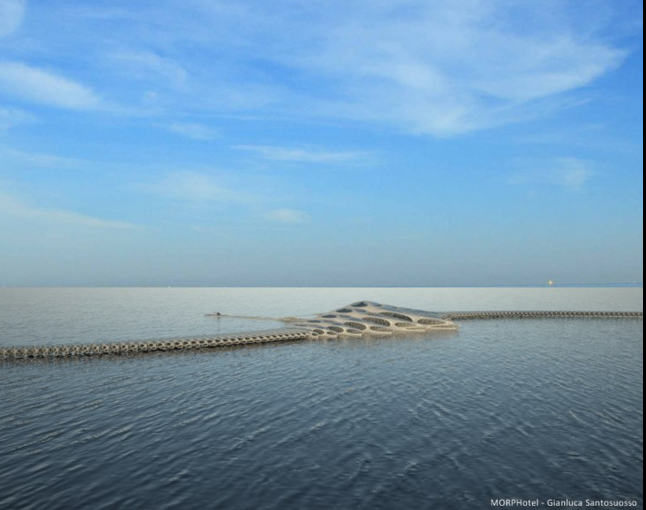 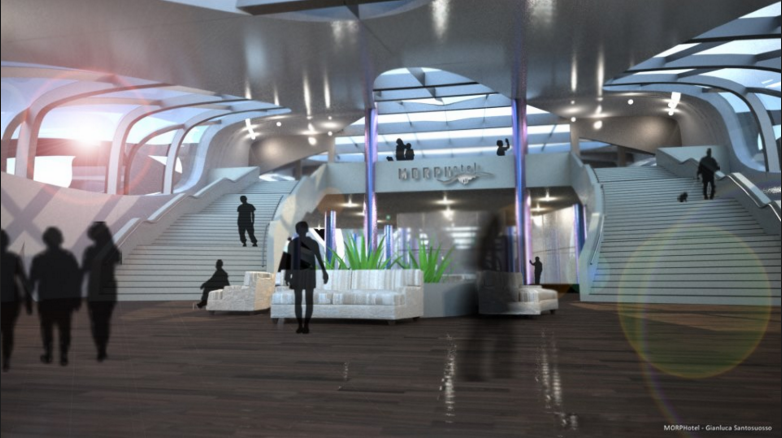 Water-level glass rooms protrude from each tip of the backbone, and guests also have the option of staying in rooms that function as independent boats that can drift away from the main structure. They’ll be privy to a vegetable garden as well.

The hotel will perform a perpetual and slow movement across the world with regular stops at noteworthy oceanside destinations, like coral reefs and exotic atolls.

Designer Gianluca Santosuosso hasn’t yet released information on how the hotel is expected to cope with turbulence.